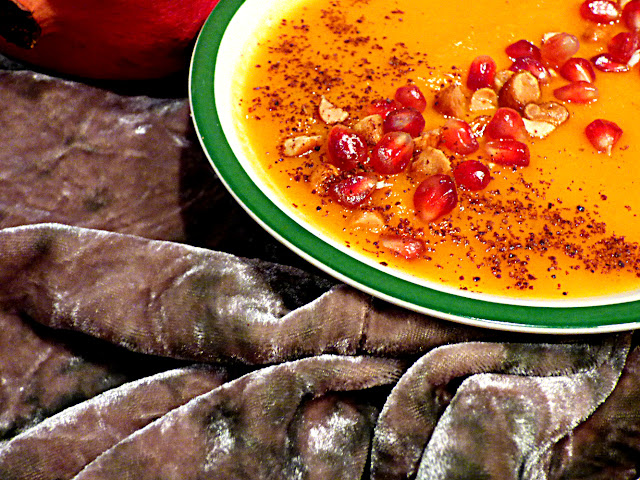 I make a pretty good sweet potato soup, but when I have seen the recipe for Sweet potato, sumac and pomegranate with roasted peanuts, coriander and lime soup in the latest issue of Sainsbury's magazine, I wanted to try this flavour combination. I have a small pot of sumac, but would have never guessed to add it to a sweet potato soup.
I have adapted the recipe, adding some extra ingredients and using substitutes, so if you want to see the original recipe, get the magazine, this pretty soup is featured on the cover. 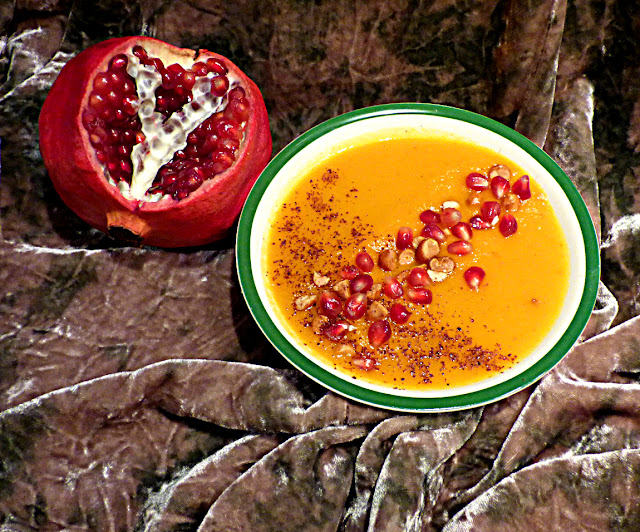 Fry the finely chopped onion and garlic with the olive oil for about 5 minutes. Add the sumac and chilli paste, stir for a minute, then add the cubed sweet potatoes, chopped tomatoes and carrot as well as a good-sized handful of dried red lentils. Add the stock and coconut milk. Bring to boil, then lower the heat and simmer for about 25 minutes until the potatoes are soft.
Once cooked, blitz with a blender until smooth creamy consistency.
Serve hot with chopped peanuts and pomegranate seeds scattered over the thick soup. Sprinkle a bit of sumac  and squeeze a bit of lime juice over as well.

While sumac and peanuts felt absolutely right to go with this soup, pomegranates didn't quite work for me. They make the soup look pretty, but not sure soup is the right dish for them, and I do love pomegranates. Just not in soup perhaps.
Have you tried the original Sainsbury's recipe? 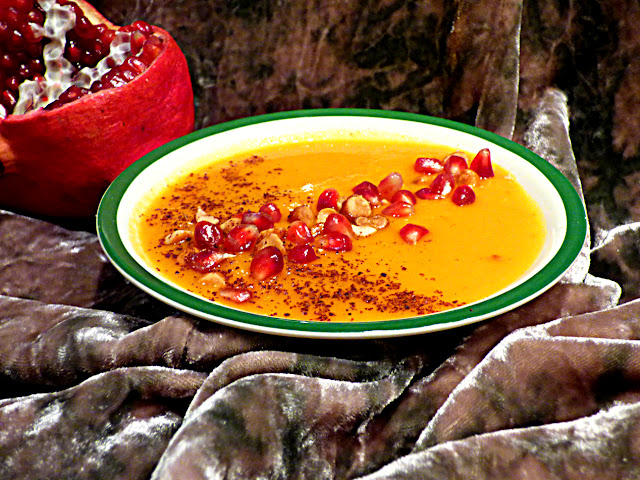 In this recipe I used Koko Dairy Free Original, which arrived in the last Degustabox selection, and it's very tasty. This is a lovely dairy free alternative to milk, made with coconut milk. Coconut milk adds a touch of luxury to this flavourful soup.

As it is a vegetarian soup, it's a good candidate for No Croutons Required linky hosted by Lisa at Lisa's Kitchen and Jacqueline at Tinned Tomatoes. 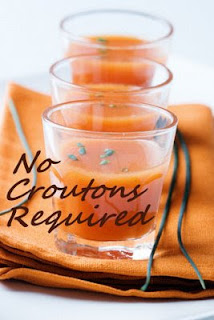