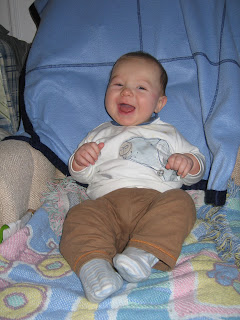 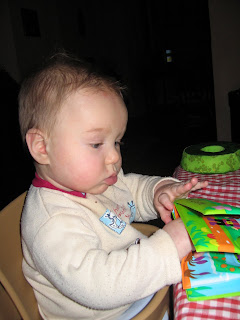 Can't say time flies, as it's been six long months, especially the nights have a tendency to drag forever, but we reached the six months. Eddie is a real character, very demanding but also funny and sociable. He loves being around people. Sasha is his hero. When Sasha comes home after school, Eddie looks at him with such admiration in his eyes. His eyes are shining like a newly polished copper button. Sasha occasionally kisses Eddie in a condescending manner, but most of the time he either ignores him or tries to block out, like switching off the monitor in the kitchen when I am cooking and Eddie is in his crib upstairs.
Eddie is very good now at turning over, from his back to the front position, has learnt how to do it just before he hit five months. He is very vocal, and does a great impersonation of a motor car doing drrrrrrrrrrr-drrrrrrr.
He also loves his new Stokke high chair. I bought it just before Christmas, and it took my hubby almost a month to assemble it as I have been nagging him every day.
Eddie is all smiles and giggles, that is when you hold him and play with him. LOL
Happy birthday, Eddie!
Posted by Galina Varese at 08:45:00 No comments: 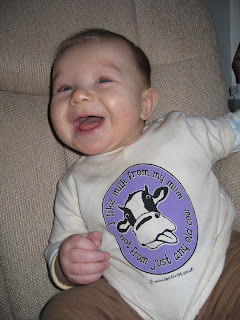 Eddie takes a stand on the breastfeeding argument. Love his t-shirt from Lactivist.
Posted by Galina Varese at 10:19:00 No comments:

Email ThisBlogThis!Share to TwitterShare to FacebookShare to Pinterest
Labels: Lactivist 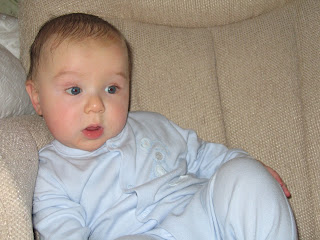