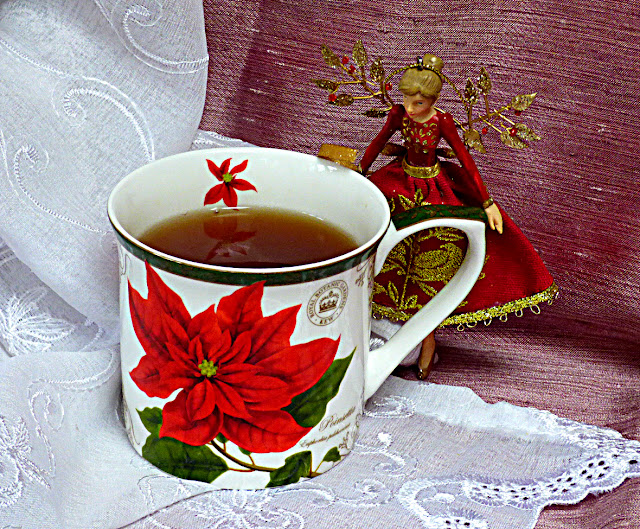 I am a tea addict. As simple as that. I wish there was a society for people like me where I would stand in a circle of similarly "afflicted" and confessed that I am a tea-holic, and nobody would laugh at me, but will nod with understanding. I'm not joking. Or at least not entirely joking. Just the other day I started counting tins and boxes of tea in our kitchen. I counted to 100, and then stopped (so there are more than that). I didn't count the small pouches of samples which were sent to me for reviewing. These were full sized boxes and tins.
I cannot pass an aisle with tea without looking longingly at the shelves stacked with pretty boxes. Also a local Whittard's is "conveniently" located on the way home from the town centre, and oh those tins of tea, they are calling to me.
I don't do new year's resolutions, as I don't stick to them. Losing weight would be fantastic any time of the year, less caffeine is also common sense. Decluttering should be my life's goal, and I am forever taking bits and bobs to the charity shops. Actually I am pretty good at sharing, as my friends would testify.

But tea... tea is my undoing. I cannot resist a new kind or brand when I see it in the shops.
So, my big new year's resolution is to go through all the boxes, locate those which have expired recently or are about to expire, chuck out which have expired a long time ago. I should also stop buying more tea, and that will be hard.
The only concession for getting new teas would be if I get it for reviewing (here should a guiltily grinning smilie).

Most major tea brands and many supermarkets have released a Christmas spiced tea in the run to Christmas. I was actually quite modest shopping-wise, and only bought two varieties of spiced tea, one from Waitrose and one from M&S.
I loved the festive red and gold tin, which contained M&S Christmas Spiced Tea. In fact, I liked it so much that I got at least three tins for gifts to go with my homemade chutneys and jams. 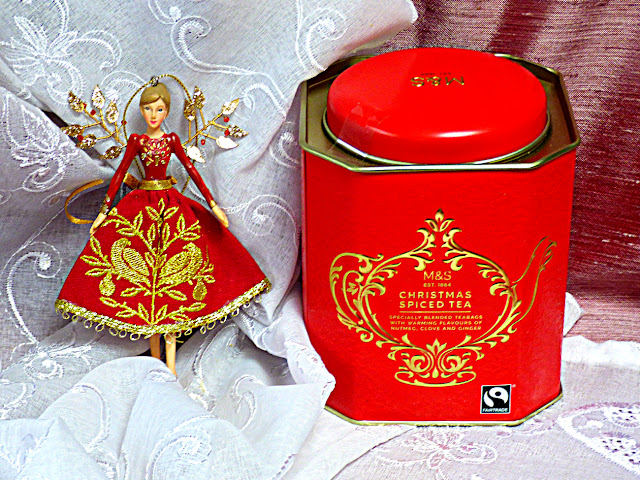 This is Fairtrade tea. Ingredients include Black tea, Cassia bark, Allspice, flavourings (clove, cardamom, ginger), Nutmeg. It is a well-balanced blend of spices, not too spicy, I'd say relatively mild in comparison to some of the spiced teas I favour. It is quite dark in colour, a decent refreshing brew. I have tried it with and without milk, and prefer it without milk, with just half a teaspoon of honey.
I have noticed this tea goes for £2 on sale in M&S at the moment, so if you like spiced teas, grab a box.
Have you bought any of the Christmas teas, and what did you think of them? 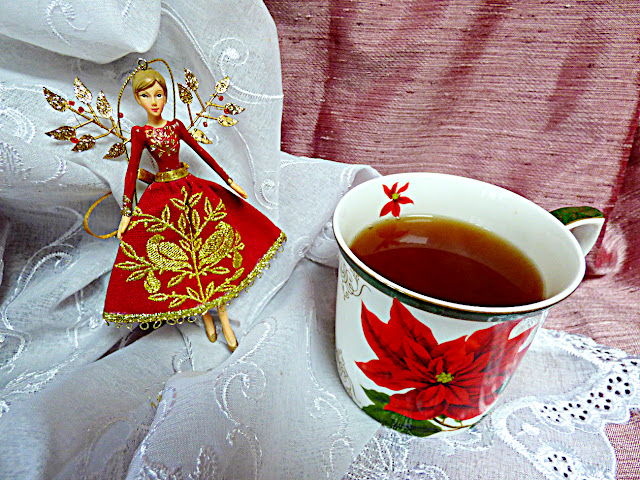