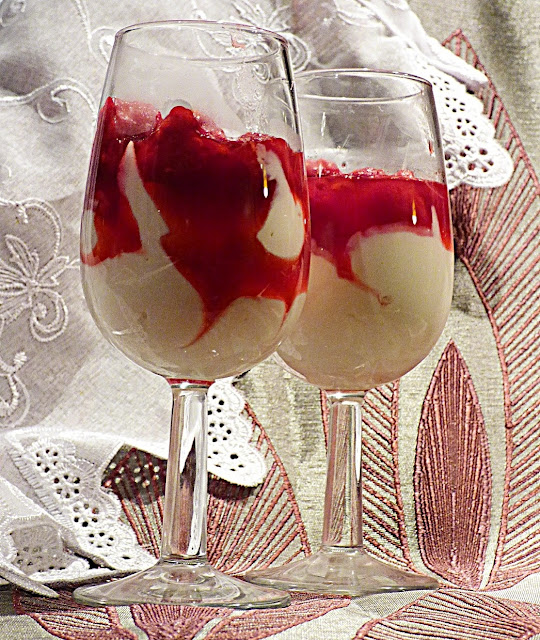 This week has been yet another hectic week, and I am totally behind with blogging about my recipes. Only just managed to write about the haggis sausage rolls which we had on Burns Night.
We ended our dinner with a mascarpone and raspberry dessert.
I know it sounds totally dull, but I wasn't sure what's the best way to call this sweet dish. It's not a fool, not a trifle, it is a bit like a cranachan but without oats or cream, so it's just that, a mascarpone and raspberry dessert.

Zest an orange and squeeze the juice. Put the zest and half of the juice in a small pan, add the whisky, rosemary sprig and caster sugar, bring to boil, until the sugar dissolves. Add the raspberries, lower the heat and cook for a couple of minutes (you want to keep some berries whole not mushy). Set aside.
Beat the mascarpone with the remaining juice.
I used a blood orange, so it gave a light pink shade to the cheese. 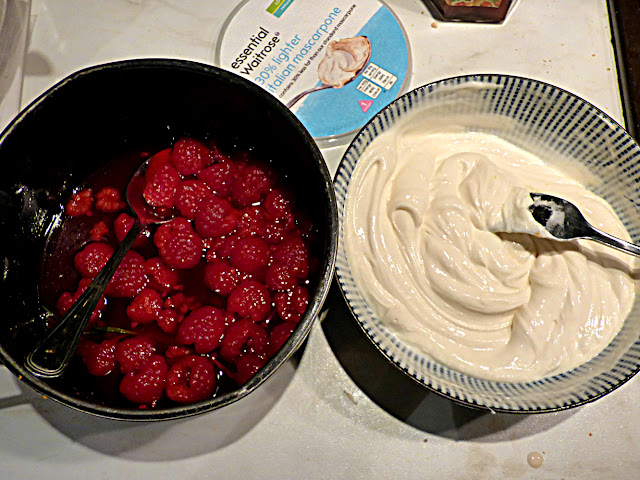 Spoon the mascarpone in a small food bag, and snip the corner. Squeeze half of it in a glass. If you use wider glasses, you probably won't need a food bag. I tried spooning it into a narrow wine glass, and it looked a mess, believe me. Not very festive. 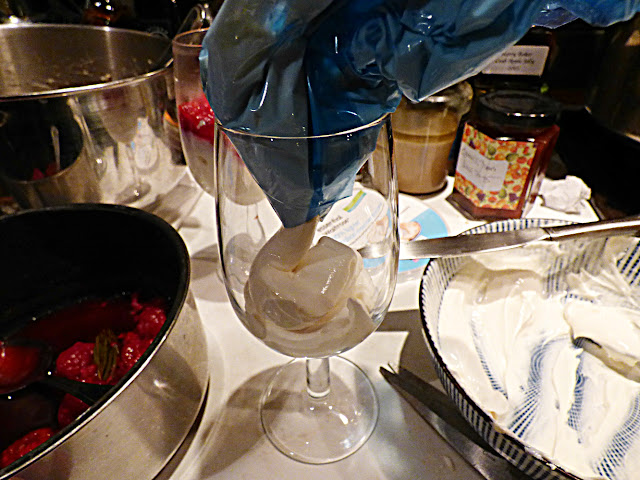 Then top up with the raspberries. Put the glasses covered with a cling film in the fridge for a couple of hours to chill.
It's a delightful light dessert. If you don't fancy whisky, use a bit of raspberry liquer or port. But as it was the Burns Night dinner, I wanted some Scottish flavour, and bought a small bottle of Bell's whisky. I am not an expert on whisky, and bought one of the less expensive varieties. My father in law loves whisky, so we often buy a pricey bottle for him in the airport when we go to Italy. As for us, we're not great drinkers of stronger stuff. Last time I got a bottle of whisky for cooking, it lasted me for more than a year, as I was using only a little bit at a time. 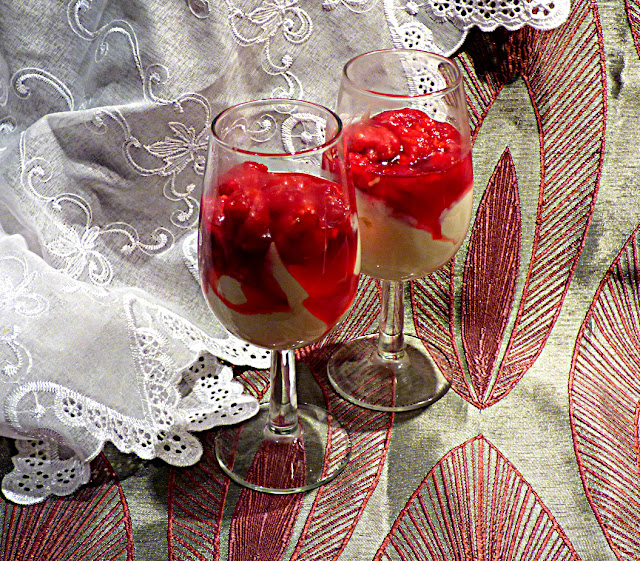