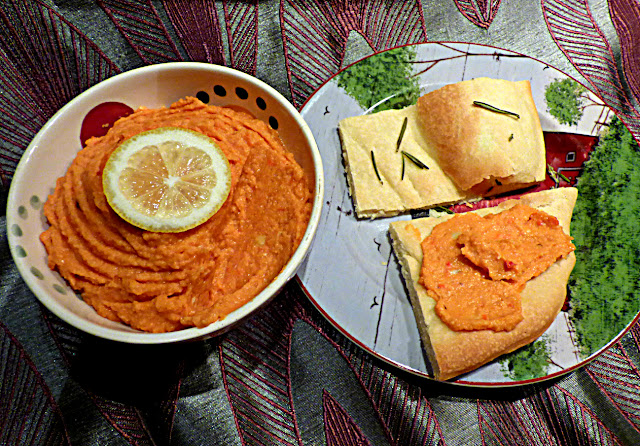 Browsing the latest Weekend magazine of The Guardian, I read with interest that Yotam Ottolenghi said "After olive oil, tahini is the second most important ingredient in my kitchen". Like Yotam, I do love my olive oil, and usually have a few bottles at any given time.
I fancied making some hummus today, and knew I had a jar of tahini hidden behind the rows of the other half-eaten jars of preserves and chutneys.
I don't remember when I bought it, but it must have been a while, as the sell-by-date was last November. It looked fine though, under the layer of oil, so I thought it was still OK. When I tried to spoon the contents, it was a solid mass, a kind you would use to repair the dripping pipe. I suppose it would have made a good plug, but it wasn't suitable for consumption. Alas, that shows just how un-important tahini is in our house, if I haven't used it for ages. Though it would have added a nice flavour to my hummus, it wasn't meant to be. 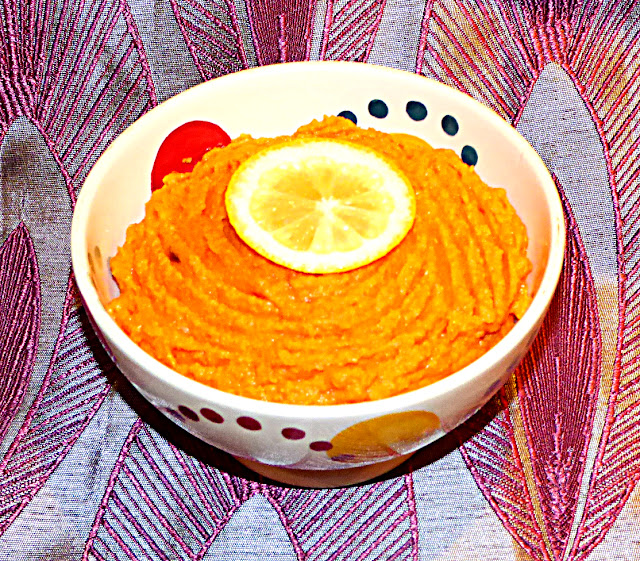 First quarter a sweet pepper and put in a roasting tray with the halved tomatoes and garlic cloves, drizzle a bit of olive oil over the vegetables and roast for 20-25 minutes at 180C. Take the garlic and tomatoes out earlier, maybe after 20 minutes. Peel the skins off the tomatoes and pepper.
Drain the chickpeas and rinse with the cold water in a colander. Put the chickpeas, garlic, tomatoes and pepper in a medium sized bowl. Season well, add the lemon juice and olive oil. Blitz with a hand blender.
Serve with a nice bread or as a dip for crudites.

We love hummus, and this version is tasty and so easy to make. It will also appeal to kids, being so bright and colourful. 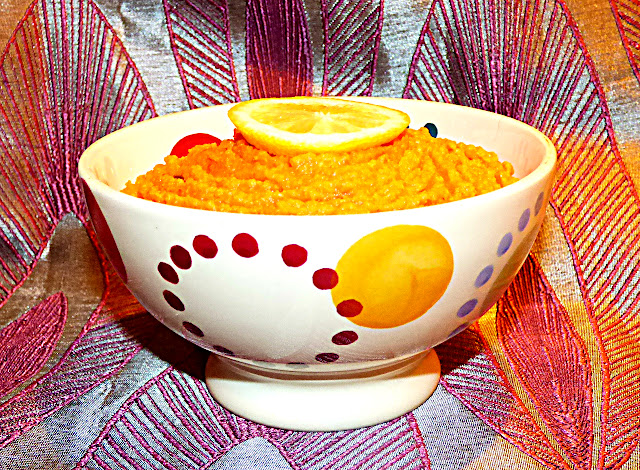 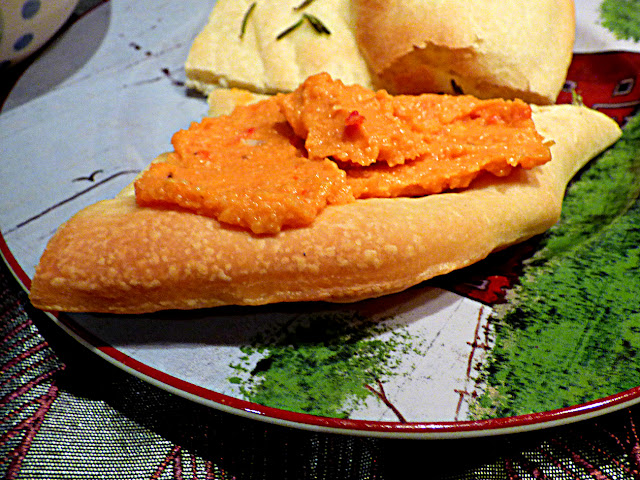 Email ThisBlogThis!Share to TwitterShare to FacebookShare to Pinterest
Labels: food and drink, recipe