Our hermit Sash doesn't often play with his younger brother, so when he does, Eddie is just the happiest little boy in town. Love the photo of my two precious boys, so alike and so different. 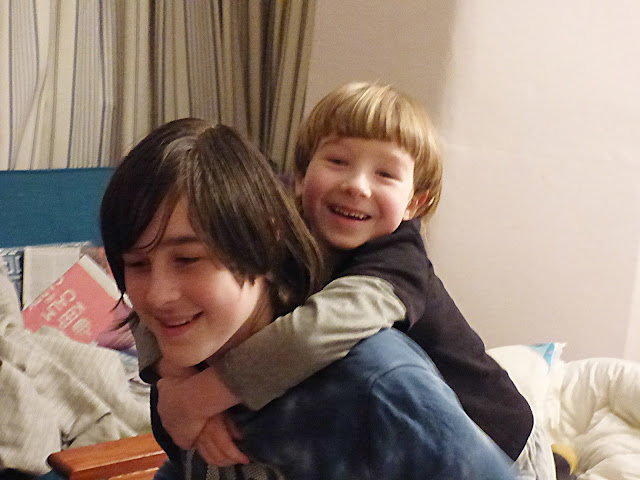 There was a drawing competition in Lego Star Wars magazine recently, where you had to draw a spacecraft. When Eddie drew this picture, I asked him what it was called. He said "A spaceship of doom". Yep. Not a spaceship of Joy or some other innocent title. We're into villains apparently. 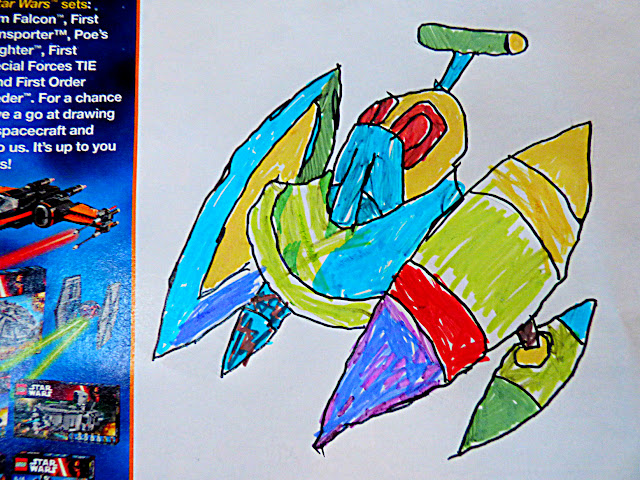 Eddie's been off school for a couple of days this week, as he had an unexplained high temperature. It must have been a virus of some kind, as he didn't get any other symptoms, no cough or sore throat.
I didn't take any other photos that day, just the food pics, as usual. This was a leek and potato soup with flaked almonds. 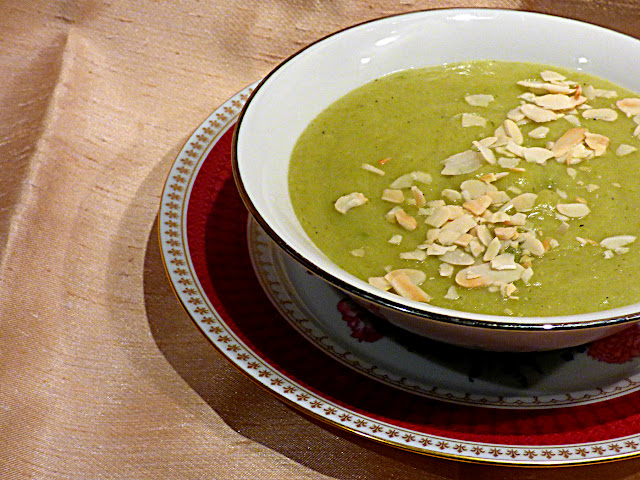 The lavender in the big pot in the garden has tiny blue flowers. This is such a confusing season for all the plants, mild and wet. 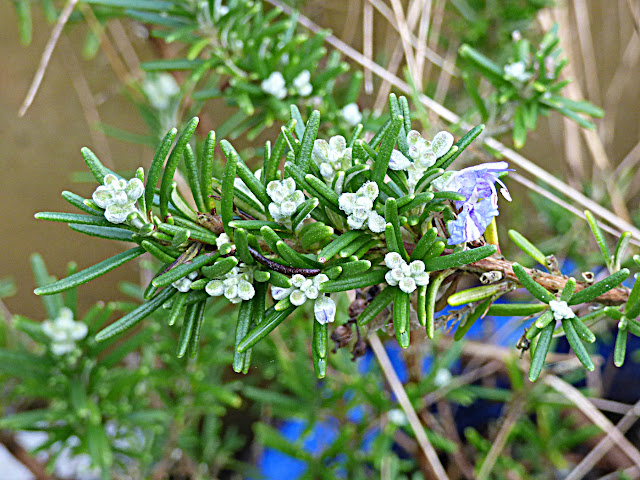 On Thursday morning my husband and I popped in to the local gastropub The Fleece for a quick cup of coffee and chat. This beautiful little bouquet was on the table.
It was not the best day of my life. First I went to the meeting with the head of the school to discuss some issues in their curriculum with which I have completely disagreed (without going into much details, I'd say it wasn political correctness gone mad, and totally inappropriate for 5-year-olds).
Then on the way home after school I managed to trip over the uneven flagstones and fell flat, scraping my hands, legs and elbows. My hip is all bruised badly, but thanks goodness, I didn't break anything.
A young teenager of about the same age as our Sash stopped by and asked me if I was all right, and if I would like him to help me to get up. I was really touched. There are some lovely young people around, whose parents have clearly done a good job. 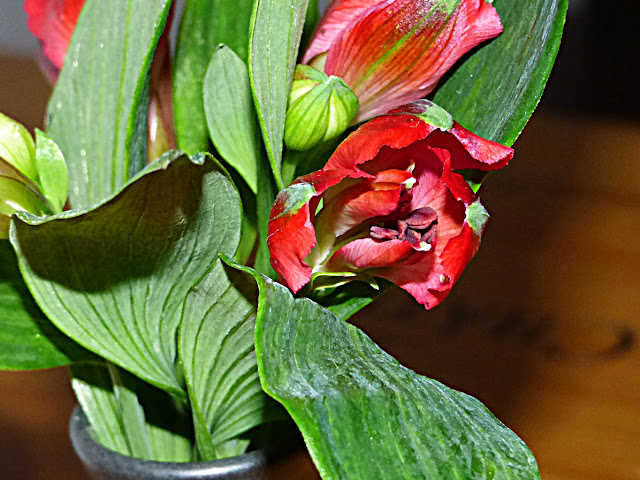 Having two toy shops on the way to school and back home is not good for my pocket. Though I didn't buy the Lego set my cheeky son wanted, I did buy him a couple of minifigures (both yesterday and today, after we did some grocery shopping). 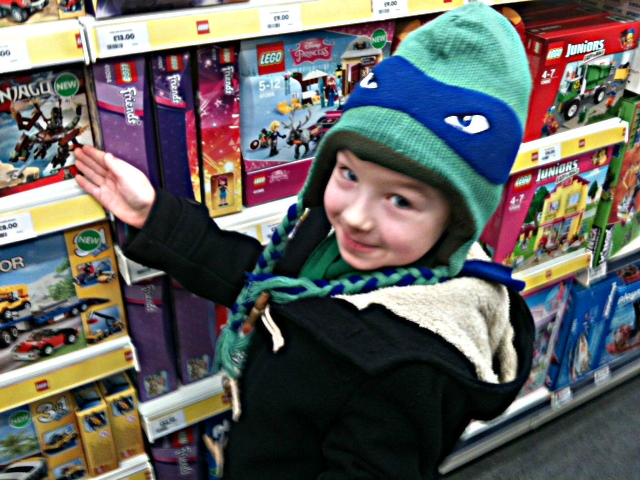 Our today's acquisition - a super winged warrior from Miniseries no.15. I was most grateful to the toy shop assistant who opened a new box for us, and helped to find the toy we wanted. He's the official "feeler", according to his colleague, and there was a mini crowd of kids around him, asking his help (which is truly fantastic. With the previous series we got so many doubles). We are still half-way through the collection, but Eddie is very happy with today's toy, as he wanted it from the beginning. 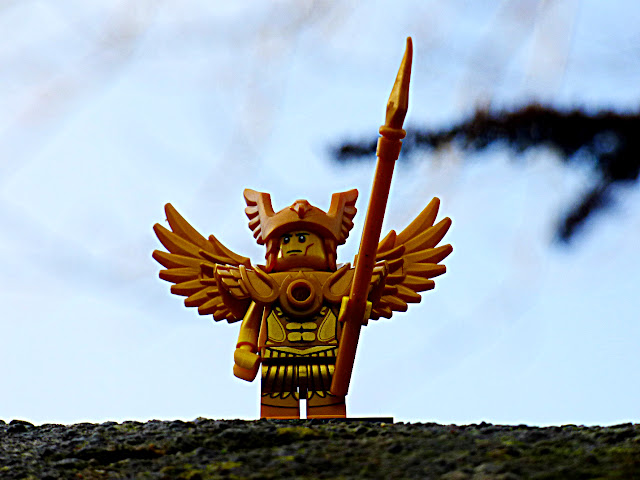