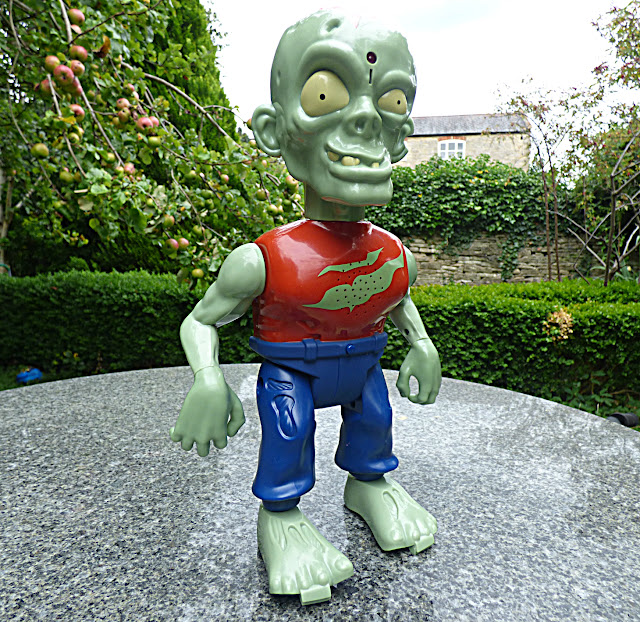 “I love zombies. If any monster could Riverdance, it would be zombies.” Craig Ferguson

The beauty of being a lifestyle blogger is that you never know what you might be asked to review next. Never in a million years would I've guessed I'd be shooting zombies. Yet this is exactly what I did when a Zombie Blast toy from Character Online arrived. This is not a kind of toy I would give as a gift to unsuspecting relatives, but my tearaway of a son found it hilarious. 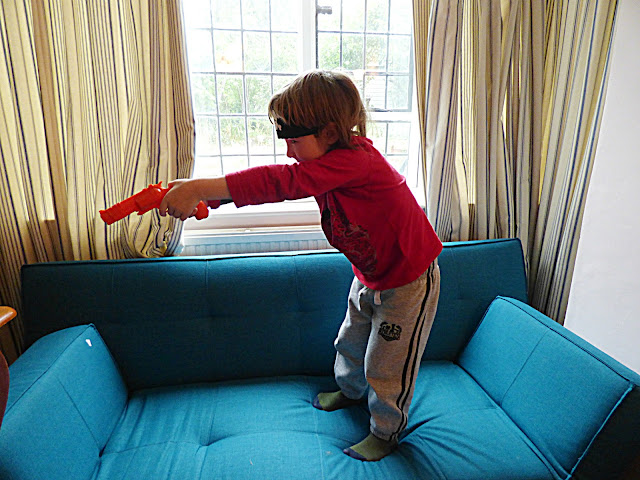 How does this toy work? The zombie comes with a pistol, which has a start button on the side. Point it to the Zombie and press the button. The zombie starts to roar and move aggressively. Shoot him 3 times, and an arm falls off. Another 3 shots, and another arm is off. Three final shots topple the zombie over.
The toy requires 6 AAA batteries.


I'm not the biggest fan of toy weapons, and try not to buy them, though we do have a plastic sword with a king's costume for Eddie, and one of those sticks that Ninja turtles favour, whatsitcalled, bo?!
When I asked my son if he'd like to play with this toy, he had one look at the screen and his reply was a very enthusiastic Yes.

I'm in two minds about these toys. On one hand, Eddie goes on play dates where he plays with his friends who have quite an ammunition, on the other, I'd rather he played with something productive and not destructive. At 5 years old, Eddie doesn't go for deep thinking on the subject, for him it's just a toy which gives the thrill of shooting the target. And the zombie doesn't seem to be much affected either, he keeps roaring and smiling.
What are your views on this matter?

Notwithstanding my misgivings, this toy will make a super gift for someone who loves zombie movies and books. 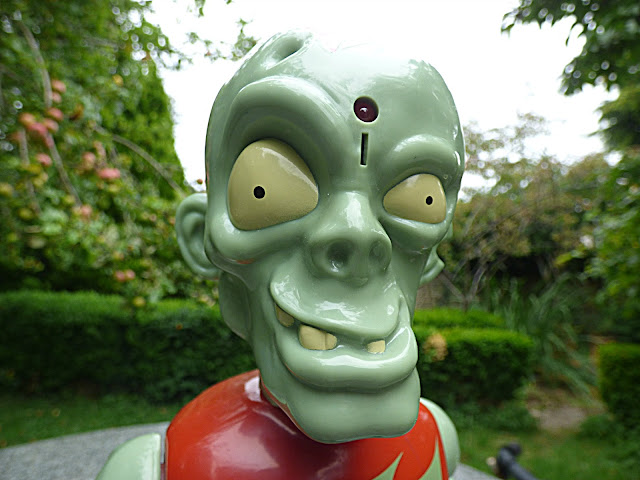 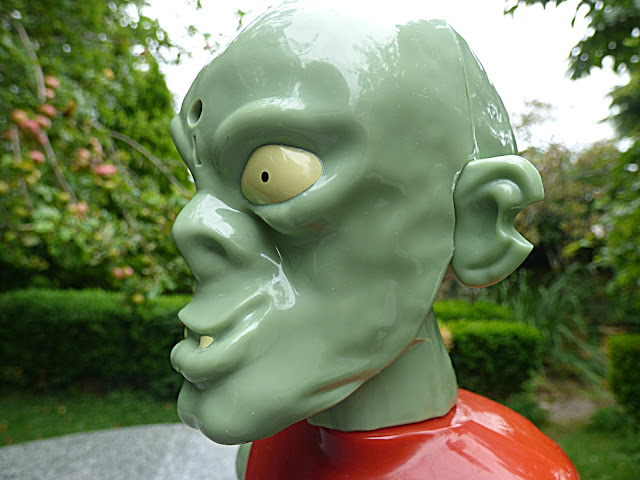