The Boy and the Sea 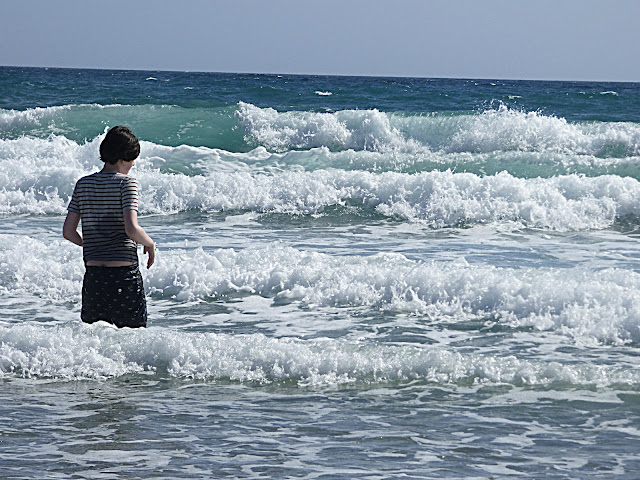 Why do we love the sea? It is because it has some potent power to make us think things we like to think. (Robert Henri) 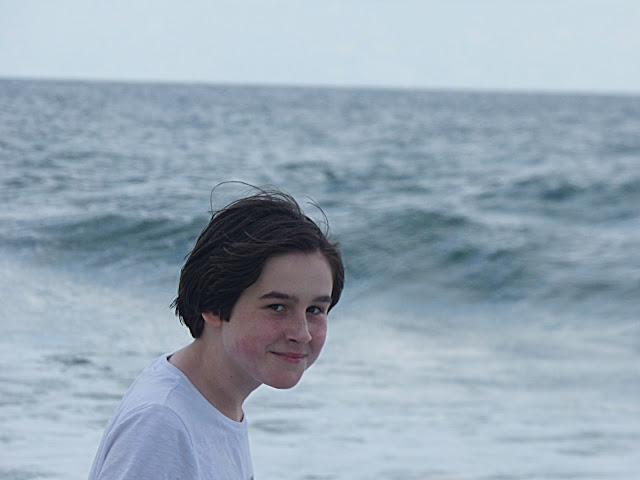 Sasha loves the sea, he is at his happiest, running in the waves. He cannot stop grinning, the sea makes him that happy.
He flaps his arms in excitement, like auties tend to do. He hums and laughs aloud.
But the sea is wise, it doesn't judge.
The sea could be a harsh and cruel entity, but Sasha does not fear it. Danger doesn't cross his mind. That's why we have to watch him closely, so that he doesn't wade in the sea too far. He can swim, but you can never trust the undercurrents. But that is our worry, not Sasha's. He feels in his element in the sea waves.

He feels an affinity with the powerful tides.
He even likes the taste of the sea. 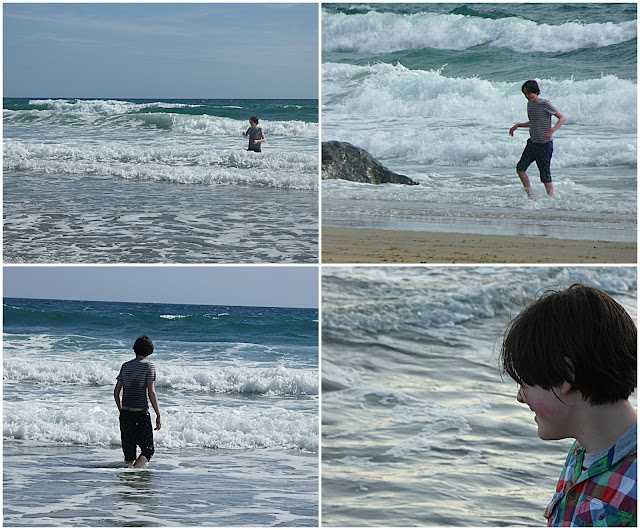 He is free from restraints of convention, he can run and run and run, splashing in the waves, not minding if it is cold. For him nothing else matters at that moment: just the sea and him, and freedom.

Over 8 years ago, when I was in a habit of scrapbooking, I did a page of Sasha by the sea, and wrote:
"Sasha loves the sea, he treats it like a live creature, smiling to it and laughing at the sea's tricks. To him the sea plays with him personally. We have that mental image of Sasha thinking there's someone in there who rolls the waves for him".
I also wrote a text on the tag: "You're so in tune with nature, in perfect harmony with the waves and the sun, enthralled by the physical properties of nature, in intimate relationship with the elements, so much in love with the balance of the sea, the sun and the sand".
It is still the same, that love of sea.

If Sasha would have read Faust, I imagine he would exclaim like Goethe's hero "Verweile doch, du bist so schon, - Linger a while, you are so beautiful" while standing amidst the rolling waves.