What are little boys made of?


Snips and snails
And puppy-dogs' tails

That's what little boys are made of
Spiders should be added to this list along with the other creepy-crawlies. Personally I cannot stand the spiders. I'm fine seeing them in nature and admire the spider webs, as long as they are not in the house. But take my younger son. He is fascinated by them, and if I let him, he'd bring a spider as a pet inside. For little people who love critters there is a new range of toys called Wild Pets Spider from Character Online. 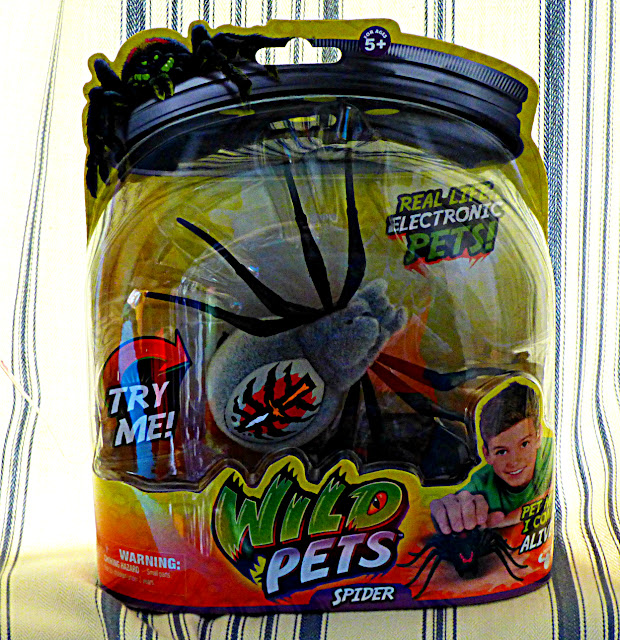 This wild pet is safe enough to keep in the house. Pick up your pet spider, and control its behaviour with a touch of a hand. Leave it alone (with a switch on) and watch how it moves around the floor, turning round when it meets the obstacle, stopping for a moment to think.
The sensor on its back can change the colour. When it's green, the spider just roams around, exploring the area. Keep pressing the sensor until it changes the colour to red, then the spider is ready to attack you and chase any moving target. Quite creepy, if you ask me, but apparently cool, according to my young son. But then I am not surprised, as he loves the old show Goosebumps on Netflix and enjoys all things scary and macabre.
There are four different Wild Pets to collect - Creepster, Eyegore, Chiller and Wolfgang. The one which we received is called Wolfgang.
Eddie cannot wait to take Wolfgang with him to school, but I tell him that perhaps this is not the best idea.
Would you take a spider toy to school? I'm sure the teachers will be "delighted".

And to prove the point that little people love spider toys, have you seen what Mary from Over40andMumtoOne blog wrote about her Monkey and their Wild Pet Spider? 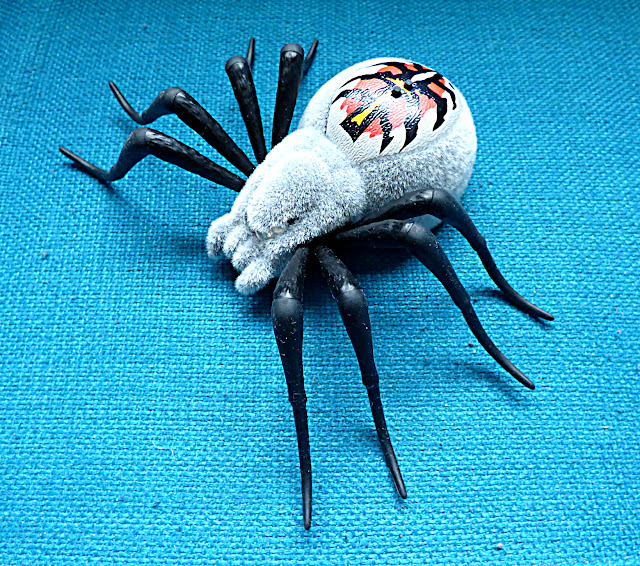 Disclosure: we received the toy for the purposes of testing and reviewing. All opinions are Eddie's and mine.
Posted by Galina Varese at 15:56:00