Last week I ordered a big pile of books from The Book People including a Lego Ninjago Build Your Own Adventure, which is basically a book of projects to build from the Lego sets you might have. It comes with a small set of Lego pieces and a minifigure of a green ninja Lloyd. Eddie was very happy and said "I wish all books would come with a Lego set". Incidentally, so would I. Imagine the possibilities: a cook book with a Lego set to build a cupcake, or an art book with Lego bricks to assemble a work of art. Just a thought. 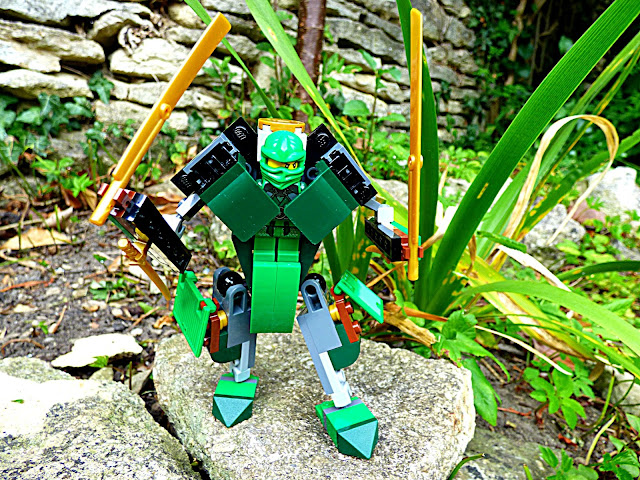 On Monday I baked an apple and blackberry pie from the blackberries we picked earlier that morning nearby Sasha's school. It was a traditional pie, pure comfort food, and we all enjoyed it. 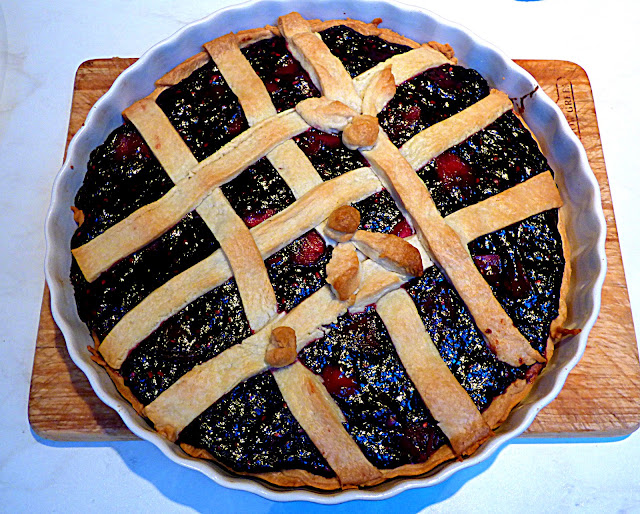 On Tuesday we were expecting visitors, and I baked a batch of sweet potato cupcakes or muffins. I'm not sure what the difference is, to be honest. Cupcakes tend to have frosting on top, I suppose, while muffins are their more restrained relatives. But all in all, they are pretty much the same. 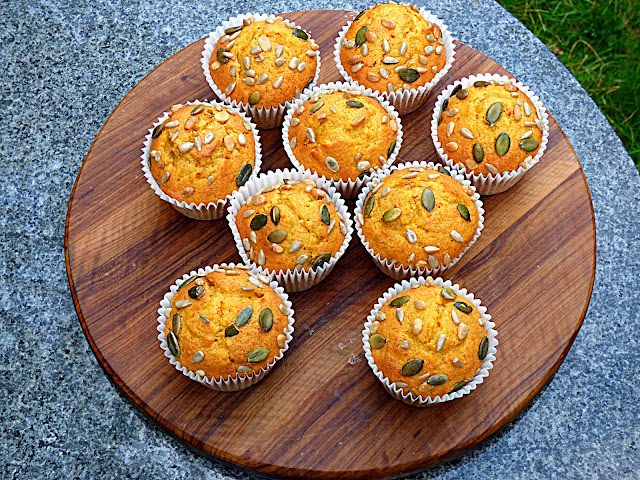 On Wednesday after we took Sasha to the Guideposts for a day, Eddie wanted to stop at the playground by the Trinity Church. He loves all the slides, swings and climbing frames there. While watching Eddie, I noticed a guy digging in the church graveyard, which looked very odd. The graveyard is old, so I don't think there are any new graves being dug there, plus the hole was too small. He was taking the soil away and throwing under the bushes. Eddie asked me what the guy was doing. I said: "Digging a grave". Eddie: "For himself?"
If he wanted to bury the ashes there, why was he getting rid of the soil?! Total mystery. As Eddie suggested, he was looking for treasure. Who knows, maybe he was. 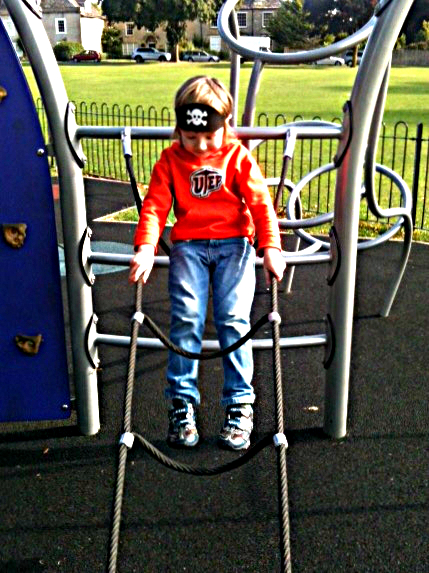 On Thursday I was busy, cooking the oven-dried tomatoes. I have a bit of a tomato glut at the moment, and we cannot keep up with eating them. Since we don't have the sunshine to dry the tomatoes naturally in the sun, the oven was the next sensible step to prepare a batch of oven-dried tomatoes. 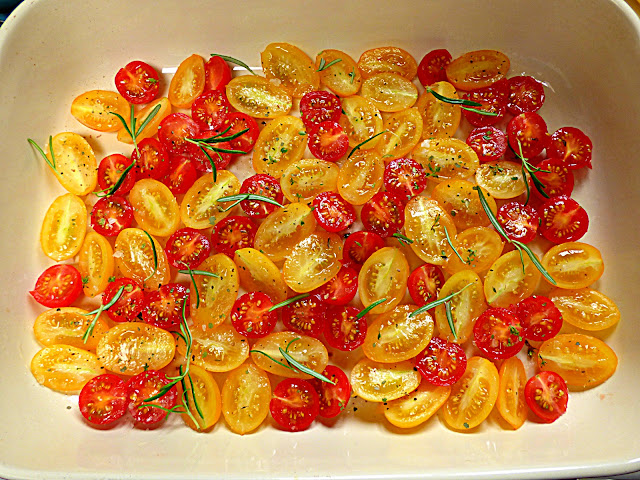 On Friday we again accompanied Sasha to the Guideposts, then asked the taxi to take us grocery shopping, as it was bucketing all morning. On the way home, we decided to stop for a coffee and pastry break at the cafe Huffkins. It was not even 11am, but Eddie said he wanted some chips. I wasn't even sure they'd serve chips before lunch, but they didn't bat a lid. So, Eddie had his chips, and I tried a tea called Girlie Grey (the variation of Earl Grey with rose buds and vanilla). It was OK, but I don't think I'll be ordering it again.
The garden looked all wet and soggy, but there was still some poetry in the raindrops covering the flowers and fruit. 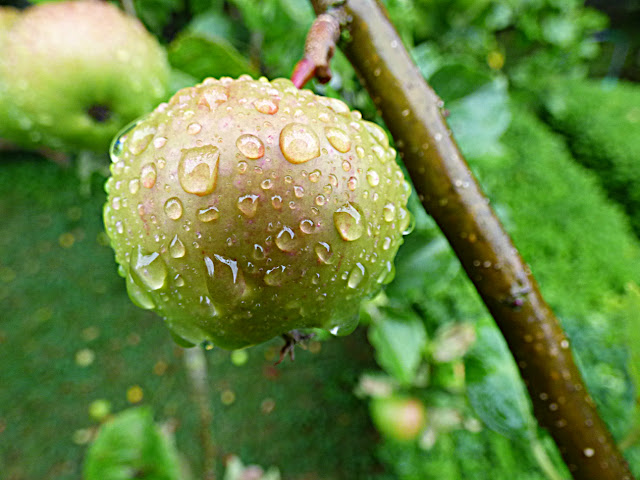 When we moved to our current house, the garden was completely overgrown with brambles. The paths were almost hidden, and it was like a scene from the Sleeping princess story. We cut out most of the blackberries, but I have kept a couple of plants. Thankfully, we also have lots of blackberries just a few minutes away from our house, in the fields. This juicy blackberry from our garden was amazingly sweet. 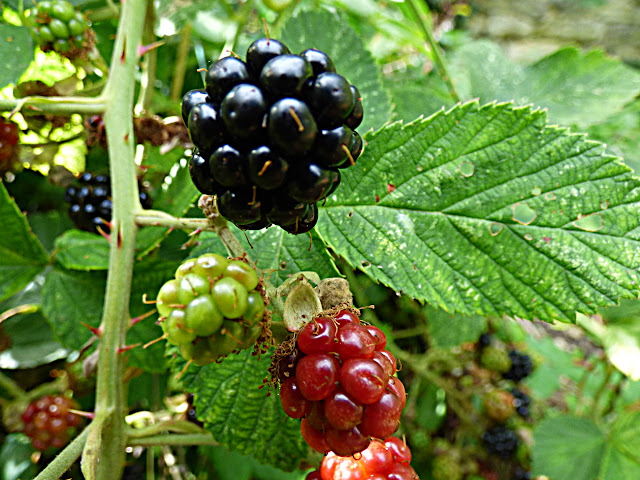