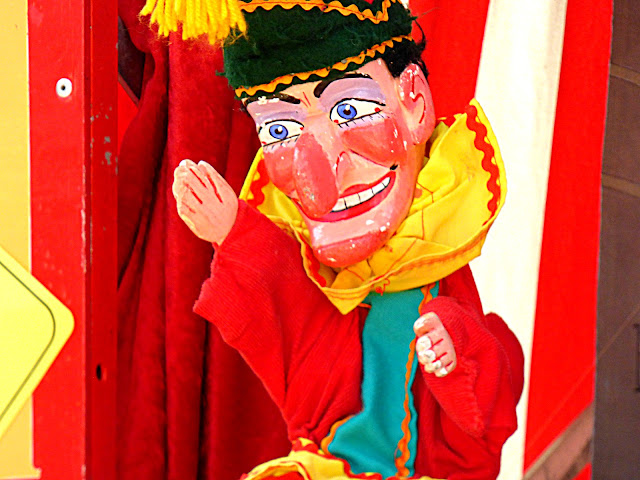 Every Saturday this month there is a show for children at the Marriott's Walk, Witney. We missed last week's performance, so made sure we'd be there for the Punch and Judy show.
We arrived around 12pm to find that the show has just started.
Eddie was hesitant at first to go and sit on the rug in front of the booth among the other children, but having seen that one of his class mates was there (she waved to him), he joined in.
This was the first time Eddie watched the Punch and Judy Show. This puppet show was following the classic routine, with Punch and Judy hitting each other with sticks.
This show goes back to the 17c in this country, and to even earlier times in Italy, where Punch has been named Pulcinella. Samuel Pepys described one such show in his famous diaries.

There are some pretty shocking violent scenes, when Mr Punch puts his baby in the meat grinder and turns him into a sausage.

There is a creepy looking clown, trying to use a crocodile's head as a cushion. Clowns do freak me out. There will be a clown show next Saturday. Somehow I think I'll skip that one.

Eddie was fascinated and completely absorbed in the show. He screamed with the other kids, he pointed to the puppets and prompted the show when the audience was asked to be involved.
Later, when I asked him what he liked the best, he replied "Everything, Mummy, I loved everything". It's true, he liked it so much that we watched it later in the day again, after having lunch at home. We just managed to catch the last show of the day. 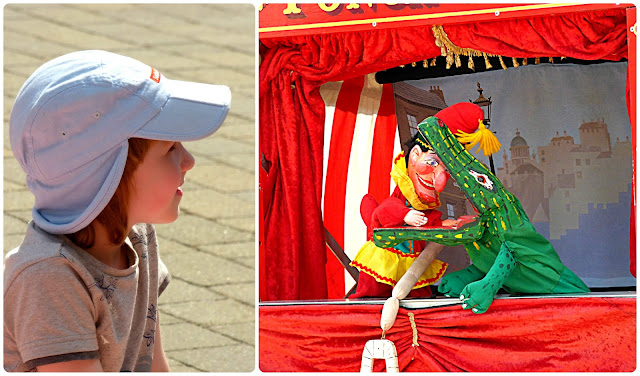 Kids were screaming and laughing so loud, I saw my guy holding his ears shut for a moment. 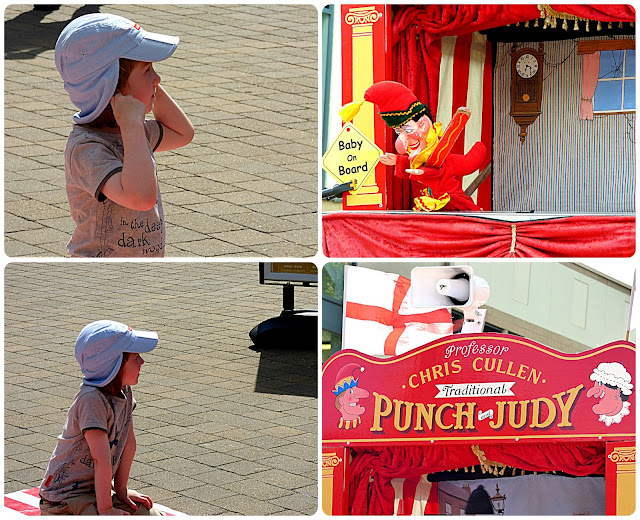 He was glued to the show, and didn't pay any attention to me. At those moments, only the show existed for him. 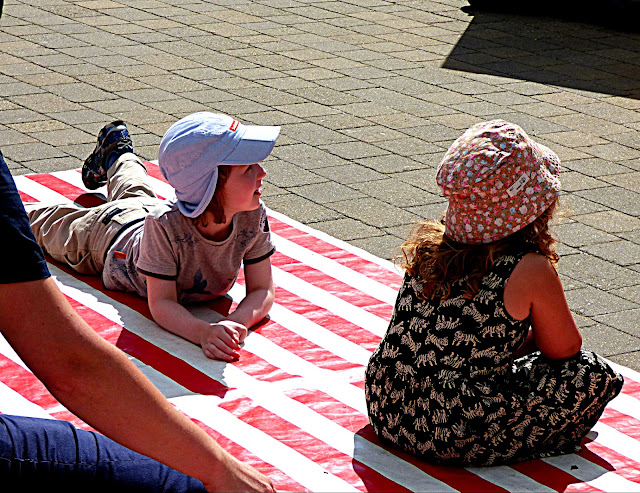 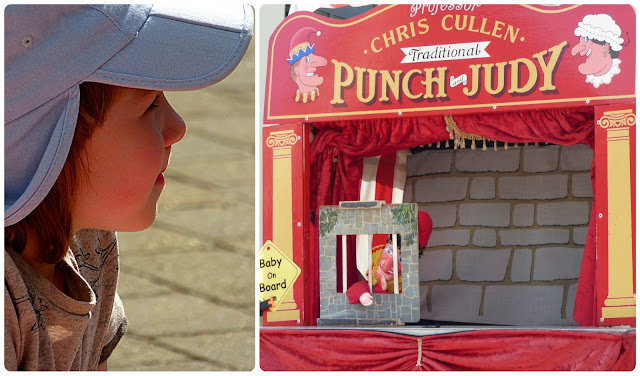 It was the last show of the day, after which the carpet was folded into the car, the puppets put into boxes, but Eddie was still lingering at the square, reluctant to go back home. I could only entice him back by promising that we'd stop by our "secret place" and feed the ducks.
When we got there, two boys of about the same age as Eddie were happily splashing in the murky water.
Their father was nearby. We found out that they were also fishing, and the older boy mentioned that their Dad might catch the duck for dinner. I don't know if he was pulling Eddie's leg, or if they were truly intending to eat the duck (I hope not). From their friendly chatter, I realised they were travellers.
Eddie easily makes friends, and wanted to stay and play with the boys, but we had to go. On the way home, I explained to Eddie who the travellers were, and he told me "I wish we lived like that", bless him. He also wanted to invite them to our house.
This morning he wanted to go back to check on the duck. 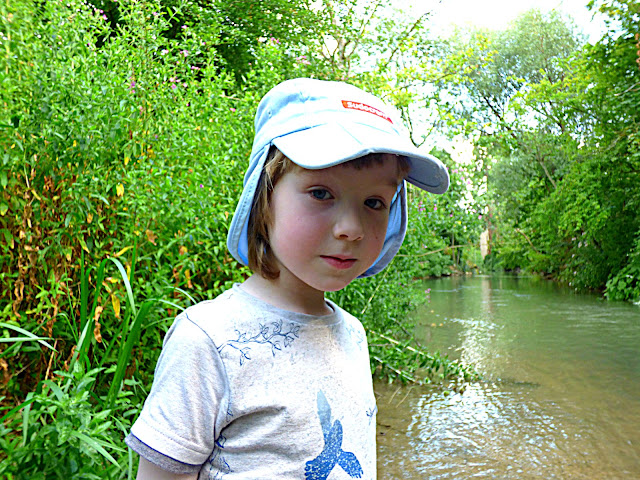