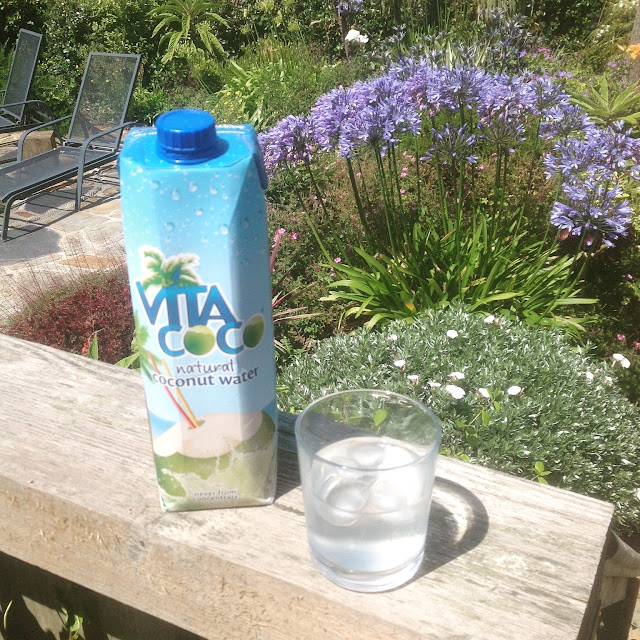 Just the other week a fellow blogger was talking about the coconut water in a rather un-flattering way. While I chuckled at her description, I didn't agree with her. This is definitely the case of "De gustibus non est disputandum" i.e. there's no arguing about tastes. I have been buying the coconut water from Vita Coco quite often this summer. It is a great thirst-quencher, and both my husband and I like it, both pure and mixed in cocktails. As you can see from the photo above, we enjoyed it a lot, sipping on the open patio in Cornwall back in July. It was great on the beach after running after the kids like mad. 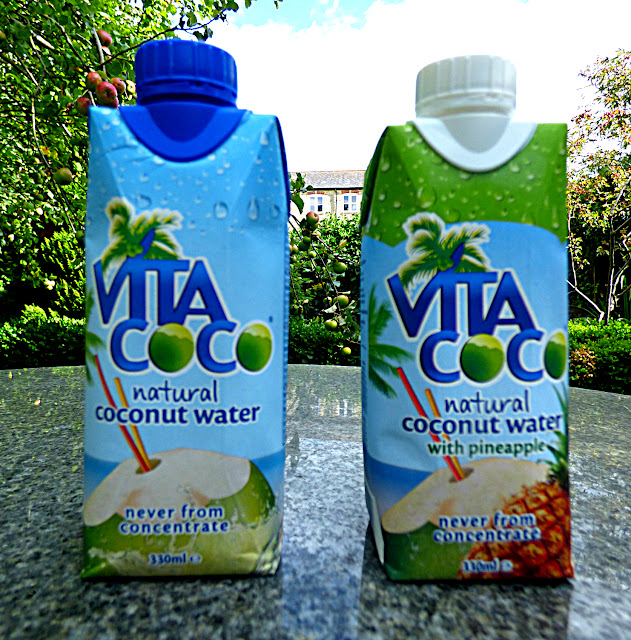 Not only it keeps you hydrated, it is also full of potassium and electrolytes, so it's a natural source of energy.
Just before the long August Bank Holiday Vita Coco has emailed me with two exciting cocktail recipes, using Vita Coco. While I appreciate that the cocktails look and sound delicious, I don't buy such exotic alcohol ingredients as Cachaca or Golden Rum. The only rum I buy occasionally is Malibu, as I love its smell and it is lovely in bakes.

Our Bank holiday was a typical British holiday, more rain than sunshine. Not exactly a BBQ weather, though it didn't stop us getting in the garden every time the rain stopped.

If you want to try these refreshing cocktails with Vita Coco, here are the recipes offered by the brand as well as my own concoctions.

Run to the Sun
Ingredients How to make:
Simple - just place all ingredients into a jug and mix well! Best served over ice.


Now I am not a bartender or a mixologist, so my offerings are not so pretty or sophisticated. I have read not long ago that the bartenders tend to add the coconut cream rather than coconut milk to their cocktails, and I fancied trying some mixed with Vita Coco.
You will need some fresh coconut chunks (a small handful) placed at the bottom of a wine glass, topped up with 2tsp of coconut cream and Vita Coco natural coconut water. If you add a dash of Malibu coconut rum, it's even better. 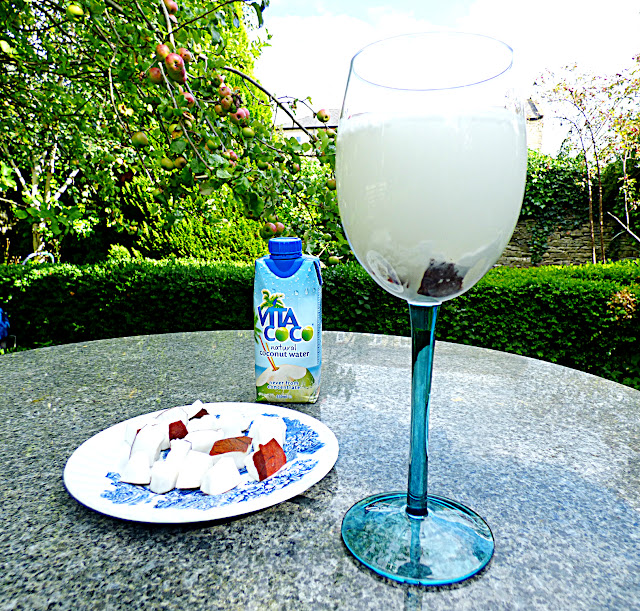 The cream has raised up, being the lightest ingredient of the three. The result is not particularly glamorous but not too bad. My Mum who is a stern critic told me to keep trying. That's Mum for you, never minces her words. 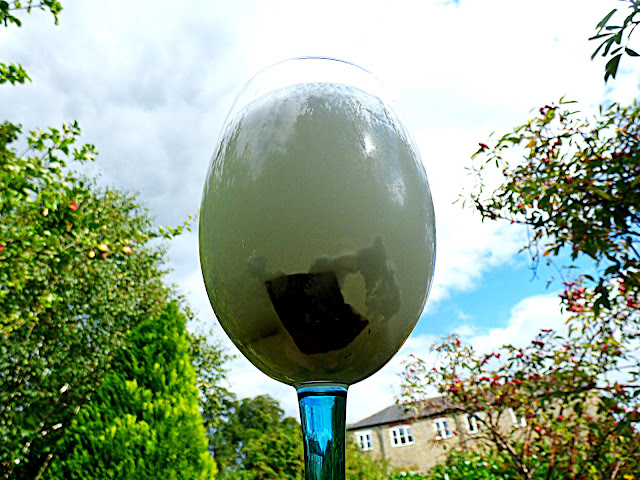 For the drink no.2 I have used Vita Coco coconut water with pineapple. For one drink place a half of 113g pineapple chunks in juice (for example, Dole) in a wine glass. Top up with the pineapple flavoured coconut water and a generous dash of Mailbu rum. Now we're talking business. I was pretty pleased with my cocktail.
Just in case you missed it, Cheryl from Madhouse Family Reviews found an ingenious way of serving the coconut water in a scooped out half of melon. I haven't tried it that way yet, but it's something I really fancy.

What do you make with the coconut water? 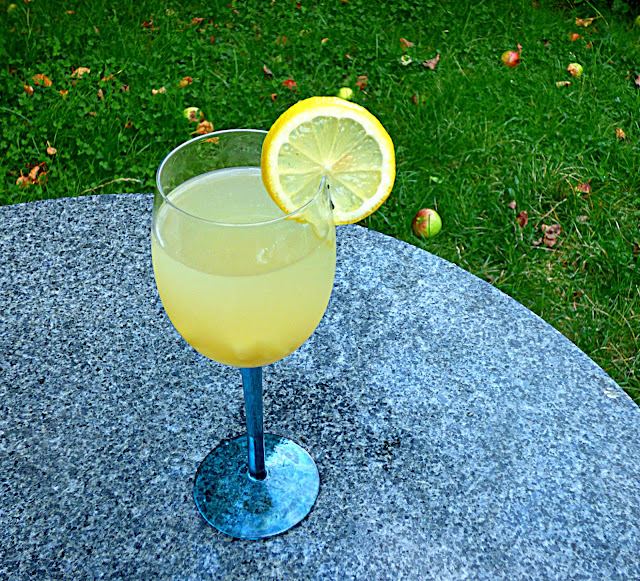 Disclosure: I received a selection of mini-packets of Vita Coco for the purposes of trying them in a cocktail. All opinions are mine.
Posted by Galina Varese at 12:03:00