Eddie loves Lego, and was very excited about a newly released minifigures series no.14. He's got an almost complete set, but is still missing three minifigures - a skeleton, a tiger woman and a werewolf. We also got lots of doubles. Alas, noone we know is collecting the same set, so there is nobody to do swapsies with. Never mind. We both like Frankenstein. Eddie's very proud of his "collection". 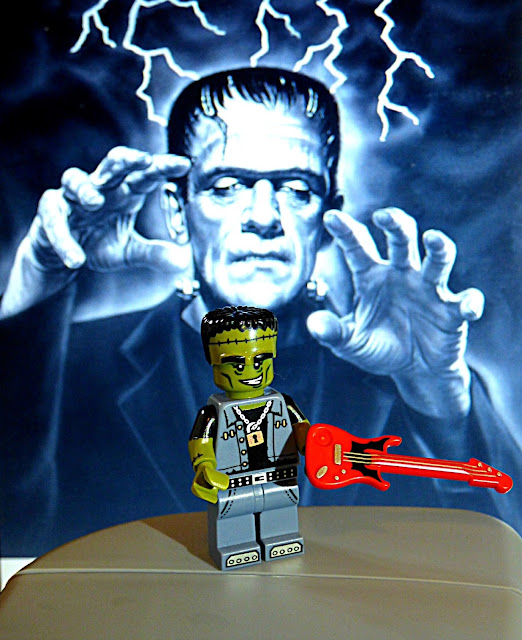 Colouring is one of Eddie's hobbies, and he's pretty good at it. This is a page from a new Lego Star Wars magazine, which he coloured for a competition. I think he did a great job. Just look at these fancy pants. 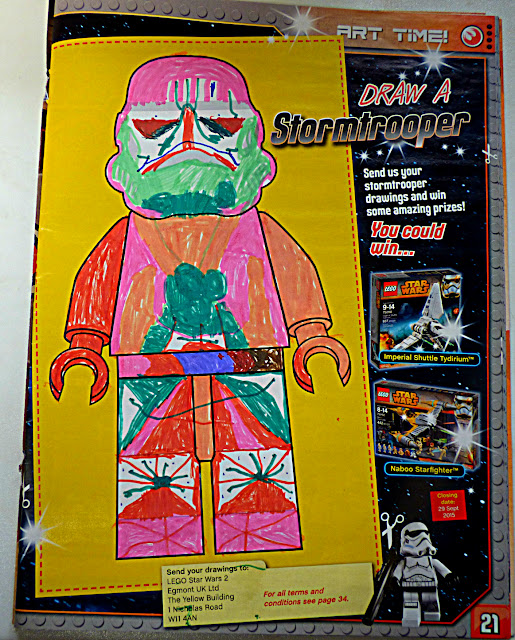 On Tuesday my husband and I went out for dinner to The Fleece. We should have checked before booking a table, as it happened to be their burger night, and I didn't fancy a burger. Thankfully there were other choices beyond the burgers. The waiter offered to bring us a glass of Malbec to test first before we decide on the wine. 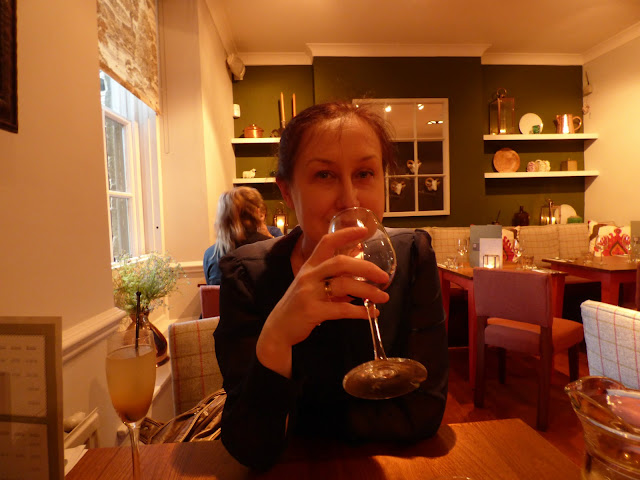 Eddie and I went to the post office to send his coloured Stormtrooper page. We walked through the fields, and Eddie carried his precious envelope all the way to the post office. This was officially the last day of summer holidays for us. Sigh. 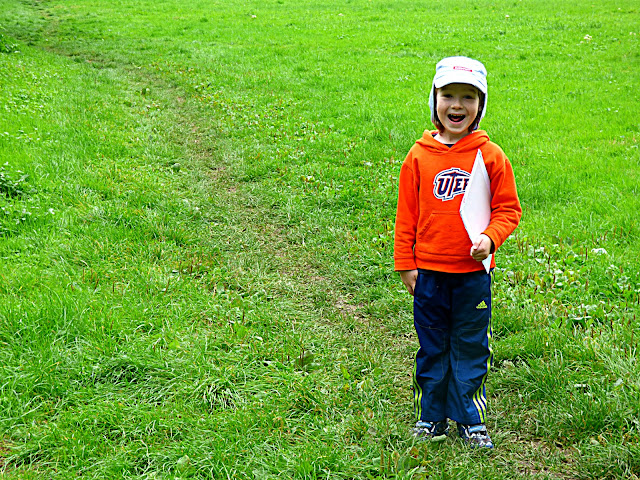 Thursday: back to school. A bit of a dramatic day for Eddie. When I picked him up at the end of the day, his face sported a rather big scratch. There's a boy in his class who's small in size and tries to show that he's cool. I'm not saying that because he scratched Eddie, but he does have issues. 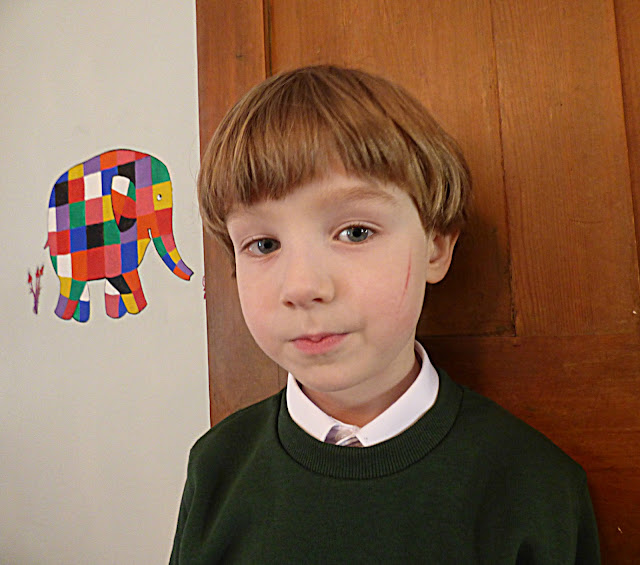 We have way too many apples this year. We'll never be able to eat them all, but most of our neighbours have their own apple trees, and quite often you see bags of apples outside, saying "Free apples". My Mum loves gardening, and has been working in the garden in the last two weeks since she came for a visit. I have to tell her to stop, or she'll be in the garden from dawn till sunset. 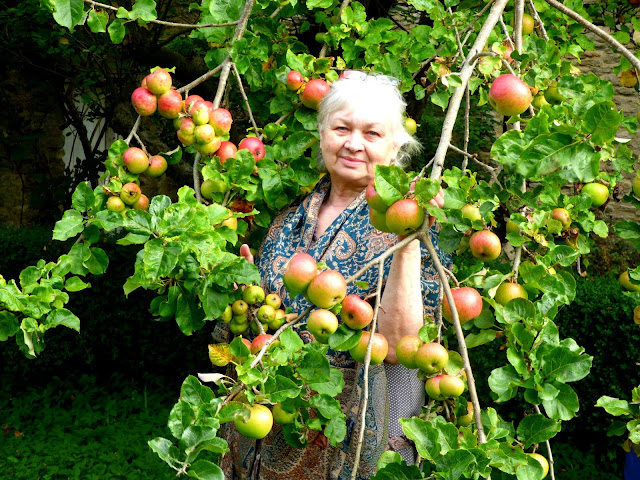 Yesterday I baked some coconut orange cupcakes, and we enjoyed tea in the garden. 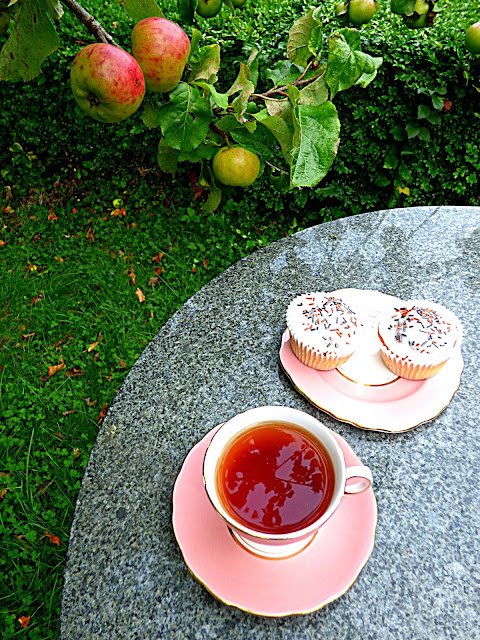