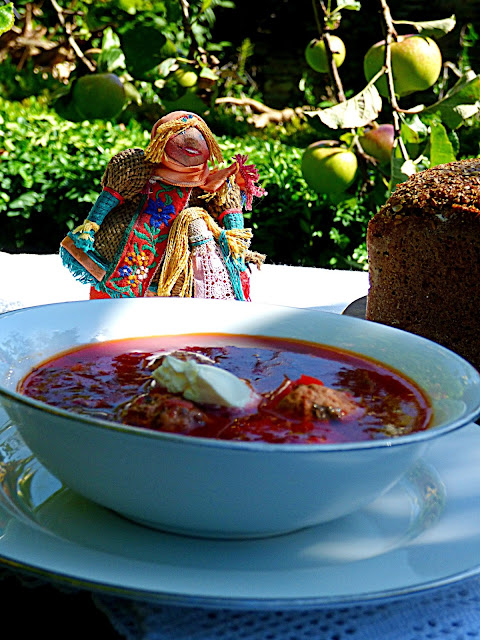 It's that time of the year, when Mum comes to visit us. Every time she stays with us, I ask her to cook a few of my favourite Russian dishes, like borscht, pirozhki or cutlets. Mum's culinary repertoire is very much Southern Russian rather than the Northern one which is local to my home town. I was born and grew up in a big city in the North East of Russia, called Perm. My parents were sent there as young specialists when a new chemical factory was open in Perm in the late 1960s. You might know my home town featured as Yuryatin in Doctor Zhivago. My Mum brought her love of Southern food and recipes with her, as well as her Southern accent, which was a cause of amusement for the locals. 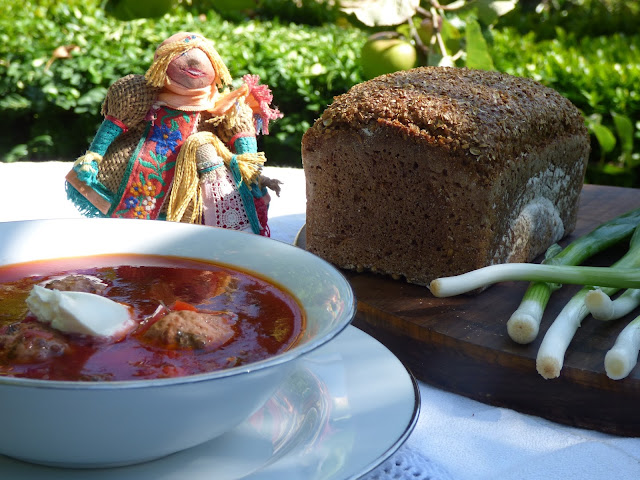 There are as many recipes for borscht as there are cooks, and even my Mum varies her borscht, depending on the season and also on which meat she cooks with. She makes a vegetarian version or two as well..
This time she cooked a borscht with meatballs.

First make the meatballs by mixing the minced beef with a raw egg and a peeled and grated potato. Roll into meatballs about 4cm in diameter, the size of a walnut. Cook the meatballs in salted boiling water for 10 minutes, then remove them with a slotted spoon. Filter the broth in which the meatballs where cooked via a mesh strainer.

Chop all the vegetables. First add the chopped beets to the frying pan with 1tbsp of sunflower oil (you can use the olive oil as well, or the rapeseed oil). Cook, stirring, on low for about 10-15 minutes, sweating the veg. This brings the sweetness out, and the beets acquire a deeper flavour.
You might skip the frying bit and put all the sliced vegetables together, but you won't get the same depth of flavour. Remove the cooked beets and add them to the broth.
Repeat the process with the chopped carrots. Slightly fry them with the finely sliced onion and garlic.
Plunge whole tomatoes in the boiling water, then into cold one, so that you can peel them easier. Chop the tomatoes. Add the tomatoes to the pan with the tomato paste.
All the vegetables in the pan should be immersed in broth. If there's not enough liquid, add some hot water. Cook for half an hour.
Add the chopped potatoes and chopped beet leaves, cook for another 10-15 minutes. 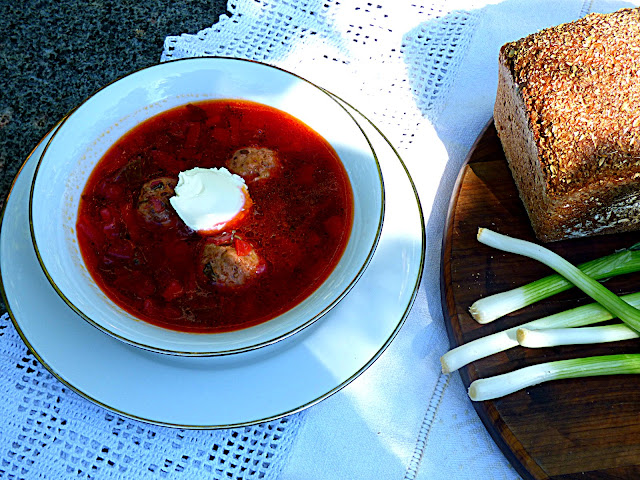 Serve hot, with a few meatballs in each serving and a generous spoonful of soured cream. 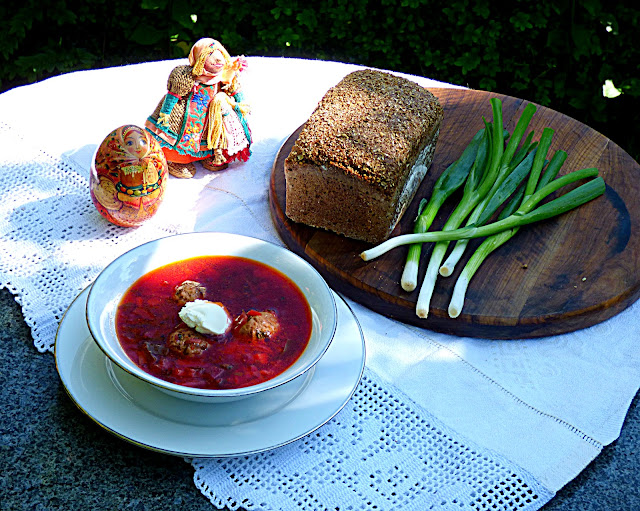 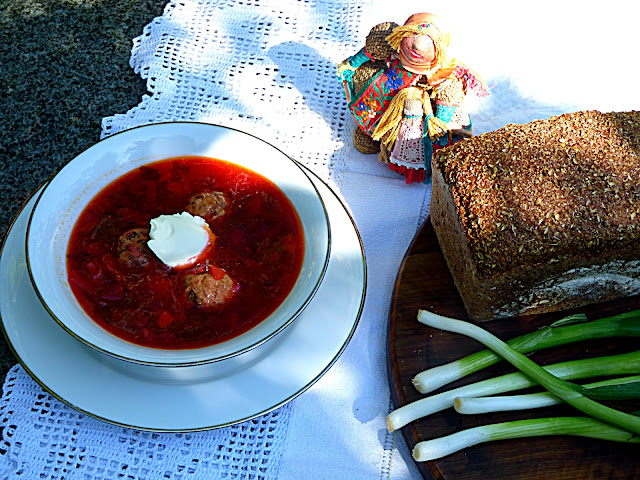