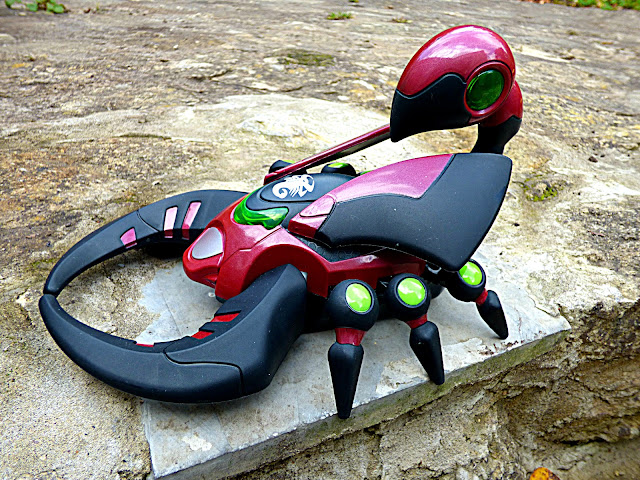 My younger son loves gruesome things. I don't know if it's a boy-thing, or a universal love of frightful stuff. He enjoys watching the grisly old Goosebumps, and he finds all the critter toys very attractive. When I showed him a Teksta Scorpion from Character online and asked if he'd like to play with it, he screamed Yessss! 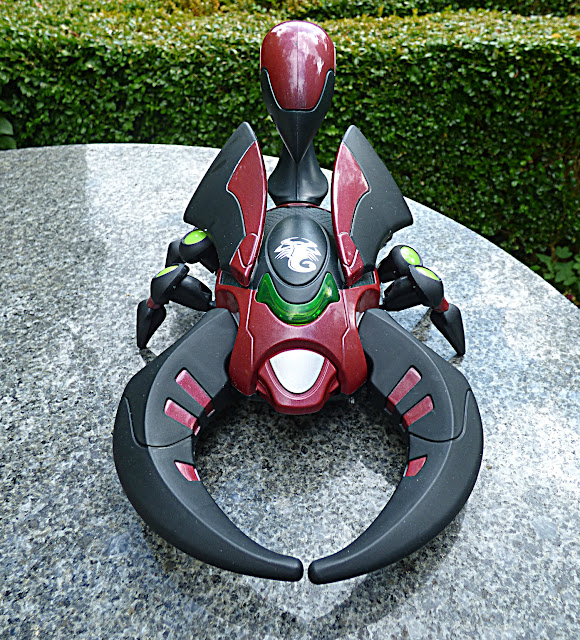 Teksta Scorpion is a new wireless interactive robotic toy. When you think about it, it's pretty cool. You are in charge of a robot, and can make the scorpion move backwards, forward and sideways. The tilt sensor RC is attached to the back of your hand.
The toy is pretty big in size and has a striking design, not overly realistic, more like a mix of a car and scorpion, something from a futuristic movie or a superheroes story.
It needs quite a few batteries - for AA for the scorpion itself and 2 for the intuitive motion control.
You either attach the control to your hand by a strap (not very easy to do it with one hand) or just hold it in the palm. 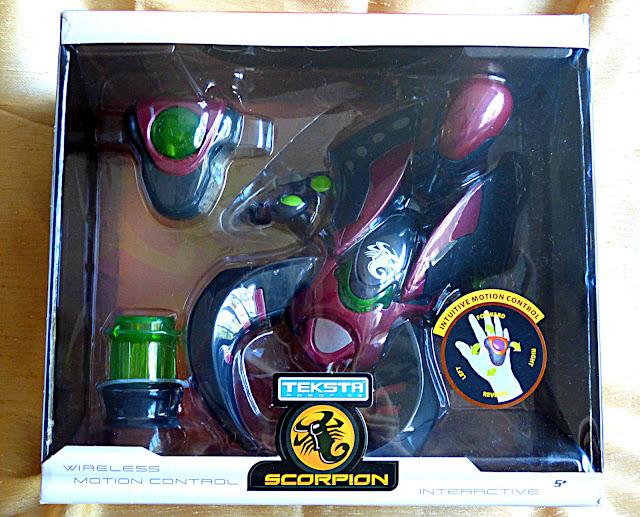 I haven't quite mastered the art of moving it, as I didn't have much practice. I tried to shoot a short video of how the toy moves, but have to say I failed. I should have asked my younger son to help me, he's much better than me.
The first time you use the toy, you will need to establish the connection between the scorpion and the control by pushing the buttons on both parts.
The scorpion is very agile and moves fast. Once you mastered the control, it is a fun game.
Bigger open spaces are better than cluttered, as our scorpion kept losing one limb or another while it moved around the room and met the obstacles aka furniture. They are easily put back on, but I noticed some other bloggers mention the same issue with the legs.
You can make your scorpion grab the target too, as it closes its pincers around the small object in its target range.
This toy works with up to 5 other Teksta scorpions at the same time. These robotic toys were built to fight, so they can either engage in a battle between themselves or have a race.

Teksta Scorpion is aimed at children aged 5+ but could appeal to any fan of robotic toys. It is obviously not a cuddly toy, and might spook younger kids.
If you are looking for Christmas gift ideas for your kids, this toy might make a great Christmas present. 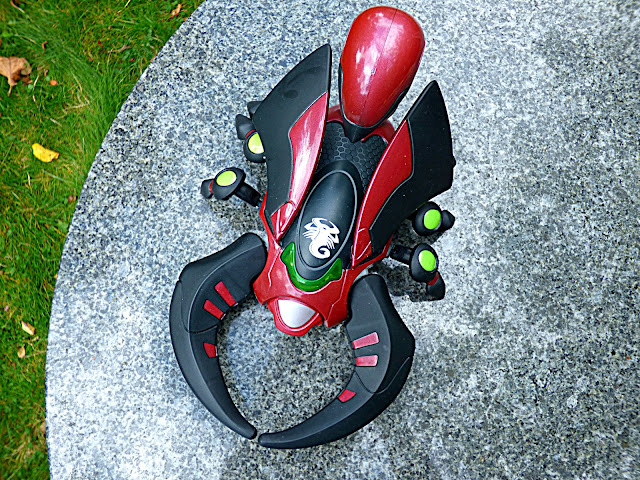 Disclosure: We received the toy for the purposes of testing and reviewing. All opinions are mine.
Posted by Galina Varese at 20:00:00