When Philips announced their forthcoming Fresh Cooks Party, I applied at once, not holding much hope that I would be selected, as I knew they would have had thousands of applicants to choose from.
Imagine my surpise, when I received an email, saying that I was one of the chosen hosts and that I should start sending email invitations to my friends. I needed a minimum of nine people coming to my future party. Invitiations and replies started flying here and there. At last, I had enough people confirming they were going to attend my party. Yippee!
Two days before the party two huge boxes arrived from Philips.

One of them contained a Jamie Oliver HomeCooker. If you haven't heard about it yet, let me tell you, it is a versatile kitchen gadget which purpose is to make cooking easier for busy cooks.
It is like having an extra pair of hands working in the kitchen. Don't we all want that extra pair of hands helping us with the cooking? I know I do.
This unique gadget helps you to cook meals from scratch. How many times have I left something on the cooker and forgot about it, being busy with my sons, only alerted to the kitchen disaster by the smell of the burning meal. Well, the HomeCooker will make sure it won't happen. It comes with a stirrer that makes it much easier to prepare dishes like risotto or stews. 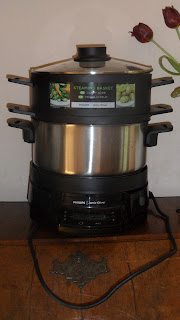 Another useful gadget that came with the HomeCooker was a Cutting Tower which chops, cuts, slices, shreds and grates. 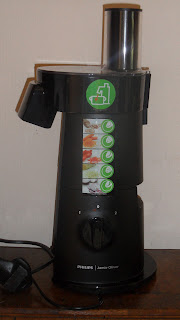 I am going to do a separate extended report on how these two gadgets work and what I cooked using them. I have already tried several meals from the book of recipes which comes with the HomeCooker.

But today I want to tell you about my Philips Fresh Cooks party. On Saturday morning my guests started arriving at 10.30am. This was the easiest time slot to have everyone around, as the weekends are hectic in many families with kids. Most of my guests are parents from the school which our older son attends. They are all a lovely chatty crowd. 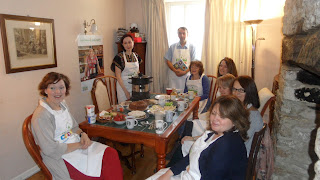 Philips have generously provided the Philips Party hosts with £50 Waitrose vouchers to buy food for the party. The day before I baked the cakes, and on Saturday morning my husband helped me to look after the boys, while I was assembling the platters.
I have baked two cakes: an Advocaat cake and a honey cake with walnuts and mascarpone.
We had endive boats with pinenuts and blue cheese as well as bresaola rocket rolls, cheese with fresh figs, quail eggs with anchovies etc. And plenty of tea and coffee. 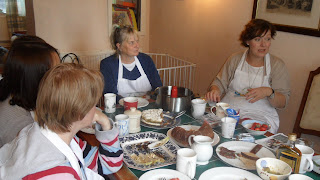 I wish the gadgets arrived a few days earlier for me to try them in advance, to be better acquianted with the ways they work. I did try the Cutting Tower on Thursday, but Friday was too hectic with the cleaning and cooking for the party, and I hardly had any time to read the instructions or watch the demo online. I had a quick look and thought the easiest way to showcase how the HomeCooker works would be to make some chocolate fondue.

As I have been running to and from the kitchen, making cups of tea and coffee, I set the HomeCooker's timer and temperature, put all the ingredients inside and left it. What I forgot was that I needed to heat the cream first before adding the chocolate. As it happened, the cream separated a bit, not sure if that was because I put all the ingredients at once, or the temperature for the recipe was too high (personally I wouldn't have chosen 250C for the chocolate fondue). 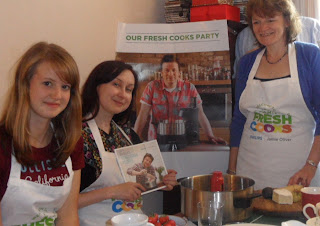 As I later tested the HomeCooker, I had more questions to Jamie Oliver who produced the booklet of recipes, mostly about the choice of temperature and timing, but I will write about it in detail in my next post about the HomeCooker. 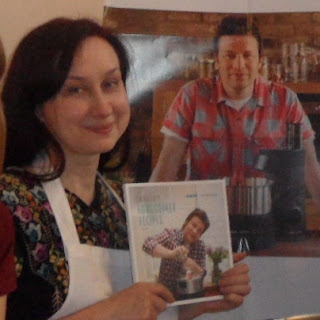 As you can see from the photos, Jamie Oliver was very much present at the party. One of the mandatory tasks of the party was to take lots of photos of my guests wearing the promotional aprons (which they later took home together with the little notebooks), we needed Jamie's poster in the background and the gadget on display as well. I didn't add the balloons to the room, because they were too tempting for the little hands and wouldn't have lasted long. 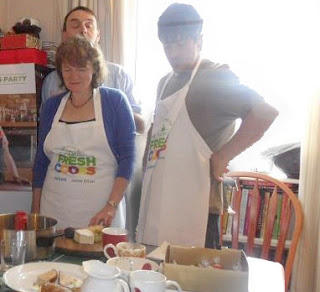 All in all, I believe we had a great time, it was lovely to have my friends around and have a chat.
I am grateful to Philips for giving us a good excuse to get together. Some of my guests were leaving by 1pm, some were only arriving, so our party stretched well into the afternoon. 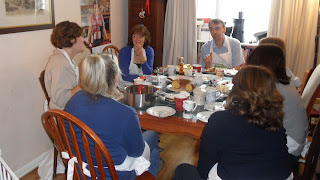 Will I do it again? You bet! I enjoyed the experience thoroughly, and the new gadgets are a welcome addition to my kitchen.
Posted by Galina Varese at 11:41:00