You have probably seen the promotional bottles of Cravendale milk with the Epic Straws labels on them and were wondering what is it all about.

Each 2L bottle comes with a secret code. Once you have collected 10 codes, you can get one of three Epic Straws sets: The Cereal Snaffler, The Secret Slurper and The Bottle Burglar. 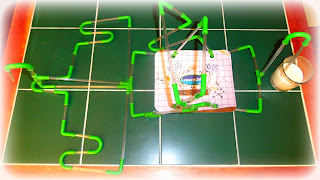 Don't know what it is with boys and straws, but apparently everythig tastes much better if you sip it with a straw.

We received two sets of straws called The Secret Slurper. First we followed the instructions and assembled the milk delivery system for "milk pilfering". 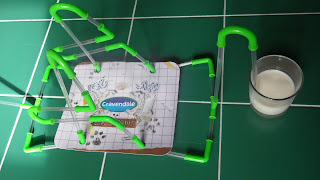 Then we opened the second kit and started adding bits and pieces, so that our Secret Slurper turned into a Slurp-Factor. 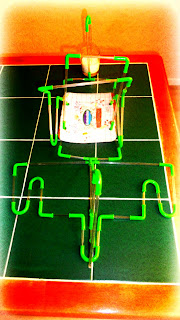 Here is my delighted slurper Eddie, admiring our construction. 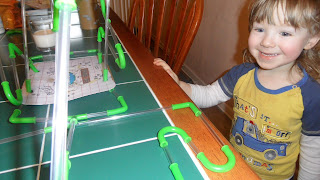 We have received two sets of green Epic straws, thanks to Cravendale and BritMums, and we have also started collecting codes for the other two colourful sets. 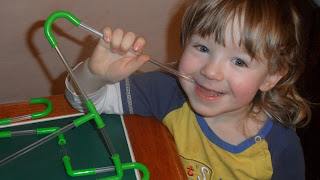