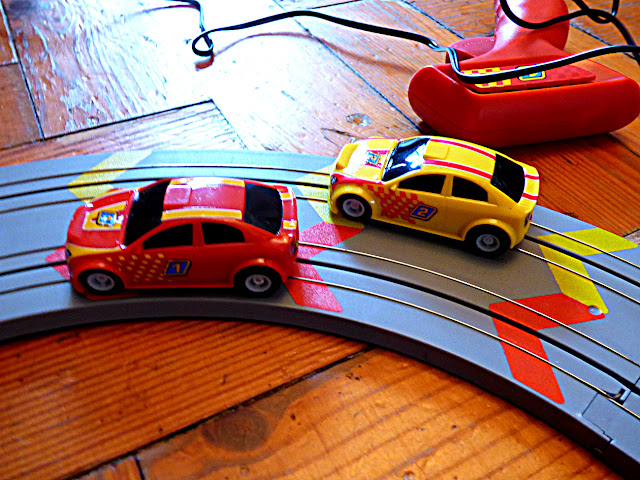 Two weeks ago our Eddie was baptised. After the ceremony we invited his Godparents and guests for lunch. While I was pottering about in the kitchen, my son and his friend set up My First Scalextric to play. Even my older son, who usually ignores his younger brother's games, was very interested and played later when our guests left. 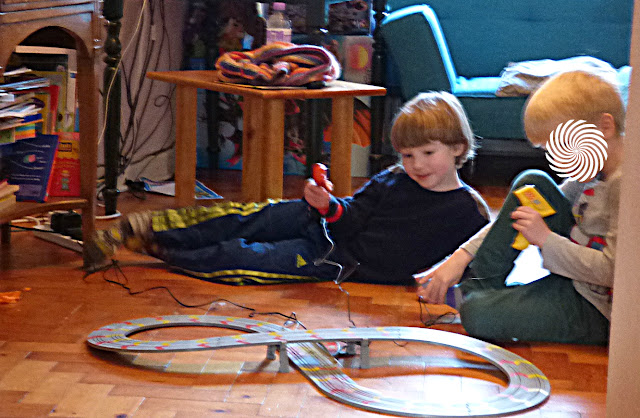 We have already tested this game a few days before, and Eddie loved it. He is quite competitive and wants his car to win all the time.


We have heard of Scalextric, but we haven't bought any sets before. My First Scalextric is an introduction to the world of Scalextric racing for kids aged 3+. This set features a simple figure-of-eight racing track, two cars and hand controllers.
The hand controllers are colour-coded so that you know exactly which car you are racing. You can adjust the speed of the racing, depending on the skill level of the player.

This set has been designed for the younger children.
How easy is it to set up? The first time I assembled the track myself, while Eddie helped. Afterwards he did it on his own, as you can see from the photo (he slightly mixed up the track colours, but it still worked). 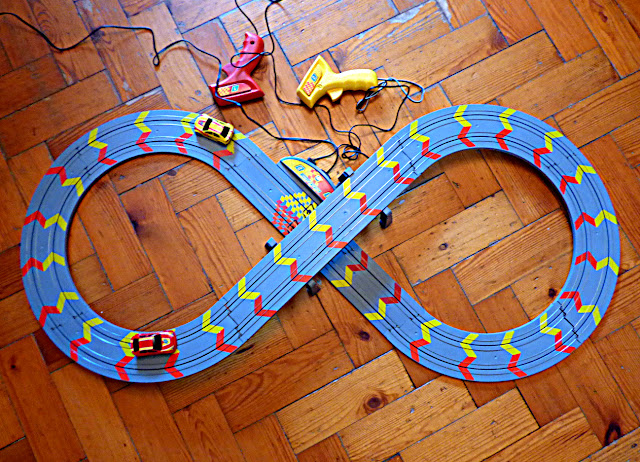 Eddie and his friend P were very proud that they managed to change the shape of the track. 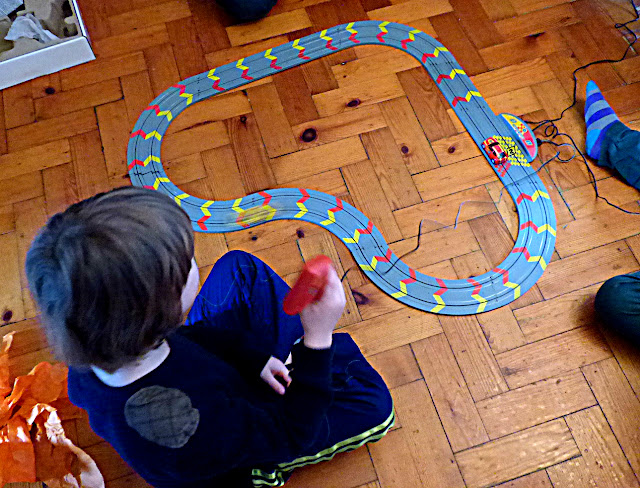 They were joined by the grown-up "boys" who seemed to be very eager to have a go too. As my husband has later commented, "This game was a huge success". And so it was. 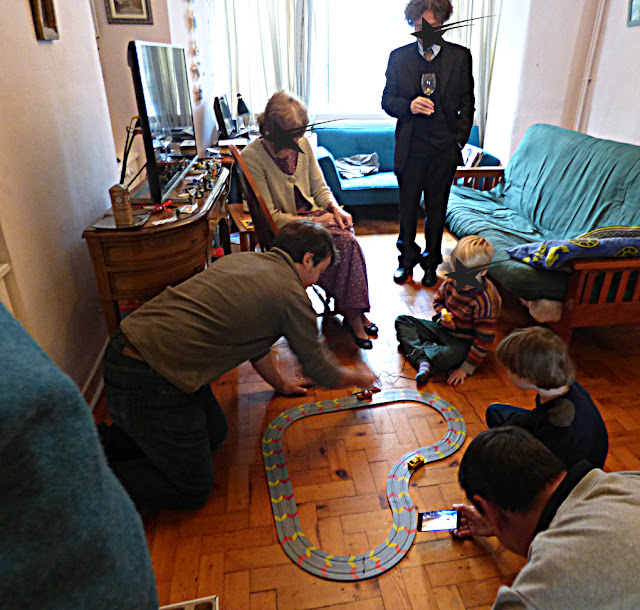 As I was finishing this post, I saw that Cheryl from Madhouse Family Reviews has posted her review of My First Scalextric, and wanted to see what she has to say about it. Looks like her trio has enjoyed this set as much as we did.
I have also noticed that there is quite a few critical reviews on amazon, but as I'm talking about our experience, I can only say that we didn't have any issues with the set. Yes, the cars occasionally went off the track, but we thought it was part of the fun, and didn't mind it. 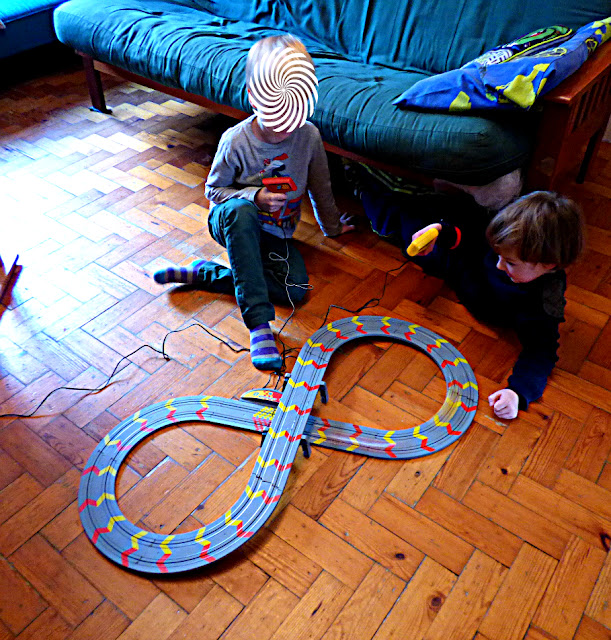 My First Scalextric is fully compatible with the full range of Micro Scalextric sets and cars, so that you can extend the track as well as add some new cars. Guess who is going to get more Scalextric for Christmas?!

Disclosure: We received the set for the purposes of testing and reviewing. All opinions are my family's and mine.