If I say 2015 hasn't been my year, I won't be too far from the truth. Family issues are piling up, most of them revolving around our older boy who has reached puberty. His autism has become more acute, and every day is a struggle on many levels. He is much-loved, but oh boy, how difficult he has become.
It started just before Christmas time, and what I was hoping was just a stage, is not getting better. If anything, his sensory intolerance is getting more pronounced. Mornings are a battle: to get him out of bed, make sure he has had breakfast, getting dressed and then getting out of the door. He categorically refuses to be in the same room as his younger brother. As soon as he comes home after school, Sash shoots up the stairs to the attic, to avoid been with his sibling even for an extra second.

It's very sad. Just today, when we were coming back from a visit to the Cogges manor farm and met a friend on the way home, Eddie said: "Sasha doesn't want to be with me". I need to remind myself how gentle Sasha used to be with Eddie, how nicely they played and laughed together. I look at the older photos, and No, I didn't imagine that brotherly love and affection.
This is one of my favourite photos, when Sasha hugged Eddie. His smile is so beautiful. Or this one, when they jumped on the bed, wearing matching pyjamas, and laughed their socks off 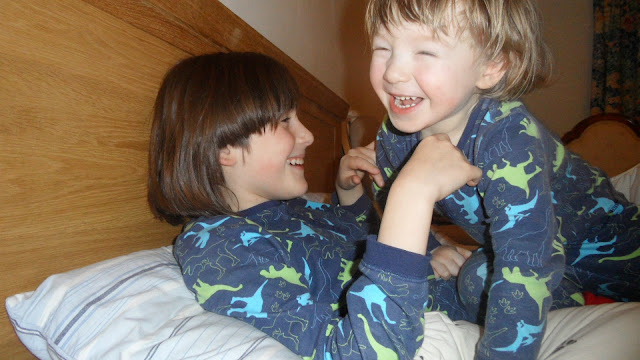 But then things have changed. We don't know what has caused this intolerance... As Sash is non verbal, he cannot explain to us why he avoids his younger brother. And it breaks my heart...

On top of that, the meds I have been taking last year, made me gain quite a bit of weight. And though I stopped taking them, I cannot seem to shift the gained pounds.

A dear friend of mine who's been ailing quite a while, died over a week ago, and I blame myself for not visiting her often enough in the last year. I saw her just two days before she died in her sleep, but I should have done more, despite my own problems.

Then there's these depressing elections...

My blog has been my salvation and a creative outlet, when I'm feeling blue. In a way, it is my escapism, my little corner of the universe, where the world is a tiny bit brighter. There are days when I feel like I had enough, and maybe I should close down the whole shebang. But then I think I will miss it too much.

I have been so much absorbed in my own issues and problems that I have totally missed all the awards and nominations.
Imagine my surprise when I received a tweet yesterday that I was among those nominated for the Best Writer category in 2015 MADS.

I am most grateful to whoever thought of me as the Best Writer. I am deeply touched, as I certainly don't think of myself as being a writer, especially the best.

Thank you for reading my blog! Without you, my readers, I wouldn't be able to go on.
I'll raise a cup of tea and share a big cake with you! 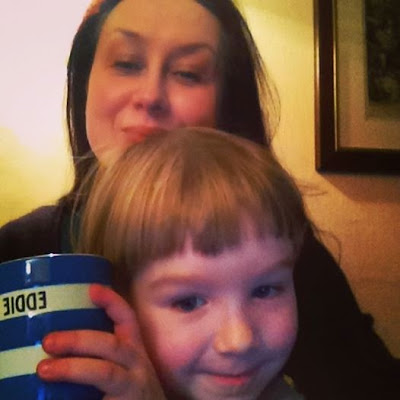