WHAT IF? No.11 Elizabeth & Raleigh, 1000-piece jigsaw puzzle from Ravensburger 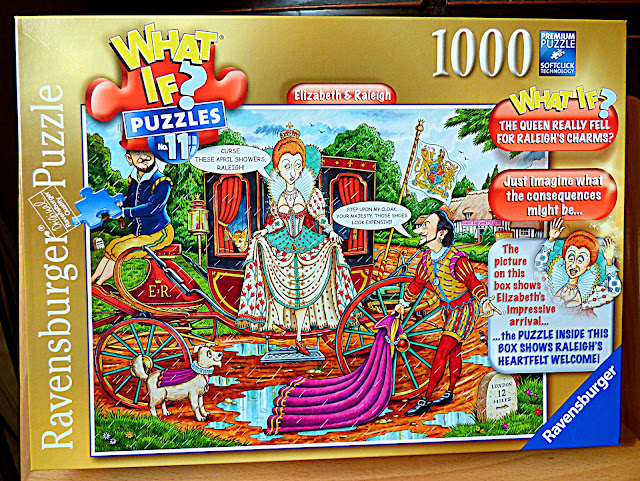 Assembling a puzzle is supposed to be a relaxing pastime, isn't it?! I enjoy my puzzles, but the last one I was solving proved to be truly fiendish. Which jigsaw puzzle kept me awake until the early hours? It was What if? No.11 Elizabeth and Raleigh 1000-piece jigsaw puzzle from Ravensburger.
This was my first experience of the What If? series of puzzles, and I had no idea what to expect.
With the usual jigsaws you have an image on the box and quite often an insert to use as a reference while piecing together your puzzle.
The image on What if? no.11 shows good old Queen Bess arriving to visit her favourite Raleigh. It depicts a scene often-presented in literature and movies.
That's how the story goes: "As the Qeeen drew near the place where Raleigh stood she glanced at the ground and seemed to pause. Raleigh's quick eye saw that the ground at that place was muddy. Pushing past the guard, he flung from his shoulders his rich velvet cloak and spread it over the muddy spot. As he did so he bowed low before the Queen, his plumed hat in his hand, and the sun shining on his wavy dark hair. Looking up, he found the Queen smiling graciously and thanking him for his courtesy. Then, stepping gently on the cloak, she passed on and went on board her boat" (Margaret Duncan Kelly, The Story of Sir Walter Raleigh).
And that's what humorously depicted on the cover of the box of the puzzle. An admiring courtier, spreading his velvet cloak for Queen Elizabeth to step on.
But what if Raleigh wasn't a true gentleman? The wicked wit of the artist Geoff Tristram has turned the well-known scene into a comic encounter.
As always, I start with the frame and work the image inwards, sorting the pieces into colour schemes: a group of purples, greens, reds, blues etc. Slowly, the faces start to appear.

But what's that? There is at least one more person present in the puzzle rather than the Queen, Raleigh and the coach driver.
Then you realise that Elizabeth is not where she is supposed to be, if she were stepping off the coach. Why is Raleigh smiling wickedly? And why is the driver looking shocked? What has scared the poor dog?

As it happened, the imaginary scene is not what you might have expected.

While I was assembling the puzzle, I was secretly fuming at the absence of the reference image (you can request one by writing to the address on the side of the box, but maybe it could be a good idea to put one in every box, neatly hidden in an envelope, so that if you were desperate to look at it, you had it there and then rather than writing a request and waiting for a reply). I told myself: Never again will I do another What if? puzzle.
I confess, I didn't do it all by myself. My friend Jen, who loves jigsaw puzzles helped me for a couple of days, so that we finished the puzzle together. 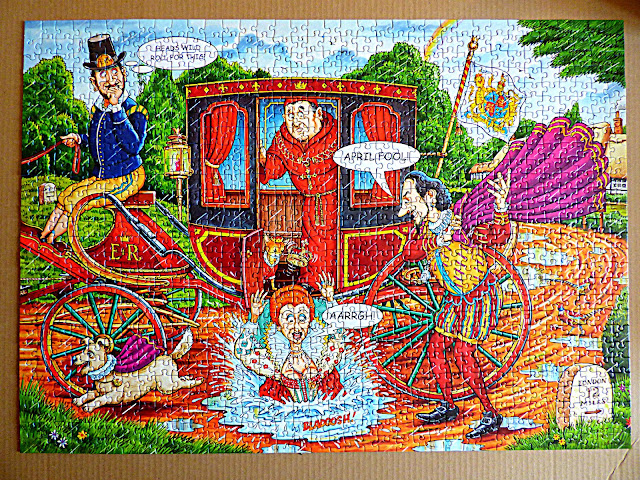 But once it was done and we admired the job, I started thinking, well, maybe, just maybe I will be curious to try another puzzle from the series.
This jigsaw puzzle will make a marvellous gift for any puzzle enthusiast. 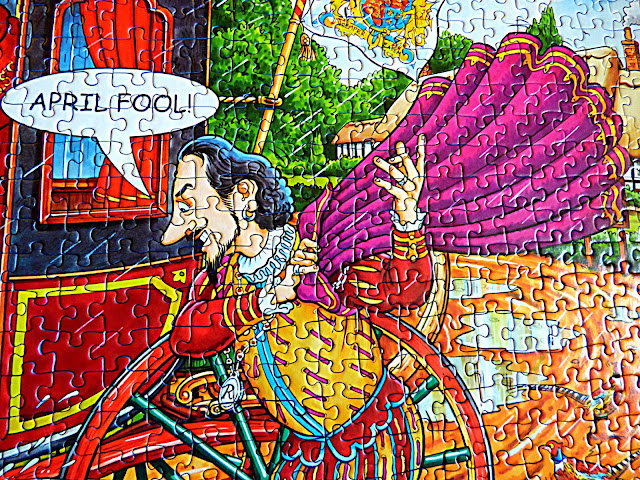 Have you tried any What if? puzzles? 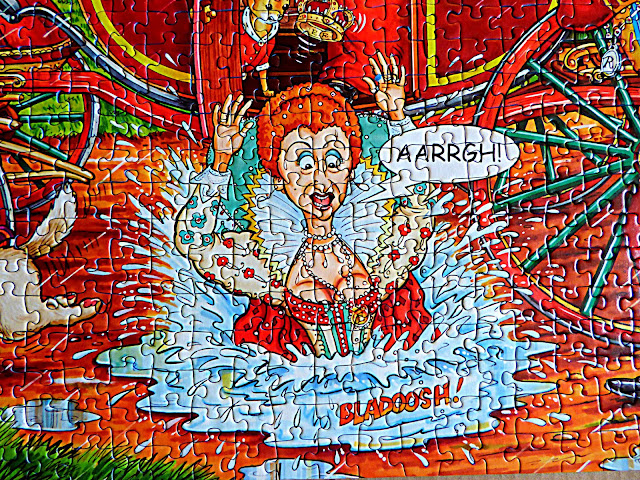 "
Disclosure: I received this puzzle for the purposes of reviewing. All opinions are mine. 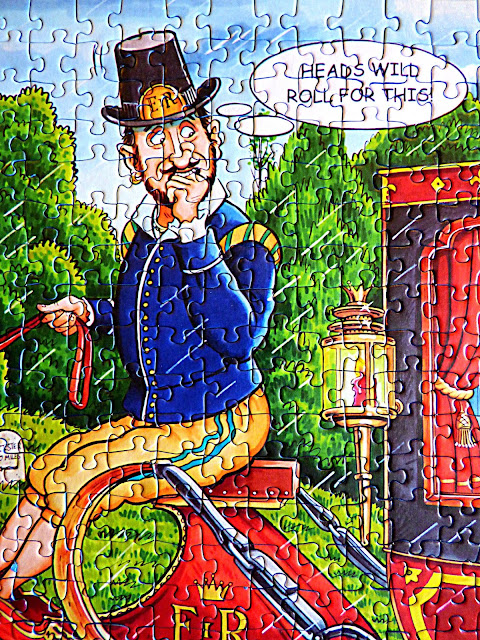