Every week I help in Eddie's school as a volunteer, taking Reception children to the library, collecting the books they return and issuing new books. I have noticed that each time the shelf with books about dinosaurs is emptied very fast. The dino-books literally fly of the shelves. Dinosaurs are such a fascinating topic, and aged 4 Eddie probably knows more about dinosaurs than I do (as Daddy and he enjoy reading books on the dino-world together). Schleich, a much loved toy brand, has released a new range of mini-prehistoric animals.
We often pop into the local toy shop, and always admire the miniature world of Schleich toys. Their craftsmanship is of high quality, with great attention to detail. Their animal and fantasy figures appeal to both children and adults. When our older son was little, we started a collection of animals, which later was "inherited" by our younger boy. They are excellent for imaginative play, and they don't fade with time.
This year Schleich has introduced a new collection, and I can see this new range will be very popular.
Eddie loved the new collection (he's got 6 out of 10 new mini-dinos, and now wants the whole set, so we'll be visiting the toy shop soon enough).

Eddie calls them bad guys (omnivores) and good guys (herbivores). Let's start with the bad guys, and the "baddest" of them all, according to my little man, a T-rex. With a height of almost 7 metres and a length of almost 13 metres, the T-Rex was too big and bulky to be a good hunter, he was more of a scavenger. 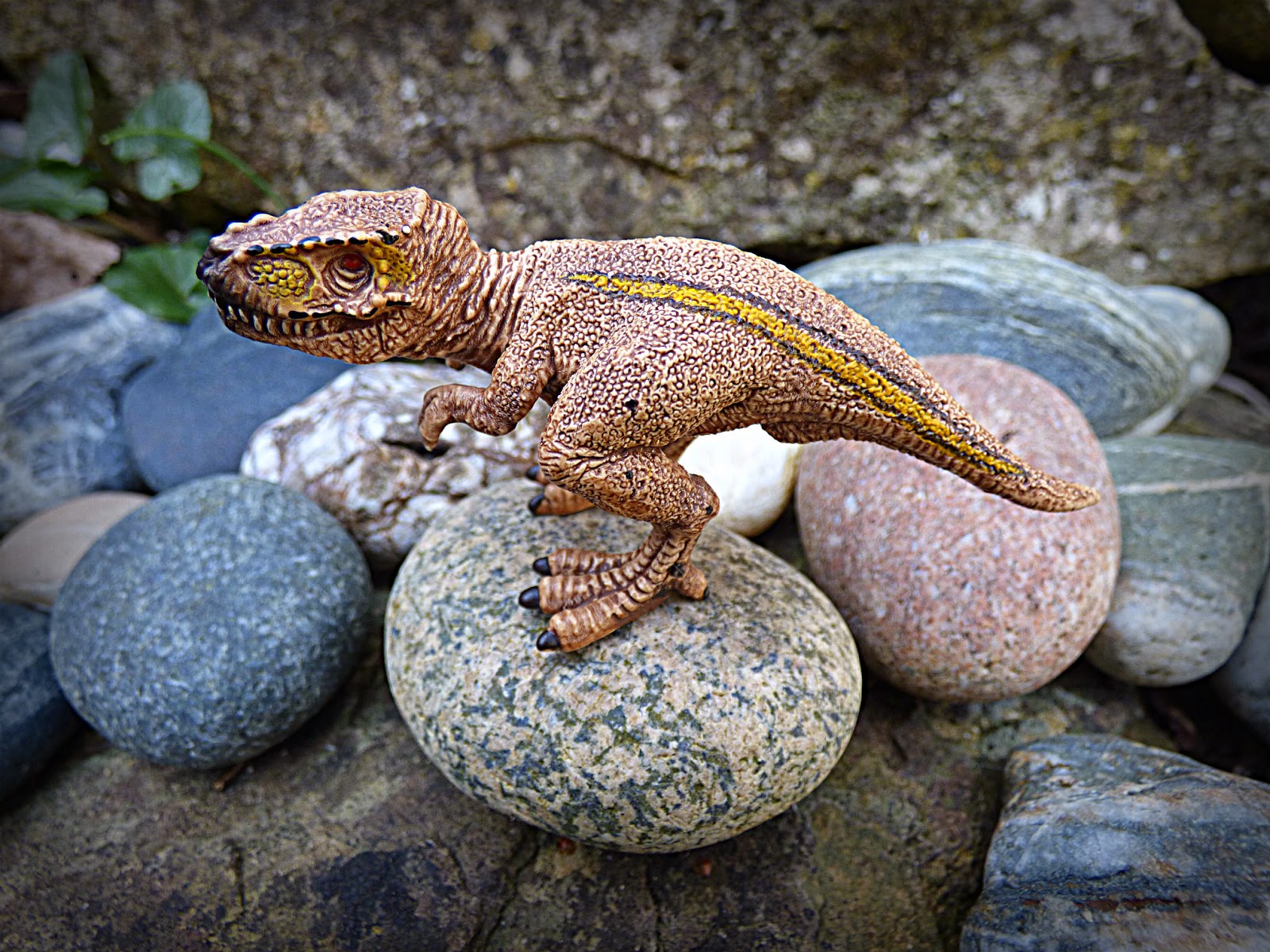 On the contrary, Velociraptor was the perfect hunter. It is considered to be a very intelligent dinosaur. Small and fast, they hunted in packs and could overwhelm a much bigger prey. Just look at its flat snout and sharp teeth! 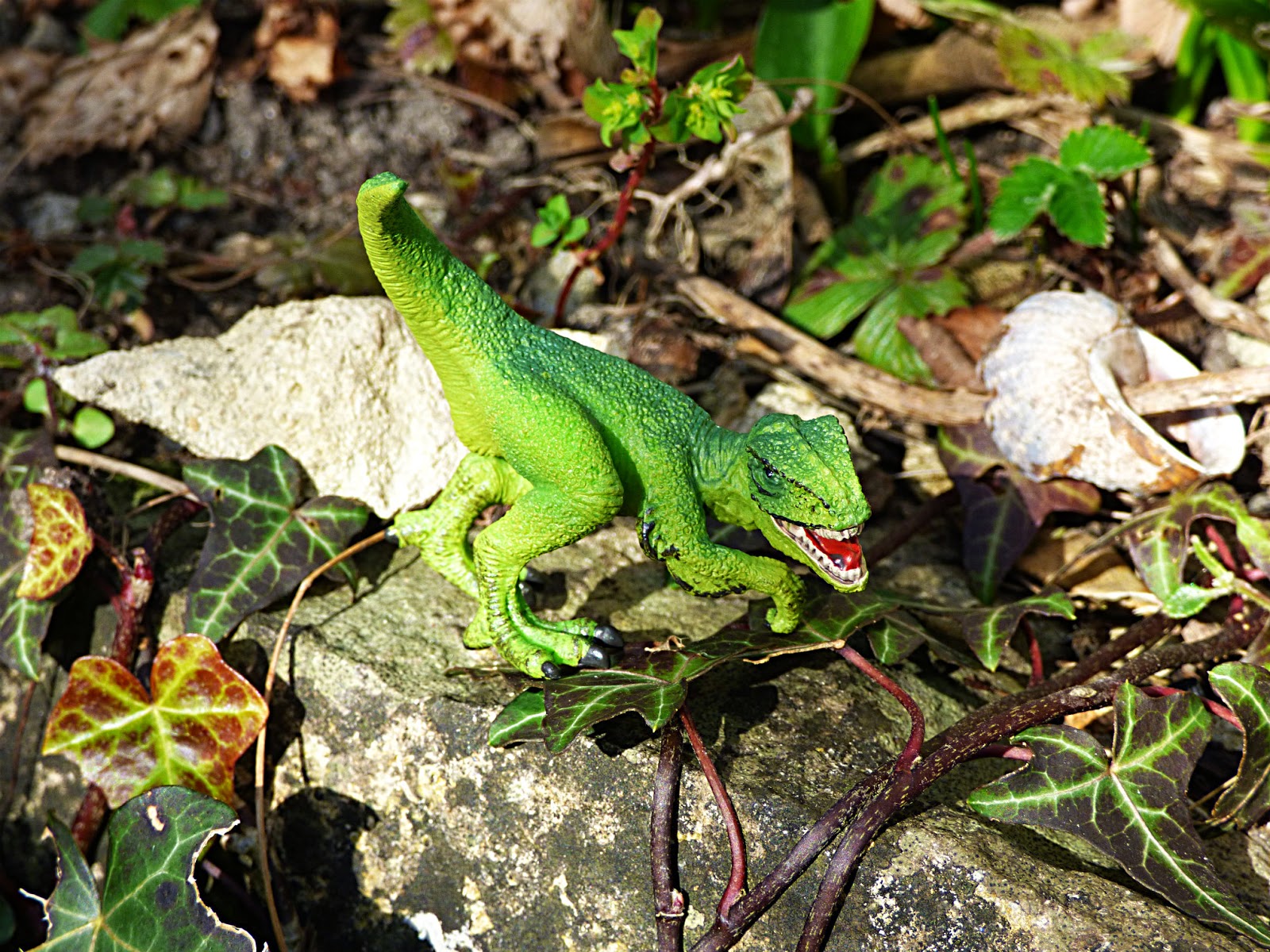 Triceratops might have looked scary, but it was a herbivore. Its head was the weight of a small car and about one third of its body. A long tail kept the body balanced on the ground. The name derives from the three horns on its head. 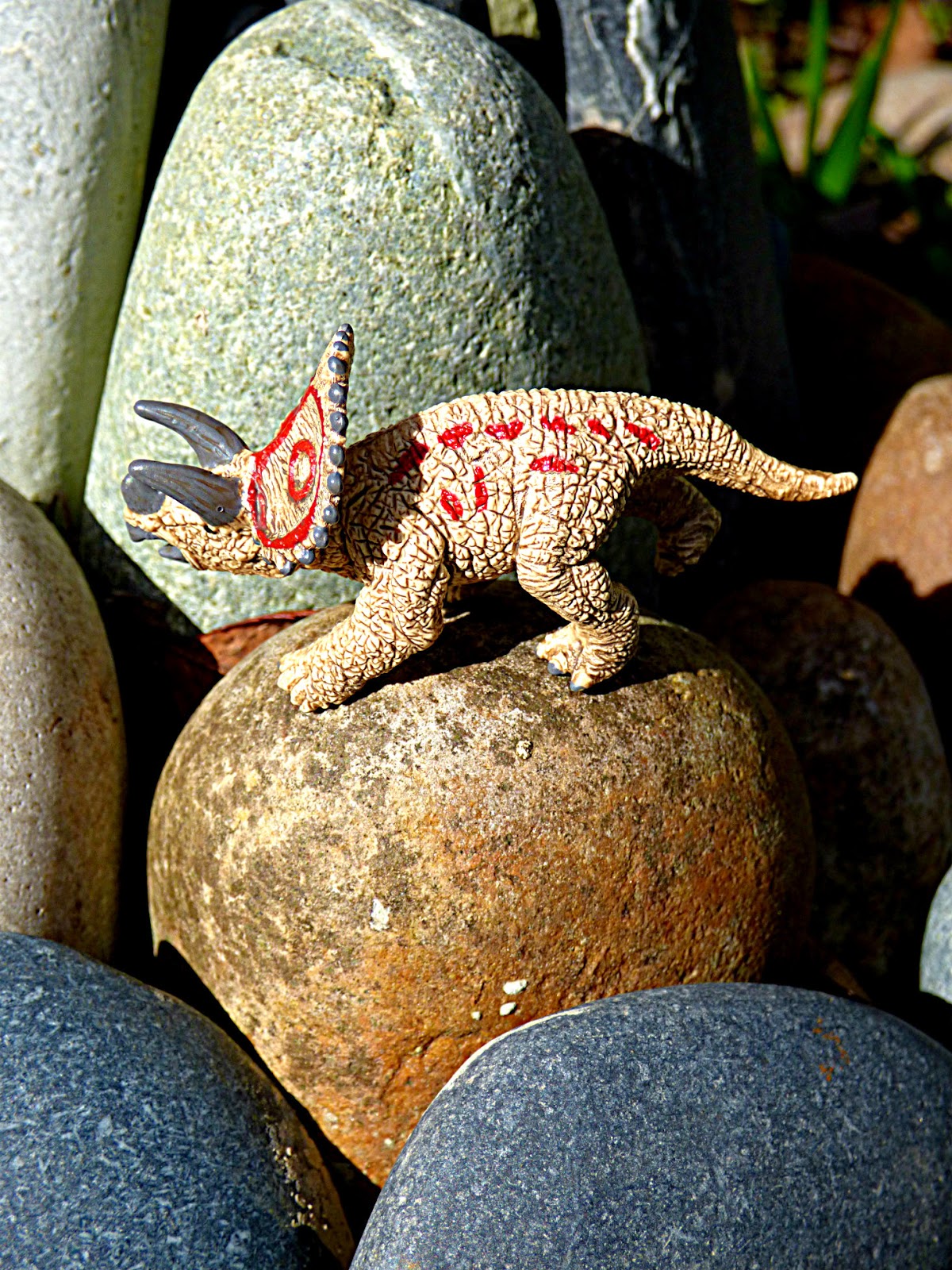 Pentaceratops is quite similar to Triceratops, with five horns on its head. It had the largest known skull of all terrestrial animals, how amazing is that. 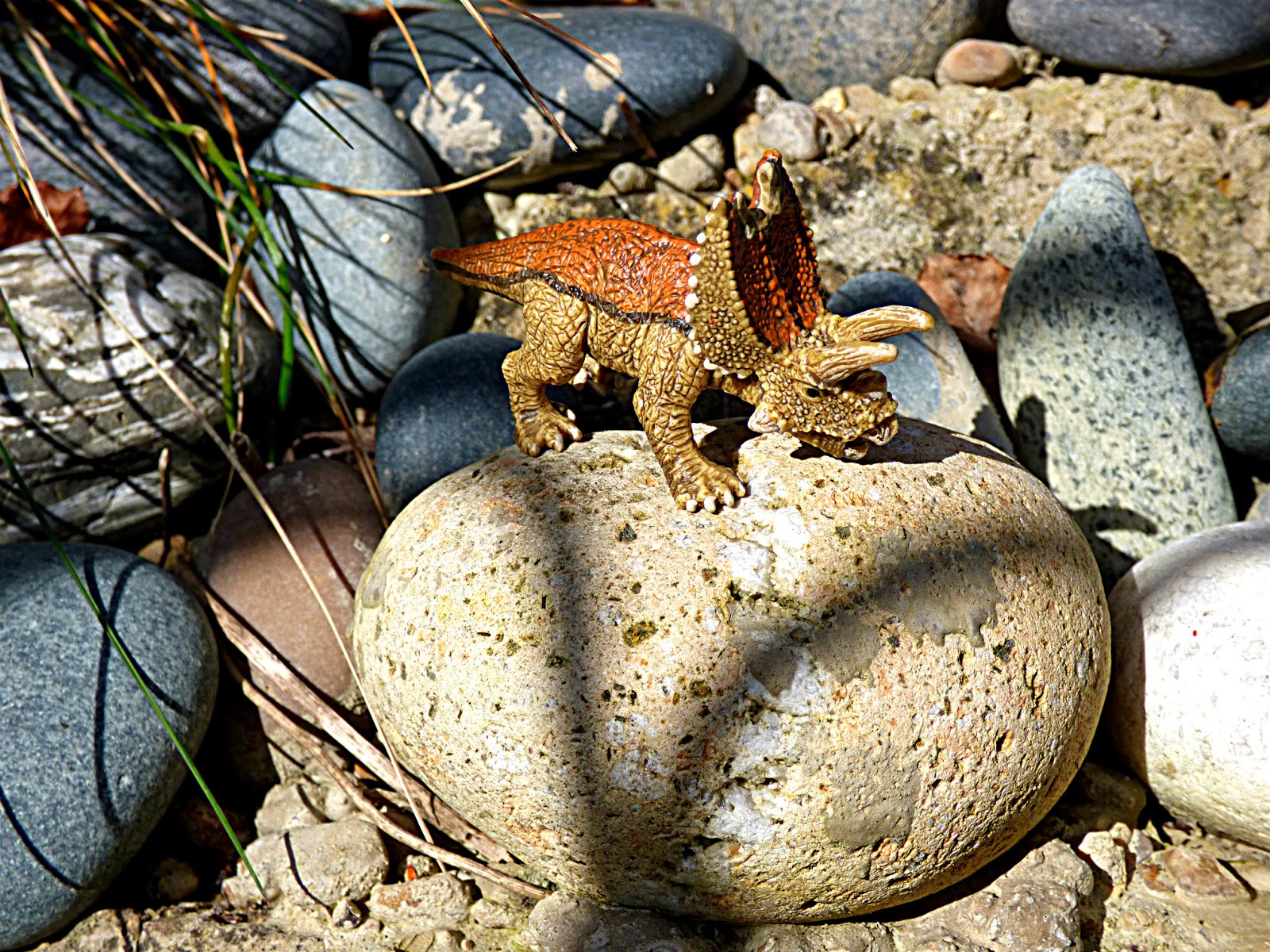 Saichania is known for its distinct appearance, with the thorny excrescences all over the top of its back. It could defend itself with a club-like tail. 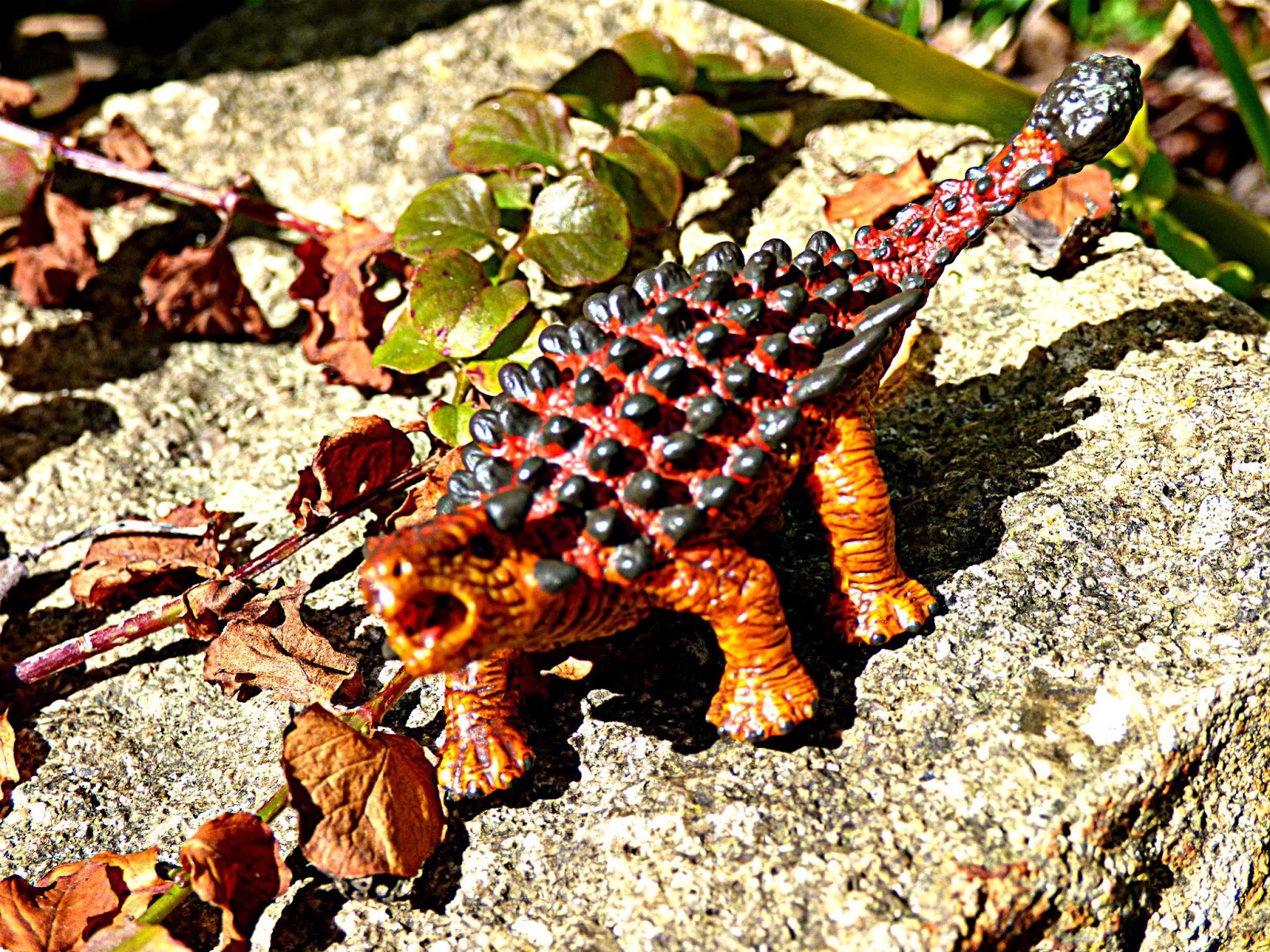 Stegosaurus is a real beauty, with spikes on the tail and plates on its back. Though ten-metres long, it had a tiny brain, not more than a size of a walnut. 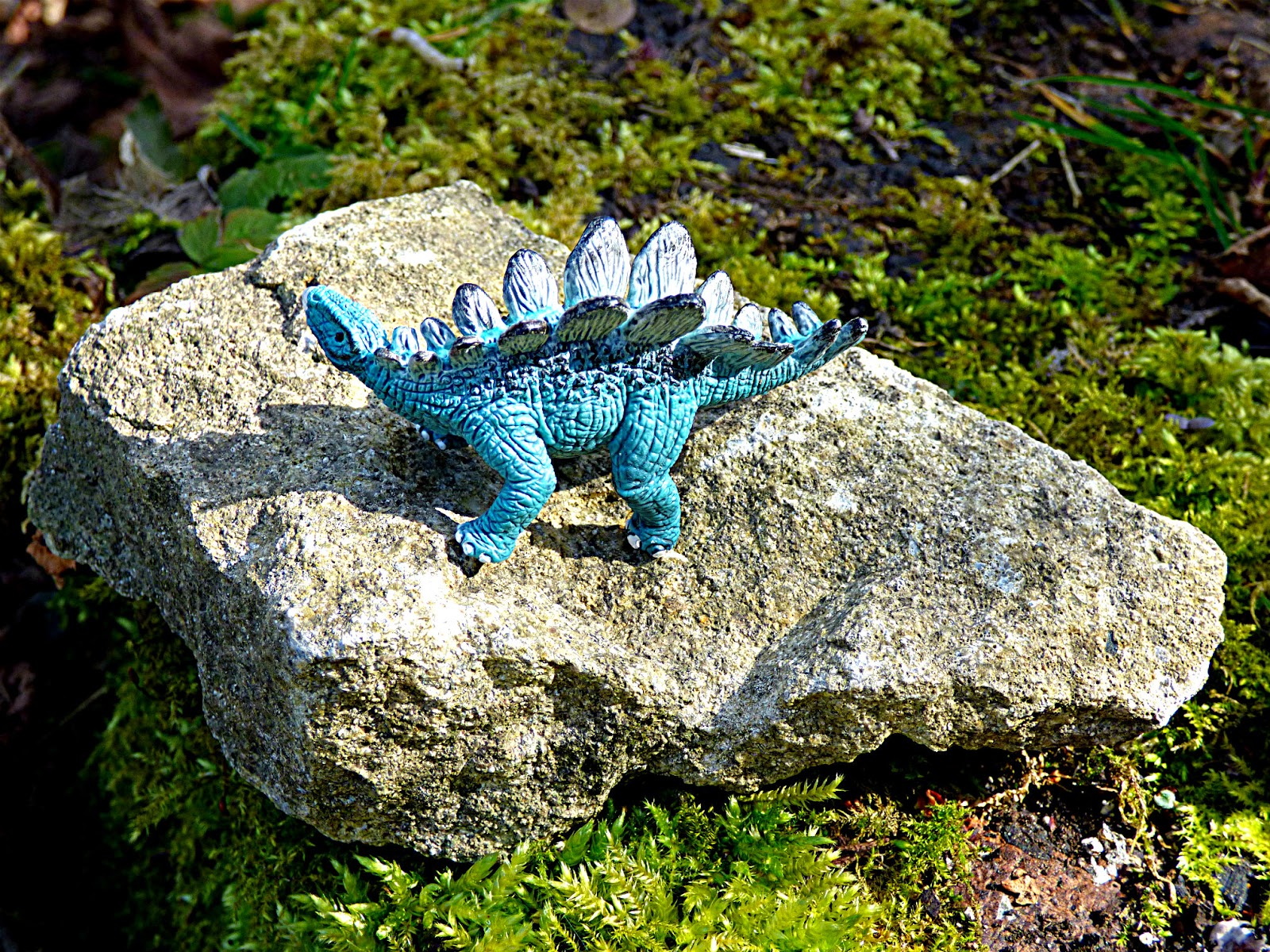 This is a beautiful collection, great for imaginative play and with an educational aspect. Children will want to discover more about these prehistoric animals.
Great fun, according to my son Eddie. We have looked up all the animals online, as I confess I couldn't name all of them (I got 4 out of 6), and enjoyed discovering the facts about these fabulous creatures who roamed the Earth millions of years ago.

Disclosure: we received a selection of Schleich toys for the purposes of reviewing. All opinions are mine.
Posted by Galina Varese at 20:23:00