I read a lot of foodie blogs. There are times when a delicious recipe stays with you and just asks to be replicated. That's happened when I saw the most delectable recipe for lush chocolate box brownies cooked by Dom from Belleau Kitchen. 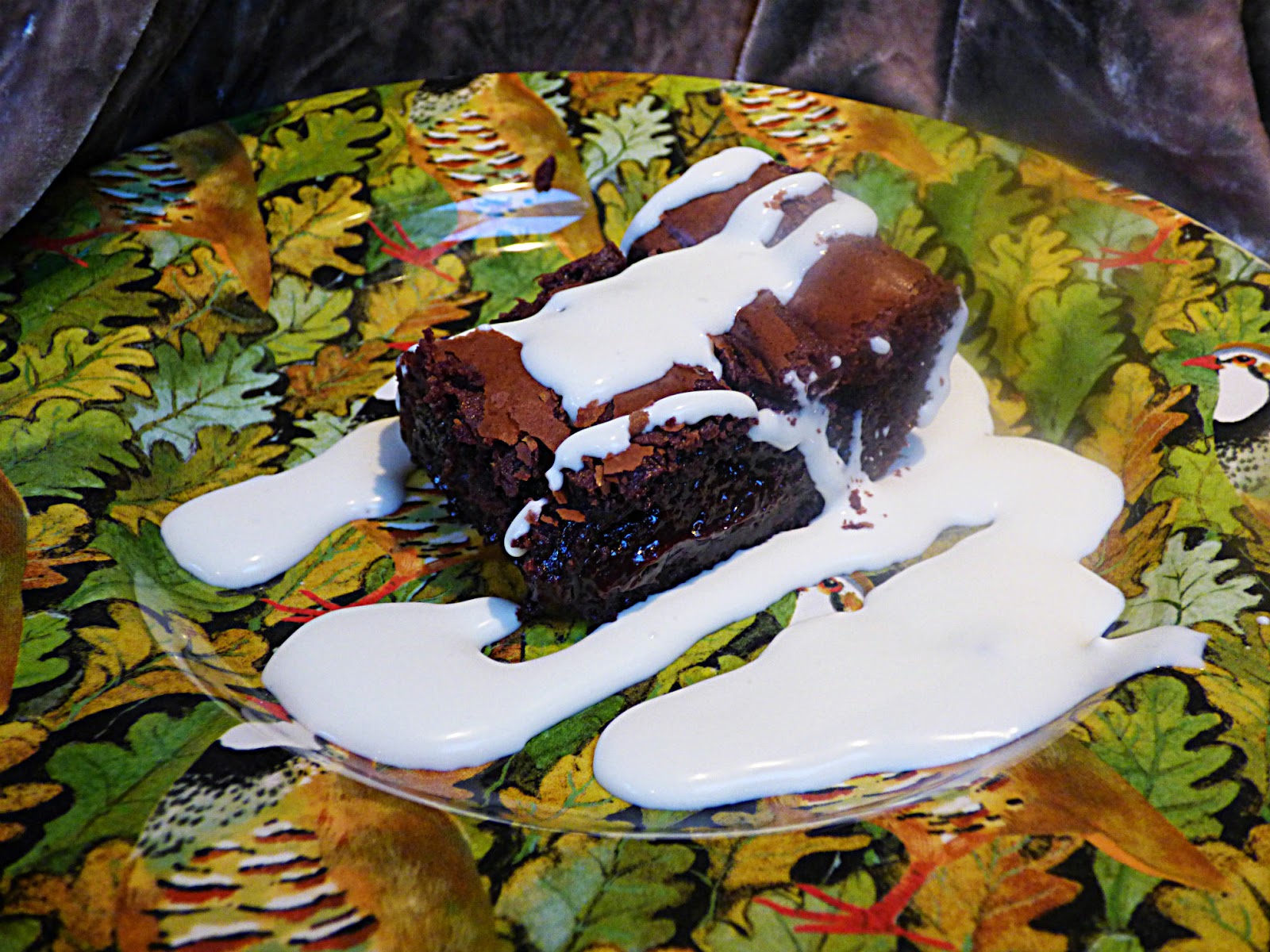 I fancied them from the moment I saw them. a kind of "You had me at Hello" moment. I also had a half-empty box of Thortons chocolates left from Christmas that nobody wanted to finish. Chucking them in a brownie mix together with some Polish chocolate-covered marshmallows seemed like a problem-solver.


I followed Dom's recipe closely enough, perhaps adding more chocolates than he did. I also cooked it for at least 10 minutes longer, as it was still pretty uncooked after half an hour.
That's how the brownie tray looked after I just took it out of the oven, still pretty glossy. 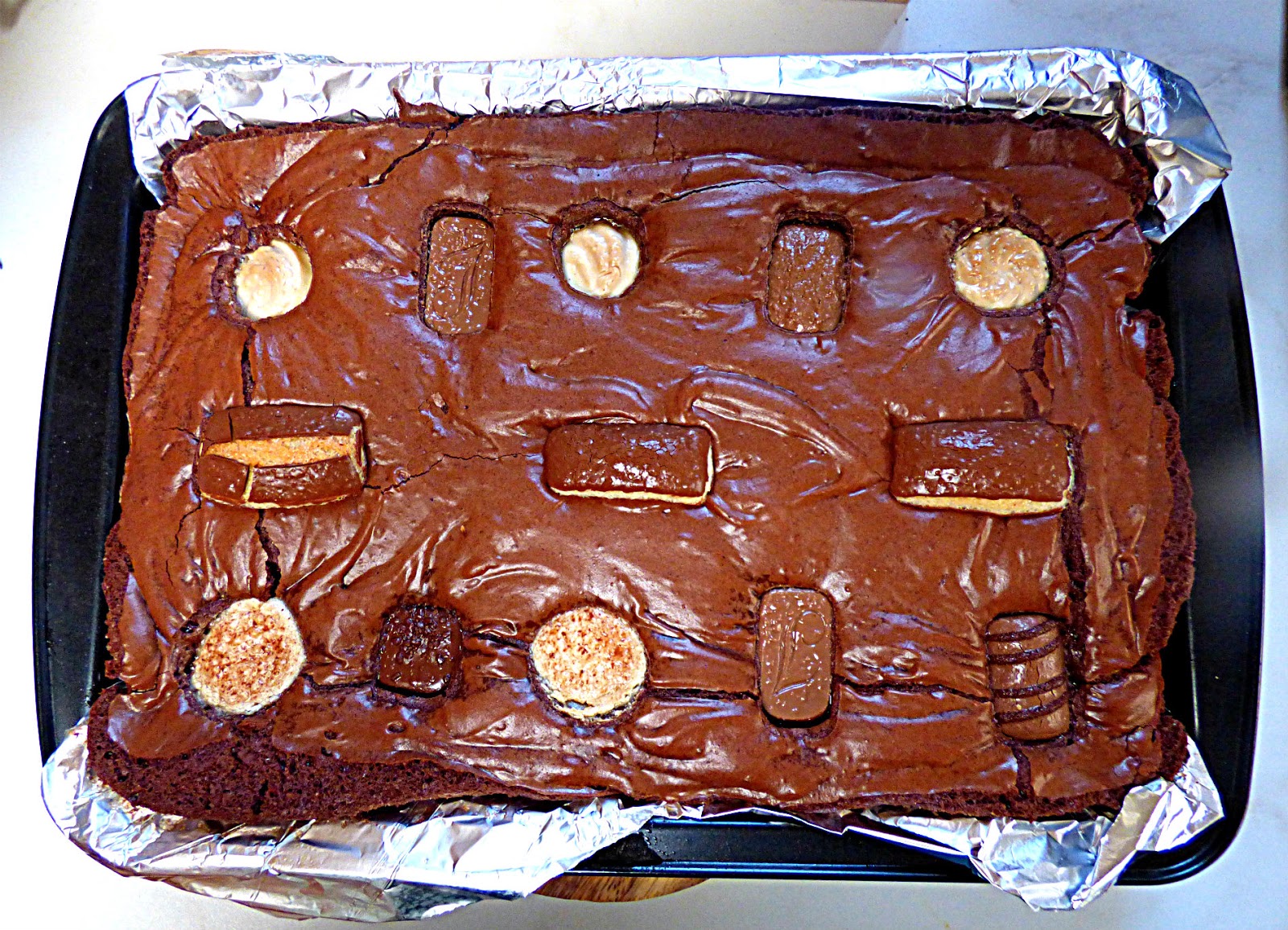 Once it got cooler, I carefully took it out of the tray, and cut into squares and rectangles. These brownies are so rich and gooey that the pieces have to be on a smaller size. They are verrry good though, so I recommend you try the recipe yourselves.
We had them with cream and without, delicious both ways. 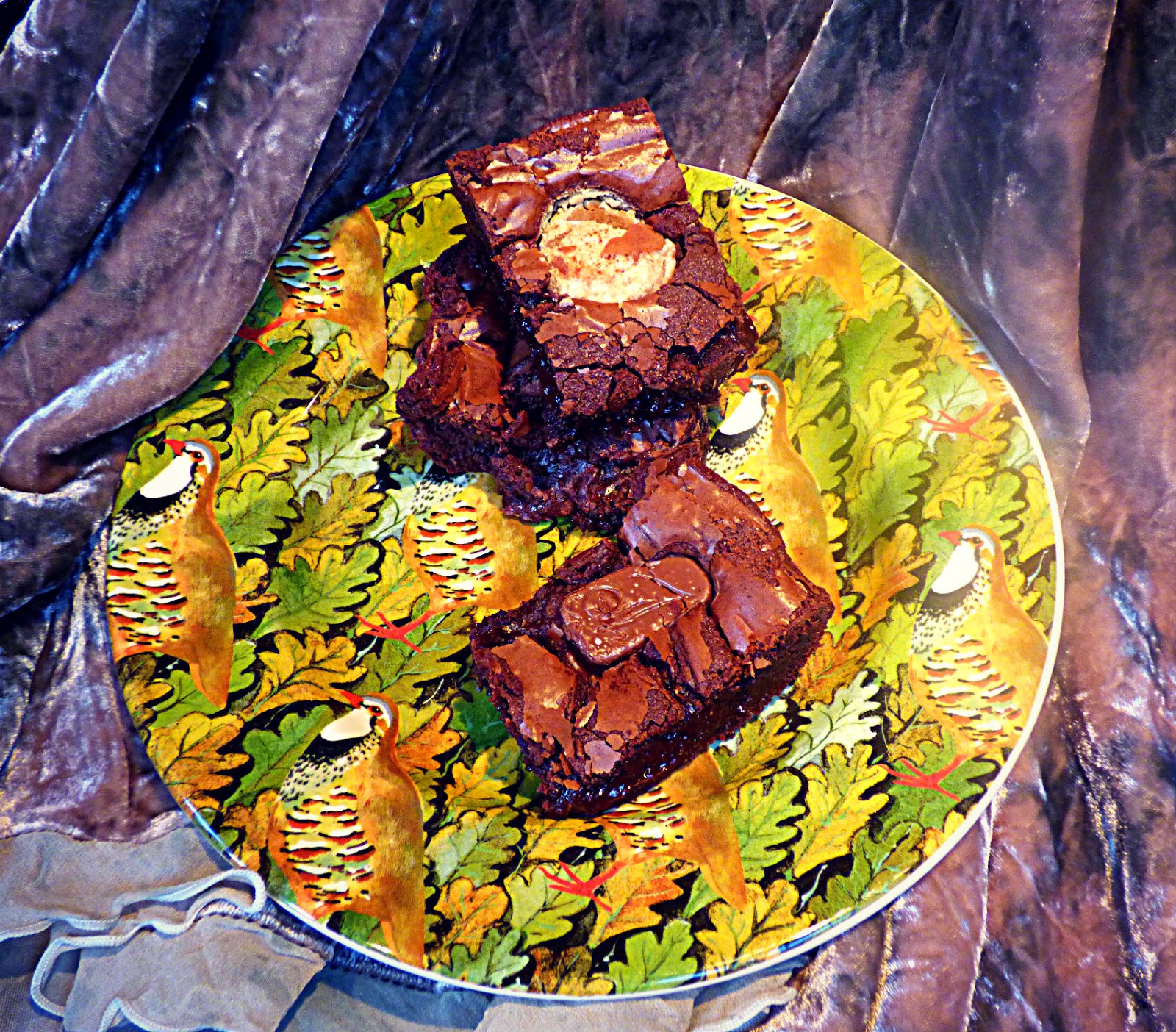 And of course the possibilities are endless. Next time I'll try to add some Ferrero Rocher or my favourite Raffaello. 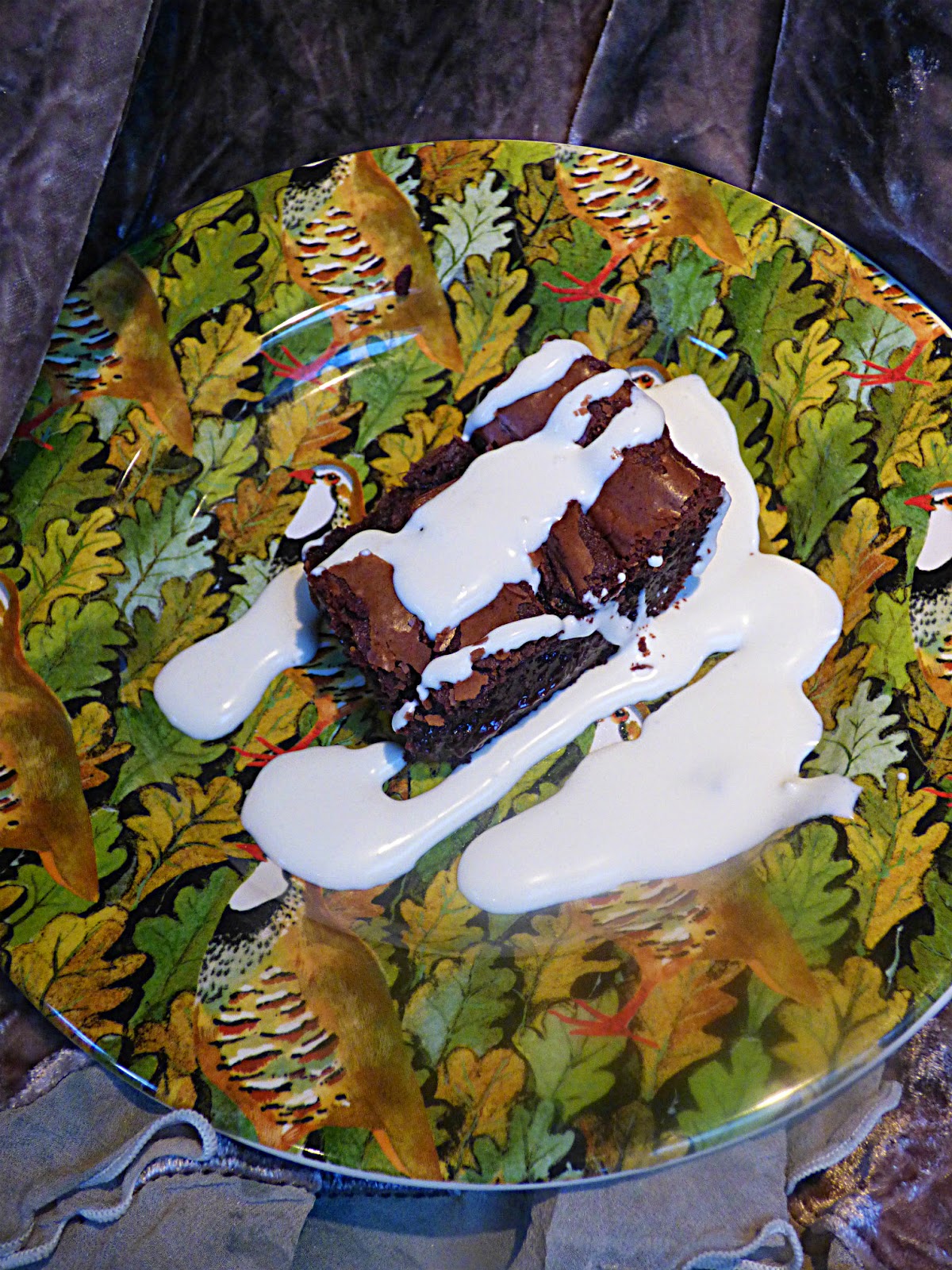