As my kids are big fans of "fishy" animation (Finding Nemo, Shark Tale etc), I was curious to see how SeaFood (Lionsgate UK) compares in the oceania adventures department. We missed SeaFood when it came out on DVD last year, but on the 3rd of February 2014 Lionsgate UK releases SeaFood ( as well as Daddy, I'm a Zombie which I reviewed a while ago) on Blu-ray. 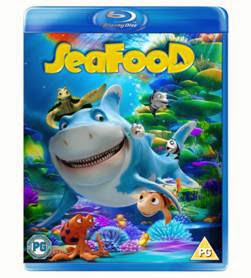 SeaFood starts with a dramatic chase, which we later learn is only a pretend game between two friends. Later Pup the bamboo shark, who is the smaller of two friends, witnesses the cruel human divers stealing a whole lot of shark egg sacks from his reef.
He goes on a mission to rescue his family. To do that he must venture on the dry land.
His friend Julius is afraid for Pup's safety and goes in search of him with the help of a scientist octopus Octo who builds a mechanical suit for Julius.
This film has been produced with the financial support of Ministry of Science,Technology and Innovation (Malaysia) and addresses some serious issues like the pollution of the ocean and consumption of the sharks.
The scene where the sea turtle Myrtle is being suffocated by the plastic bag is harrowing. The pollution breeds the aggressive and sinister sea bottom dwellers.
The main message is that it's the human beings who are the main predators. Sharks are actually good guys in this film.
My younger son was a bit worried, seeing the evil creatures, and while safely sitting on my lap, kept commenting "This is not a very good movie, Mama, shall we switch it off?". I know this means he was a bit scared but didn't want to admit it.
We watched it together, and cheered Julius escaping from the cruel chef who tried to capture the shark for its fins. We both screamed "Faster, Julius, faster!" and were biting our knuckles during the chase, will they reach the ocean safely?! 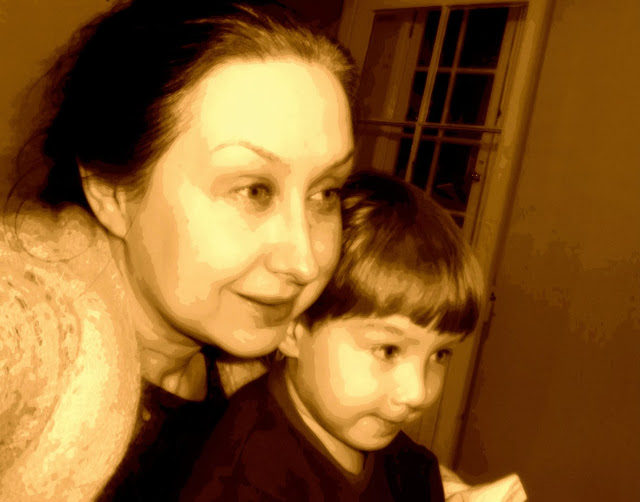 It never stops to amaze me what kids find strange or believable in animation. Eddie wasn't surprised that the sharks and other sea creatures talk, but when he watched the scene where the woman driver with her daughter were waiting for the traffic lights to change, he commented: "Mama, why is the girl not buckled in?"

It might be a bit predictable but if the weather is grey and miserable, you could still have a fun afternoon, watching a film together as a family and having sweet'n'salty popcorn. We loved cute little Pup and his true friend Julius, and enjoyed the fabulous fighting chickens. 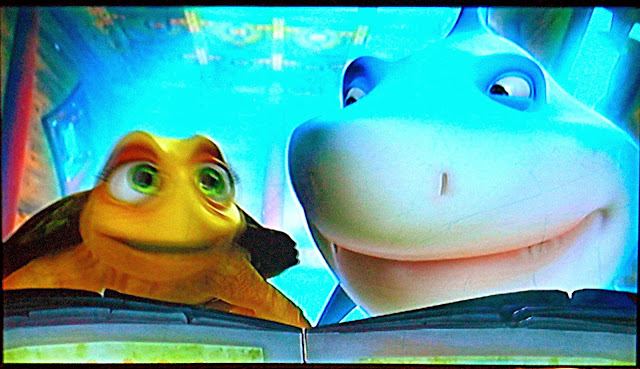 Disclosure: I received SeaFood Blu-Ray for the purposes of reviewing. All opinions are mine.