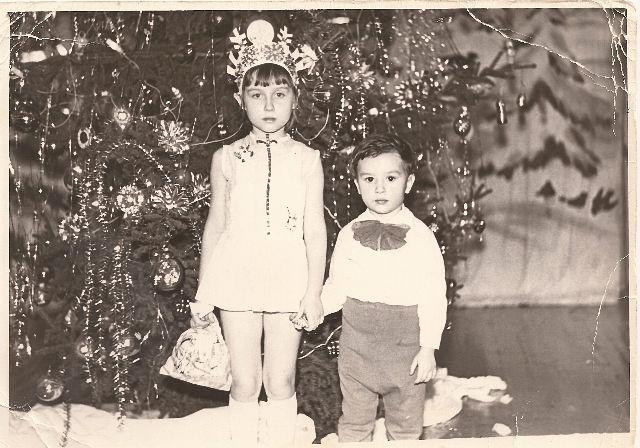 That's my little brother and me, aged about 2 and 5, looking very solemn. I'm dressed as a Snowflake, a rather typical New Year's eve costume for children's parties at those times in the Soviet Union.
Most of my early childhood photos are black and white. I remember when my older niece was a little girl, she looked at her Mum's childhood photos and was sad, because she thought that everything was black and white then. She was also offering to colour in the photos.

New Year's eve was a big celebration in the Soviet Union, much bigger than Christmas which then was a very religious holiday. Sometimes I wish I could turn back the time and just have a peek at our jolly company, with my parents still young and us as kids, trying to stay awake until midnight. The winters were white (well, they still are in Russia), and the magic was just round the corner.

Wishing you all a very happy new year!
Posted by Galina Varese at 16:42:00