Oh, we had a wonderful new year's eve night with friends. It's been many years since I stayed up until midnight on new year's eve, unlike in the days of my childhood and youth when this day was celebrated with great enthusiasm.
I think the last time we went to a new year's party was 15 years ago, when I was pregnant with our first child. After that, it was an early bedtime for me, with a book or ipad, reading until midnight.
Yesterday we stayed until late, or should that be early hours. Even my younger one didn't want to go to bed. He and his friend braved it with the grown-ups. And just I look back with fondness at the midnight feasts and TV shows of my childhood, I hope that Eddie will also remember this night as a jolly good time.
Yes, we were tired, and he zonked off as soon as he hit the bed, but we didn't have to get up early today.

The fireworks in London were spectacular, Robbie Williams less so. I don't know if it was his usual level of performance, but he wasn't good at all. I wonder if "Party like a Russian, have it like an oligarch" was meant to be a satire on the new Russians, or a song written to humour the nouveau riche residing in London?!

I cooked a big ham as the main course, and served it with a simple cranberry sauce among other things. Today, I was happy to munch on all the wonderful leftovers. For dinner, I had cheese and crackers, and ham with cranberry sauce. And I also treated myself to a glass of gin and tonic.
Reading one of Mumsnet threads on the "pleasures" of Facebook friends recently, I had a giggle, when one of MN-ers said she has an annoying FB friend who always posts that she is having a cheeky glass of ... (insert an alcoholic drink). That wasn't me, honest. And I wouldn't use a word cheeky, describing my G&T.
It was delicious (Gordon's elderflower gin, with lots of ice and tonic) and a proper treat after several hours of washing all the dishes, pots, pans, roasting trays. 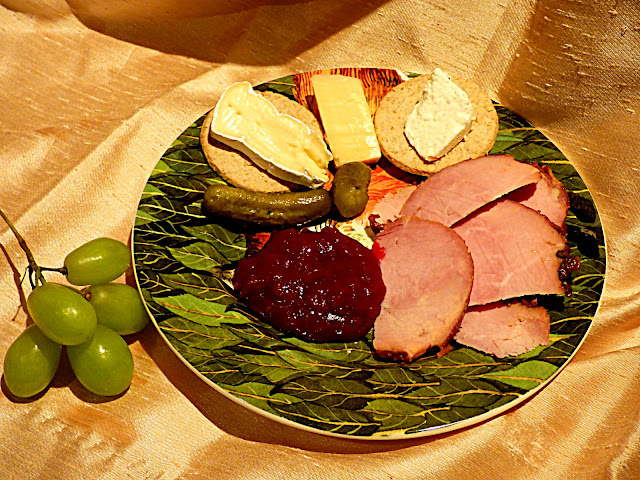 I love cranberry sauce, it is a great accompaniment to any roast or cold meats. This sweet tangy sauce is often enhanced by the orange zest, spices and alcohol.
I did write last year that for many years I have been making cranberry sauce with fresh or frozen cranberries and port, and the result was always a satisfying ruby red preserve which works beautifully with any roast meat - either red or white.
Last year, before Christmas, I was looking for something a little bit different, when I came across Nigel Slater's cranberry sauce.
He recommended using white wine instead of the usual port and orange juice. I have already tried his cranberry sauce recipe with white wine, and it was delicious, light and fruity, less sweet than the sauce made with port.
In the recent Degustabox there was a small bottle of Eisberg Sauvignon Blanc (non-alcoholic wine), which I used in this recipe.

Place 300g cranberries in a pan with 100ml white wine, 100g caster sugar, zest and juice of 1 orange and a cinnamon stick, bring to the boil. Simmer gently for 10 minutes, remove from the heat. Using a hand blender, blitz the sauce, not too fine, leaving some berries whole, and spoon in a sterilised Kilner jar. Once cooled, put the jar in the fridge.
This sauce will keep in the fridge for a week, though we'll most likely polish it off much sooner. There is already not much left. 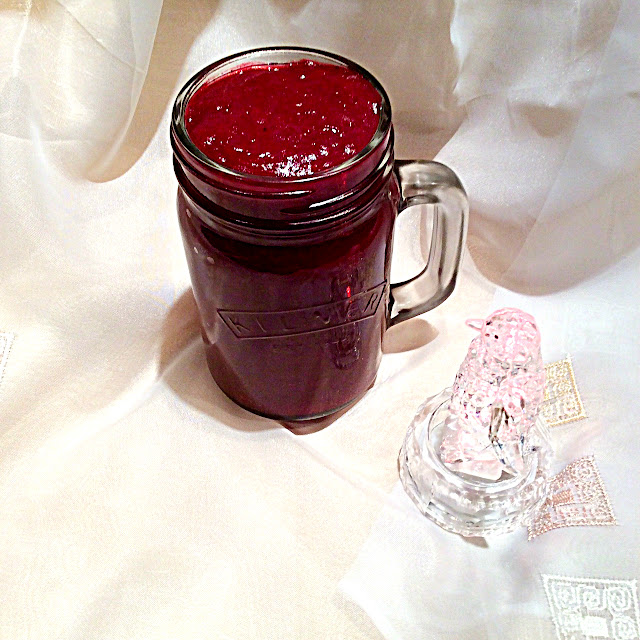 I hope you had a lovely new year's eve. Did you go (or host) a party, or did you go to bed early? 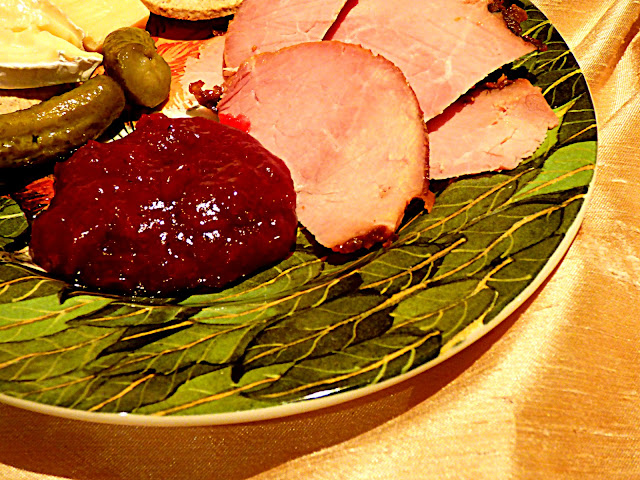