In the last year or two Disney has been producing one remake after another of its own classics for children - think Cinderella, The Jungle Book, the soon coming The Beauty and the Beast.
The remake of Pete's Dragon came to the big screens last August. We missed seeing it in the cinema, and were eagerly anticipating its arrival as a DVD.
Pete's Dragon is now available on Blu-Ray, DVD and digital (from 5 December).

We have never seen the original 1977 film, so didn't know what to expect story-wise.
The 2016 production brings certain connotations to quite a few well-known and much-loved child/alien-fantastic creature/animals bond films like ET, The Jungle Book and The Iron Giant. The scenes of dragon-riding also reminded me of The Never-ending Story.

It starts on a very sad note. A four-year-old boy Pete becomes orphaned, when the car he's travelling in with his parents, gets in a horrible accident. The boy is rescued and adopted by a giant fluffy green dragon. Pete (Oakes Fegley) names him Elliot, after the book character, and they live together in the woods for 6 years.
The dragon behaves like a big dog, it has  the dog's mannerisms and behaviour patterns. His ability to turn invisible amongst the deep forest, helps the boy and the dragon live in peace for six years, until the lumber industry arrives in the heart of the forest.
Pete is seen by a young girl called Natalie, and is "rescued" by a well-meaning bright-eyed and good-hearted ranger Grace (Bryce Dallas Howard who we last saw in the Jurassic World).
Pete is missing Elliot, the dragon is looking for him. Will they be reunited? Will Pete adjust to the world of the humans, or will he always hanker for what he has lost?

There are some very poignant moments, as when the dragon is captured by greed-propelled people who do not appreciate the beauty of nature. They want to conquer it, subjugate, exploit it for profit and eventually destroy it.

The dragon looks are not very convincing. Don't expect the realism of detail like in the Jurassic Park/World series. He is more like a giant soft toy. Saying that, my 6-year-old son loved the dragon.
Oakes Fegley as Pete has also won our hearts.

Robert Redford is very good as the patriarch of the family, old wood carver Mr Meacham who loves telling stories of meeting a dragon. Nobody believes him, of course, including his own daughter.

This is a kind film, which would capture hearts of the whole family. If you're looking for a film to watch together as a family during Christmas holidays, this might well be the film for you.

Bonus features:
Blu-Ray:
- Notes to Self: A Director's Diary - Director David Lowery narrates the personal diary he kept through the filming of Pete's Dragon in this intimate and fascinating look at the movie's making.
- Making magic - Discover fun facts about what went into designing this spectacular, lovable dragon.
- Disappearing Moments - The director shares a montage of the films "lost" scenes.
- Welcome to New Zealand - experience the wonders of New Zealand and learn why it's a magical place to visit ... and to make a movie.
- Audio Commentary - Gain an insider perspective from director David Lowery, co-writer Toby Halbrooks and actors Oakes Fegley and Oona Laurence.
- Music videos: "Nobody knows" by The Lumineers and "Something wild" by Lindsey Stirling featuring Andrew McMahon in the Wilderness.
- Bloopers 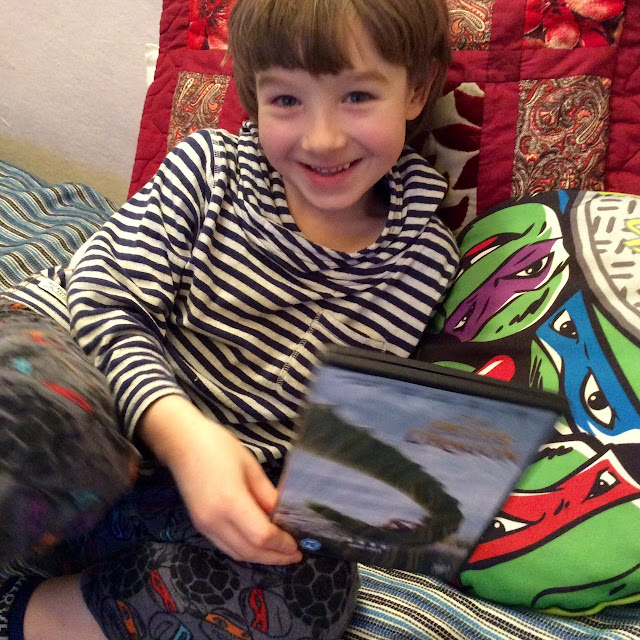 Disclosure: We received the DVD for the purposes of reviewing. All opinions are our own.
Posted by Galina Varese at 17:05:00