Roar into action with The Half Shell Heroes 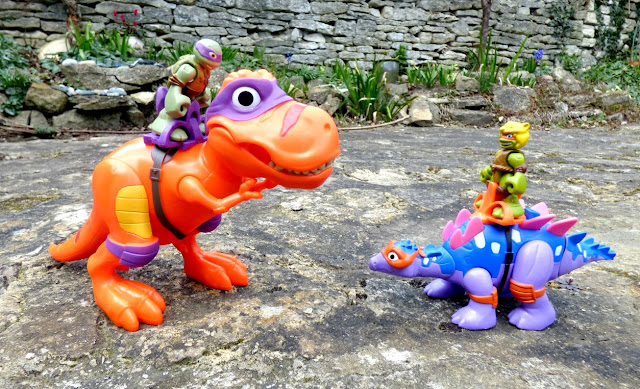 The Half Shell Heroes Blast to the Past are a range of Teenage Mutant Ninja Turtle toys by Playmates Toys. They are collectable items for a younger generation of TMNT fans, like my 5-year-old son Eddie who wants to be a Ninja Turtle when he grows up. The latest addition to the range are half-shell heroes with prehistoric pets. Hurrah, that's two of our favourite things together!
You might have seen them in the Nickelodeon TV special aired on the 31st of January on Nick Tooms.

The fearsless TMNT heroes are going back in time for the ultimate rumble in the jungle. Apparently they must stop a sinister alien dino race from changing the Earth's future forever.
The range is pretty impressive. We received T-Rex with Donnie and Stagosaurus with Mikey, but you can also find such fun combos as Pterodactyl with Raph, Robo Raptor with Triceraton as well as beaddies Shredder, Beebop and Rocksteady..
The toys are very colourful and bright. Dinosaurs look rather cute than scary. 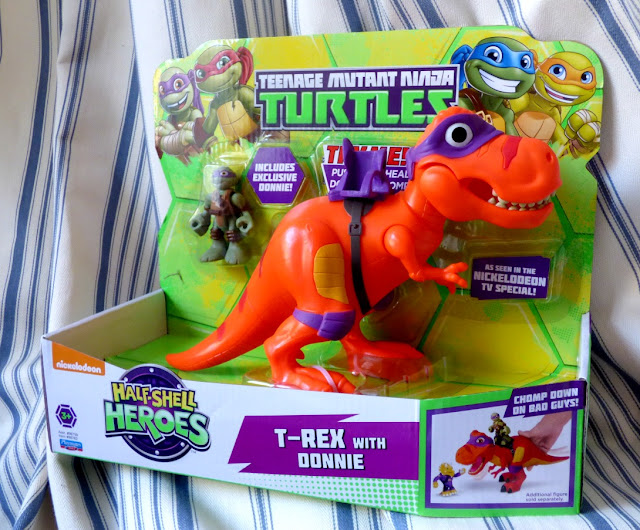 T-Rex with Donnie: Donnie is riding his not so fierce looking T-Rex into battle, chomping down on bad guys. This set includes an exclusive Donnie figure. T-Rex's jaws open and close.
My son was very enthusiastically playing with both sets we received, and told me he wants to expand his collection. 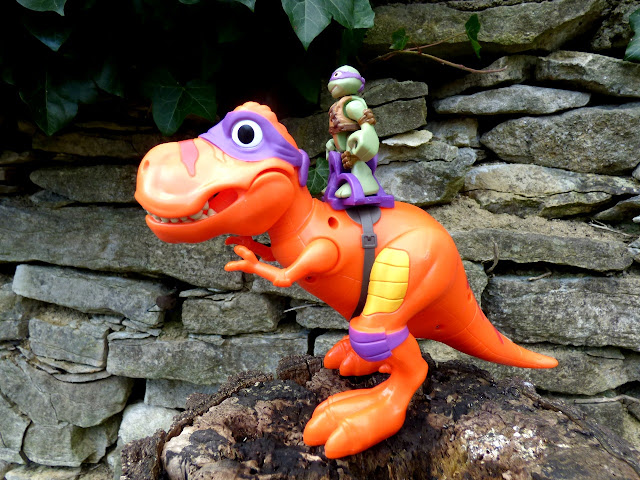 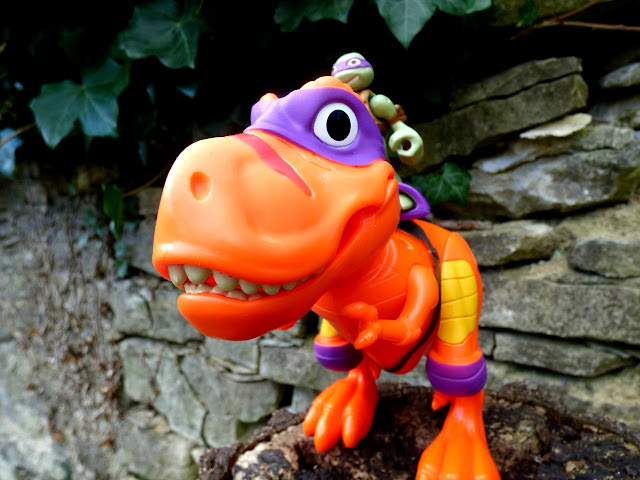 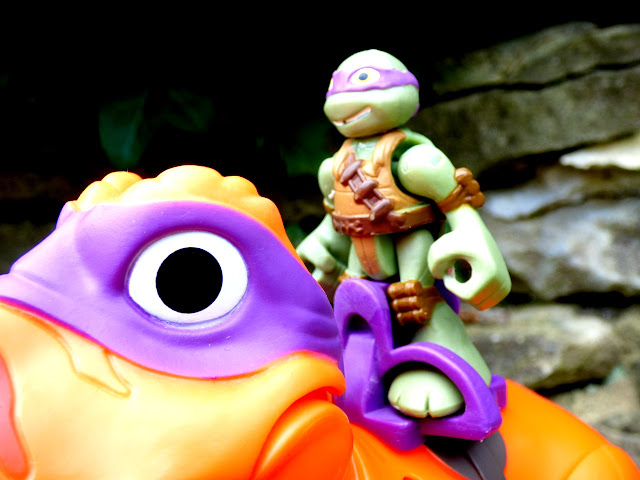 Stegosaurus with Mikey: Mikey rides a stegosaurus. When you press the button, the tail slashes.
These toys are cute and encourage imaginative play. 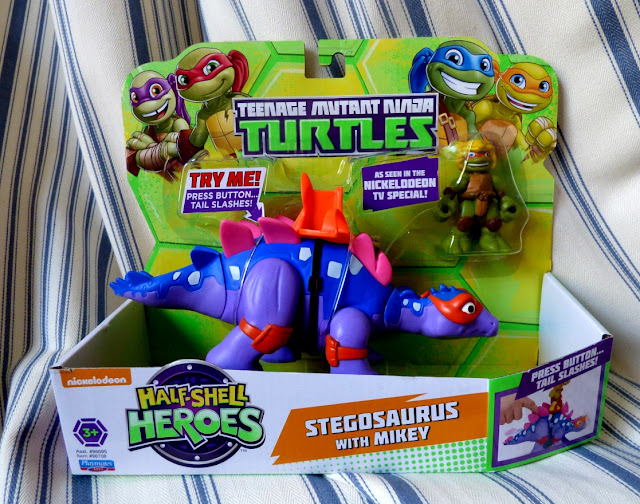 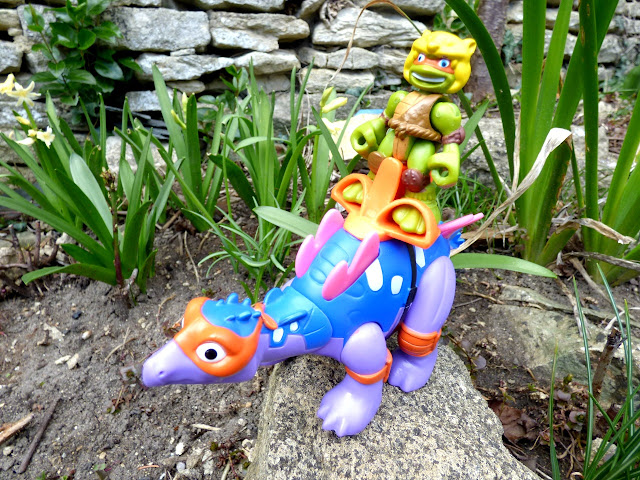 TNMT fans are eagerly anticipating a second movie release on 30 May 2016. Get in the spirit with the latest new movie based figures - ranging from the four brothers to Splinter, Shredder and Casey Jones. They are sculpted in a new style true to the characters of the film.
Start collecting 11 figures now -  my son calls them goodies and baddies. I can just envisage trips with my son to the toy shops ahead, now that the Easter holidays are starting very soon. 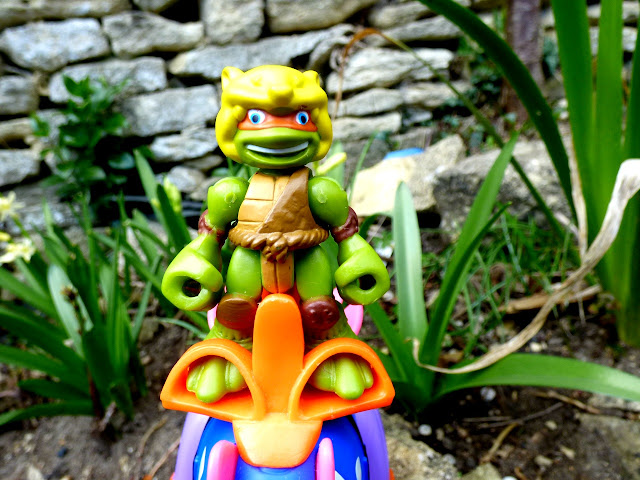 Disclosure: we received two toy sets from the range for the purposes of testing and reviewing. All opinions are Eddie's and mine. 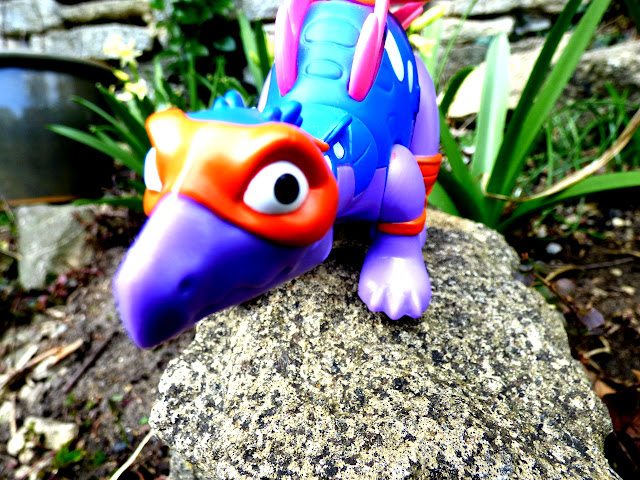