Last Sunday was my birthday, and to celebrate, we all went out for lunch at Huffkins. This cafe is best known for its tea, soups and sandwiches (don't order a coffee though). The boys were happy with their fish fingers, chips, French fries and carrot cake. I fancied an afternoon tea which includes quaint sadwiches, scones with clotted cream and jam and a lovely pot of tea. The tea is a proper brew from loose tea, not a teabag variety. My husband also ordered a small bottle of rose cava, which was just enough for two glasses. 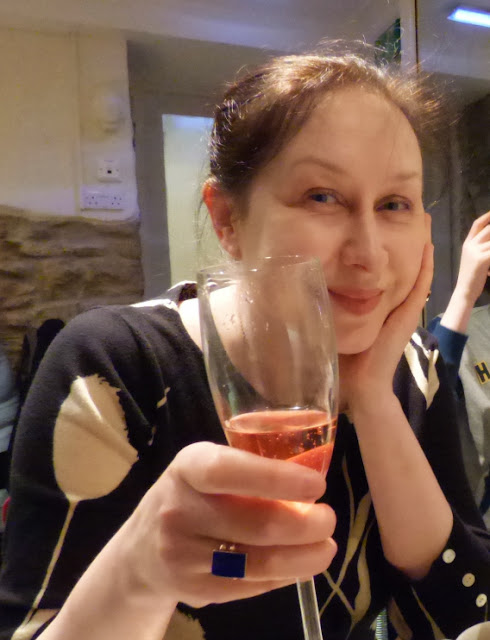 Eddie and I enjoy watching the clouds and trying to guess what they look like. This one was definitely a dragon, don't you think? 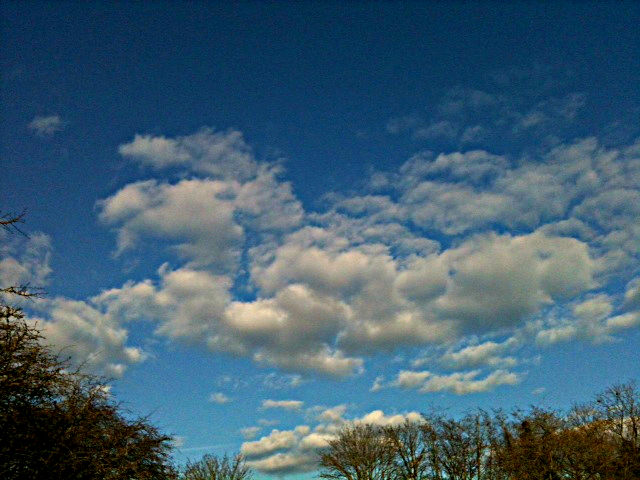 For the last couple of Tuesdays Eddie has been working on an embroidery project. I have been reading with the other children at school, while Eddie was tutored by another volunteer lady. As he hasn't actually done any embroidery before, I was pretty impressed with his result. This is what he did as a Mother's day gift. 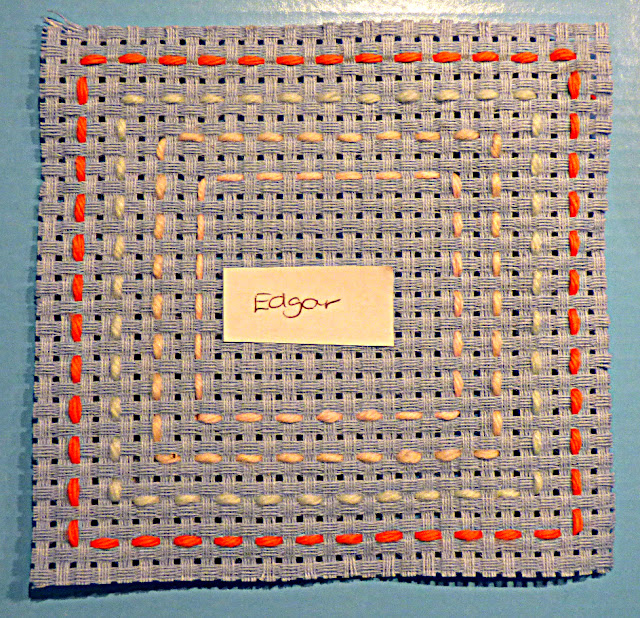 The weather this year has been complete bonkers. Now magnolia by the river has started to bloom, and yet yesterday and today we had wet snow. The magnolia tree is quite far from where I stood on the bridge, so that's the best close-up I can do with my camera. 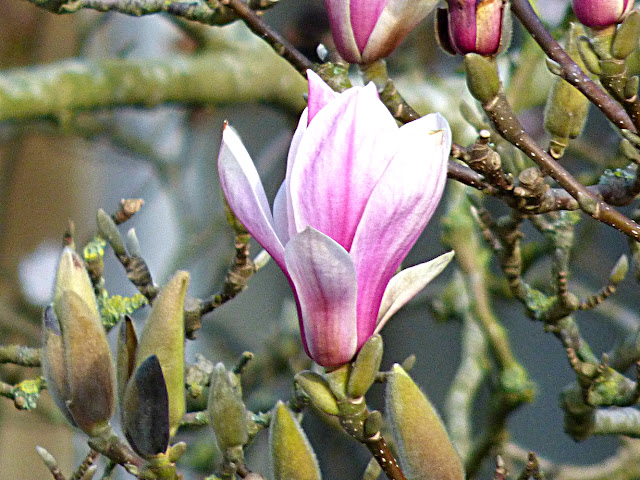 Last year when Eddie and I went to the "Lego church", one of the matrons there asked him what his name was. On hearing that he was called Edgar, she seemed to be taken aback, saying something that it was an old-fashioned name. It might be an old-fashioned name, but it's a family name, and also a good old Anglo-Saxon name that people here can actually pronounce (unlike our older son's name Alessandro, for some reason the Brits seem to be unable to pronounce it). Anyway, while browsing in a charity shop on Thursday, I came across a book by John Buchan, and as you can see it once belonged to an Edgar. I didn't buy the book, but maybe I will next time I pop in there. Made me wonder who that Edgar used to be and where he lived. 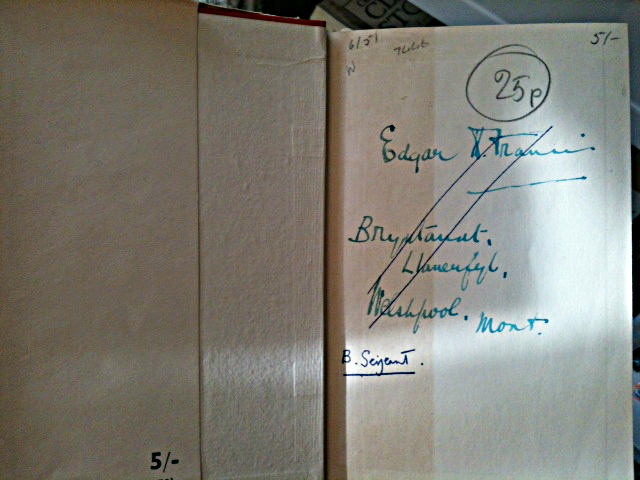 Our school has chosen a Monsters theme for World Book Day (don't ask!). Eddie has refused to go as a Gruffalo, as apparently this is for young children (that would have been easy, as Sainsbury's had lots of the Gruffalo outfits). He didn't want to go as an alien with underpants, Frankenstein or Dracula, and I was running out of ideas, when one of the school Mums offered a black robe with a hood. As it happened, Eddie loved it and claimed to be a wicked wizard from Goosebumps. 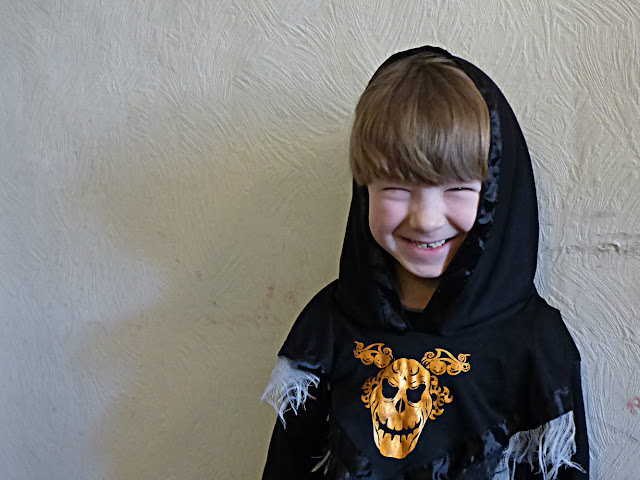 Today while walking home after grocery shopping in town, we were lucky to see this pretty rainbow. I grabbed my mobile, clicked, then asked my husband if I can use his iphone as it has a better camera. By the time I took a few shots on his iphone, the rainbow was getting paler and paler and disappeared. It also started to rain. This spot looks so rural, yet it is very near the town centre, by the river. Thankfully, this is an area of flood fields, and blimming contractors don't get permission to build here. Yet they try and try. It's an amazing place, with a bird chorus and lots of berries in summer and autumn. 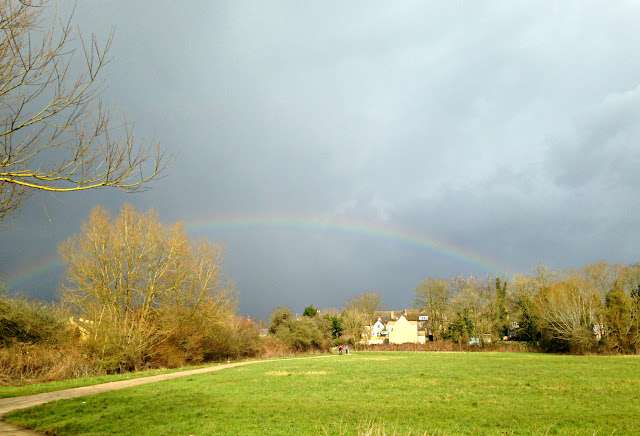