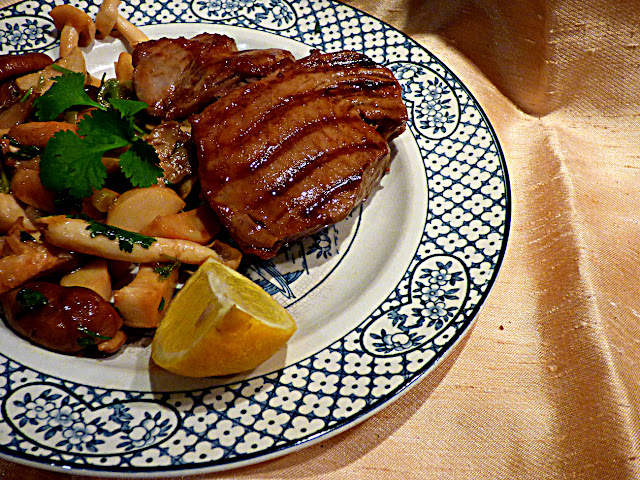 I often wonder where are those super bargains at the closing time people always gush about? Granted I never visit supermarkets late in the evening, but I do happen to pop into our local Waitrose half an hour before closing time at 4pm on Sunday. Apart from an occasional bargain of fresh bread reduced to pennies, there is not much there to report. Deli is rather miserly when it comes to reducing the prices: a knuckle at almost £3 is hardly a deal of the day. I think the best you can expect is a tub of curd cheese at about half a pound.
I'm also quite annoyed when they reduce some fruit going soggy for mere 20-30p and think they're doing you a great favour.
The fish counter is also rather cheeky. They would put the fish in plastic bags without a price tag on it, and if you ask, they still say the full price. However, I did manage to get a couple of thick tuna steaks last Sunday at about two quid each. Again, not the bargain of the century. I must be visiting the wrong shops and at the wrong time.
Tuna steaks with mixed exotic mushrooms, that's what I cooked for my husband and myself (our boys are fussy eaters, Sasha would only eat tuna pate sandwiches, Eddie likes either fish fingers or fish in batter as in fish and chips). 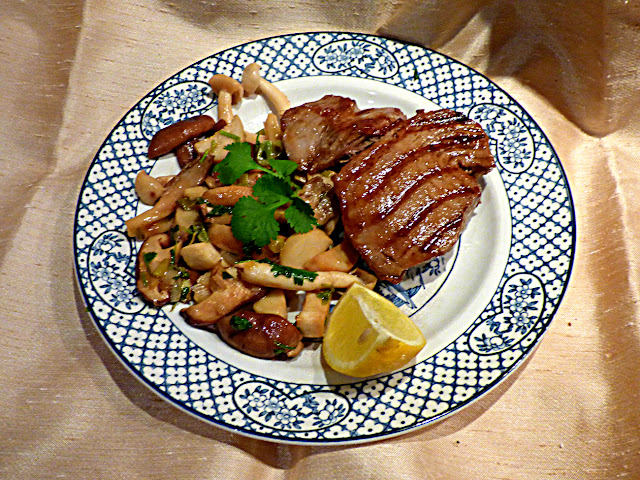 There is no recipe as such, it was just a quick easy meal. I grilled marinated tuna steaks on a grill pan with a bit of olive oil.
First I marinated tuna steaks for an hour in a delicious Jack Daniel's Tennessee Honey Barbecue Glaze which is the latest addition to a super range of BBQ sauces and glazes. It is made with an authentic Jack Daniel's Tennessee Honey Liquer as well as soy sauce, concentrated pineapple juice, cider vinegar, honey, molasses, garlic puree, onion juice etc. It has a sweet and sour aroma and a strong taste. A lovely addition to any well-stocked pantry. 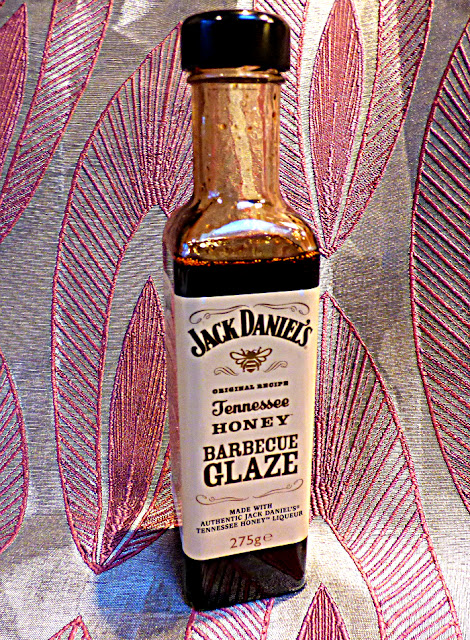 Grill the steaks on a hot grill pan for about 3 minutes each side and serve with pan fried mixed mushrooms. I cooked the mushrooms with 2tbsp of olive oil, a good squeeze of lemon juice, a crushed clove of garlic and a dash of soy sauce. These mushrooms make a lovely side dish to meaty tuna steaks. 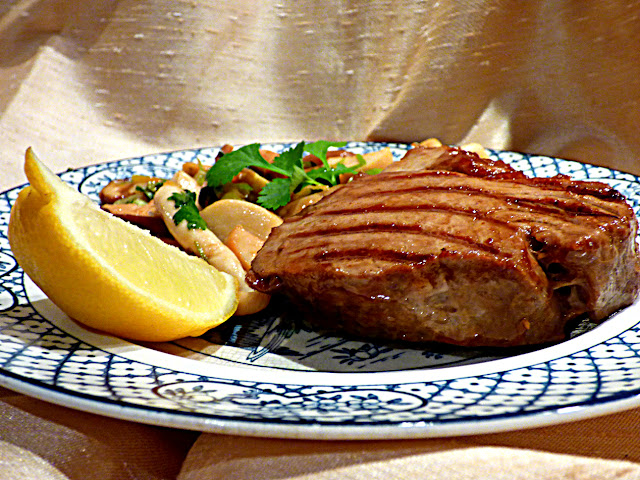 I have also used this glaze for a roast chicken and it worked a treat. Just yesterday I cooked veal steaks marinated with the glaze mixed with a crushed garlic, honey & lemon juice, and it was a delicious dinner.

Disclosure: I received Jack Daniel's BBQ glaze for the purposes of testing and reviewing. All opinions are mine. 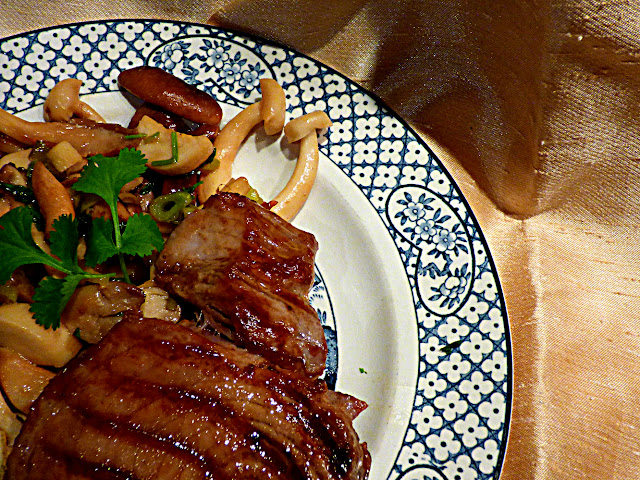