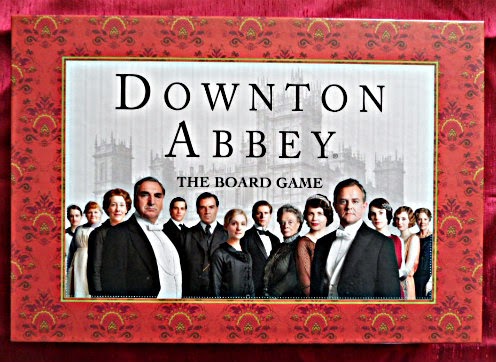 An award-winning board game Destination London is celebrating its 10th anniversary, and Downton Abbey  Destination has been launched in addition to the anniversary edition. It transports players to the glamorous setting of my favourite period drama.

I was just reading the other day how Rachel Lowe, an entrepreneur who created the Destination board game, was turned down by Dragon's Den who slated her - which proves that they are not that smart if they don't see a potential winner.

Back to our board: it includes 1 beautifully illustrated board, 6 playing pieces (plus two spare), 40 Destination cards, 25 Carson cards, 15 letters, a supply of Downton bells plus two dice. 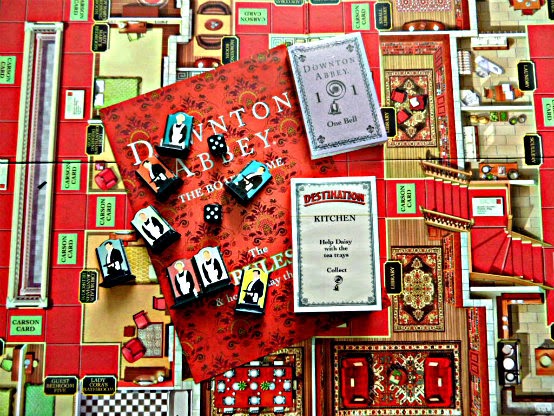 You start from the Servants' Hall, choosing a piece, either a maid or a servant. Pick up 3 Destination cards, but don't show them to the other players.
Some Destination cards are quite hilarious, for example "The Earl is going hunting, collect his boots","Iron the morning papers", "Mr Carson would like to see you" and more. 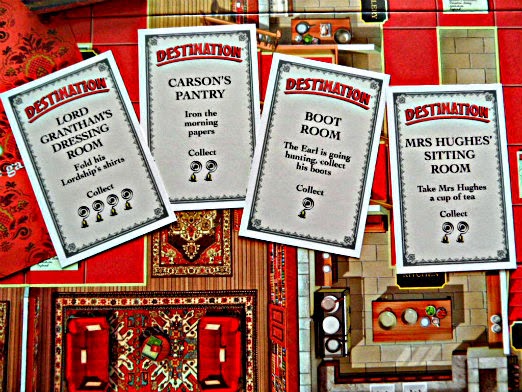 Players must complete a number of tasks and navigate their way around the corridors and stairs of the Abbey. The dice determines how many moves you can make. 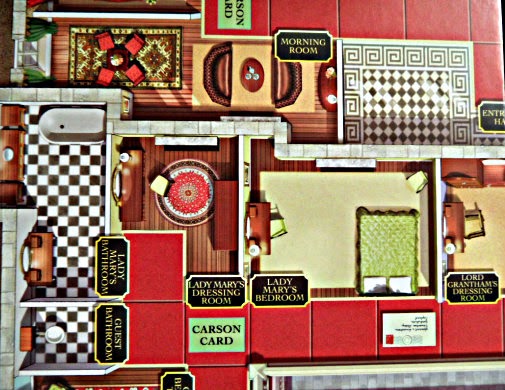 Once you reached your Destination, you are rewarded with Downton bells.
Once all the Destination cards have gone from the pile, you must make your way back to the Servants' Hall. The player with the most Downton Bells wins. 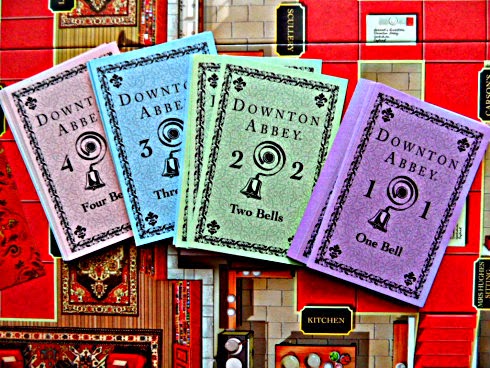 The board itself is a real beauty. If you ever wanted to look at the plan of rooms of Downton Abbey, you can explore to your heart's content. This large foldable board is sturdy, and should last long.
My only regret - there is no Mr Carson's figure in the game, now he might not be needed for the actual game, but it would be fun to have him. 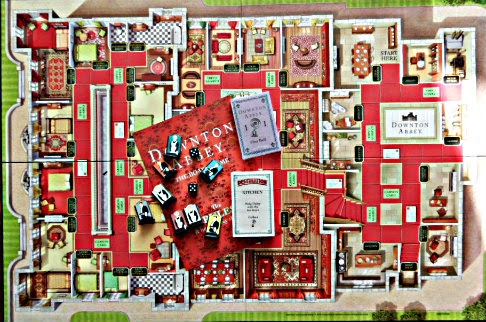 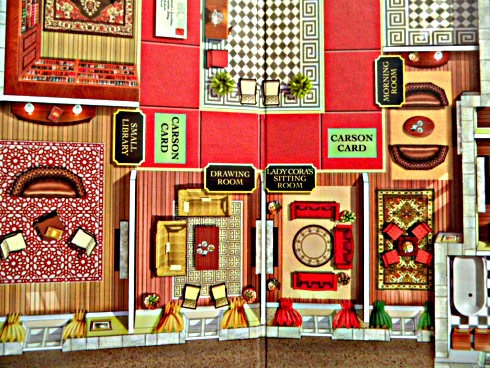 Disclosure: I received Downton Abbey Destination for the purposes of reviewing. All opinions are mine.
Posted by Galina Varese at 12:46:00