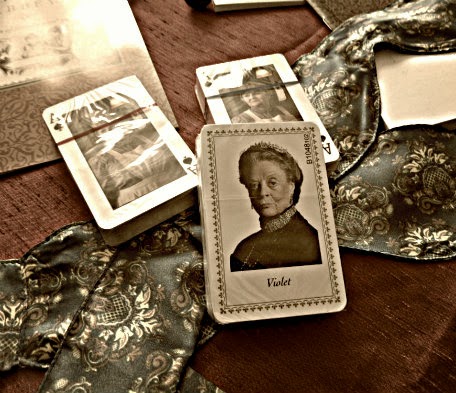 I am a huge fan of Downton Abbey, I love everything about it, from fabulous sets to amazing outfits, from witty remarks by Dowager Countess to convoluted plots. It is a pure pleasure and an escapism for me. I am such a fan, that I even bought a Lady Mary's hat recently (but that's another story). Imagine my - squeak with pleasure - delight, when I discovered there is a Downton Abbey Compendium of parlour and card games. 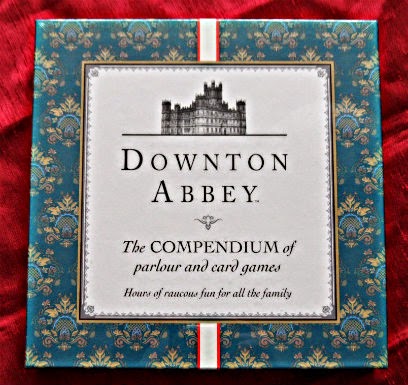 The  Compendium comes in a gorgeous sturdy box with a promise of "hours of raucous fun for all the family".
It contains:
2 packs of playing cards
1 pack of Downton Abbey snap cards
1 book of parlour games
1 book of traditional games
2 note pads
1 pad of sticky notelets
4 pencils
1 egg timer
2 blindfolds (wait, this is all quite innocent rather than naughty!) 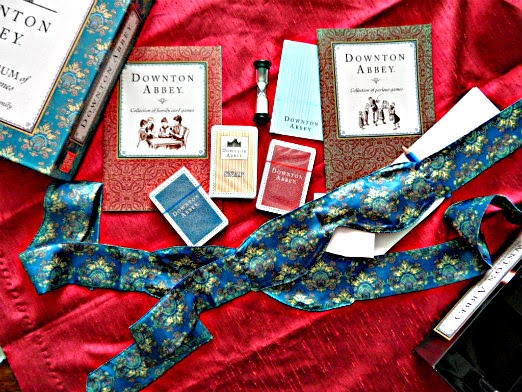 Downton Abbey snap cards include all the major characters (some of whom were already killed off by Julian Fellows. Mr Fellows, I will never-ever forgive you for ruining Christmas 2012 for me - and for millions of fans - by killing off Matthew). 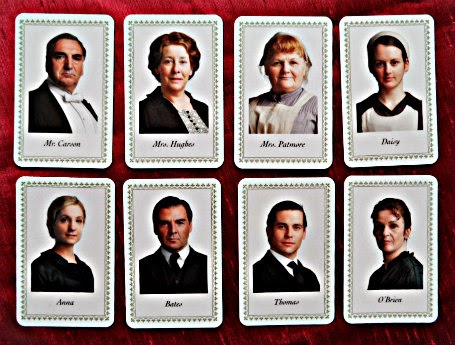 An introduction to family card games tells that card games have been around for about 1200 years, originating in China in the 9th C. They later have taken over the world, and in the Victorian era the playing cards became a mainstay of family entertainment.
The booklet describes the rules and objectives to such games as Whist, Cheat, Rummy, Poker and many others. 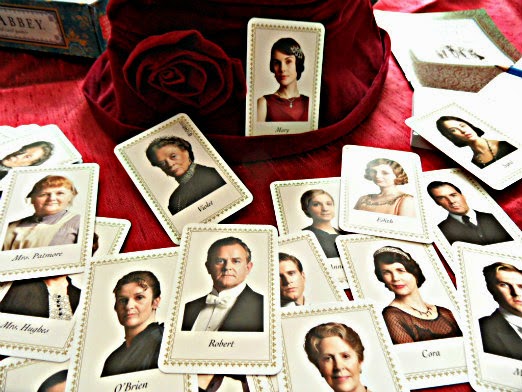 Collection of parlour games booklet will teach you how to play Blind Man's Buff, Wink Murder, Charades, Forfeits, Pass the Slipper and many more games. An introduction mentions the little trivia for Downton Abbey fans - apparently "the cast of Downton Abbey enjoy nothing more than a game of Wink Murder while they are waiting to make their appearance on the set..."
I confess I haven't heard of Wink Murder, and enjoyed reading about it. 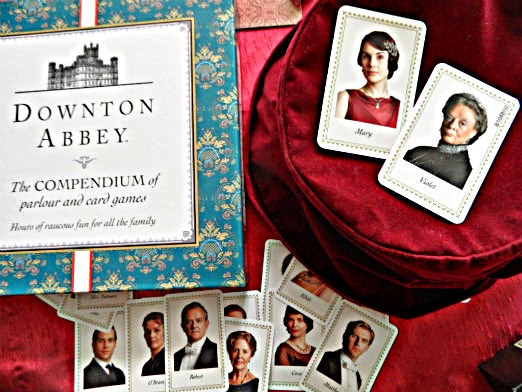 We haven't yet tried playing any games from The Compendium, but the winter season with its long dark evenings is a perfect time for a family get-together and a game or two or three. My boys will have fun playing Pass the Slipper or Who or What am I?

Does you family love playing parlour and card games? This set might be a Christmas gift for the whole family.

Disclosure: I received The Compendium for the purposes of reviewing. All opinions are mine.