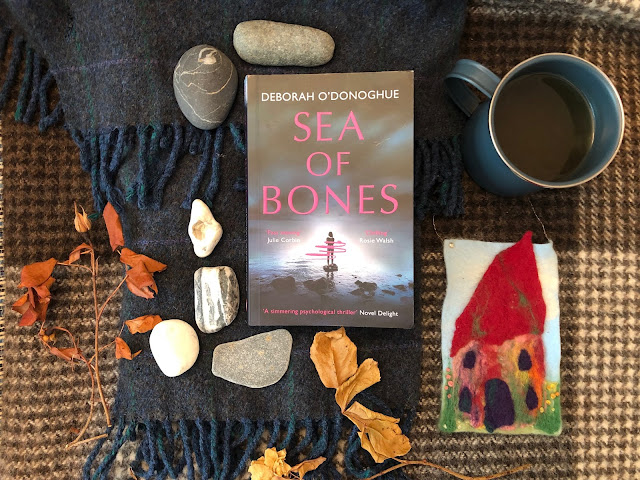 "She collects a large flat stone, which she weighs in her hand. She crouches and gathers another and another, arranging them carefully. She imagines Beth doing the same, out on Kelspie. Clever. Leaving her trace, like a needle in the air".

Sea of Bones by Deborah O'Donoghue is a tightly-plotted thriller set in Scotland. This is not a cosy mystery, it's a fast moving chilling novel, hard-core and world-weary.

Juliet MacGillivray is an influential person in The Progressive Alliance, the party which brought the left together, tapping into a wider electorate. She is not interested in the power for herself, but is known as the Queenmaker in the party.
The party leader, Fiona Goldman, whom she helped propel to the top position is exposed in the media as having an affair with a married editor of one of the newspapers. This costs the alliance dearly in the elections three months later.
Juliet is in a dumb daze, following the catastrophic results.

Juliet is also haunted by a tragedy in the family. Her niece Beth has drowned in the sea. Juliet's trying her best to come to terms with the verdict of suicide. In their regular phone calls and messages, Juliet had noticed none of Beth's supposed isolation or strange behaviour.
Juliet is convinced she would have spotted some telling signs, as her twin sister Erica has had mental health problems for many years.
"As the twin of a sufferer, she thought she'd made peace a long time ago with her own supposed risk of being bipolar, but Beth's death has brought it right back to the surface".

Police have closed the case, after finding a supposed suicide note and shoes on the beach.

Juliet's partner Declan has his own secrets and regrets. He is a talented freelance photographer, who is still waiting for his big break, rather than doing wedding photo shoots and being known as the Poodle photographer.

Juliet leaves London for the solitude of a summerhouse in the northeast Scotland, where she spent her childhood and where Beth lived before her death. Beth studied Fine Art Textiles in an art school in the town nearby. Her textile designs showed a great potential.

Juliet begins asking uncomfortable questions, which raise hackles in those who knew Beth intimately before her death, including her much older DJ boyfriend, and his coterie. Her meddling is also not appreciated in the wider circles. Deemed to be too dangerous, she is "discouraged" to ask more questions.
Her partner Declan becomes involved in the search for truth, and it begins to snowball from there, ruining lives and wreaking havoc.

What appears at first as a very private tragedy turns out to be only one thread of yarn.

Descriptions of the coastal nature and the rugged landscape are evocative and convincing. You walk along the path with the main characters, with the salt spray nipping at your cheeks and eyes.

The remote coastal setting is as much a hero of the book, as the main protagonists.

The title of the book refers to the death in the sea, but also to the historical past of the ancient coastline.

"No movement is apparent through the branches. No glancing sunlight on water. Its rasping murmur, however, is pervasive. Sea of bones her father used to say, fascinated by the discoveries of Mesolithic remains - flint tools, traps, roe deer fragments, human burials - rising to the surface around the coast. Under the sands somewhere, is the old fishing village of Culbin, finally buried in a storm centuries ago..."

Tense and punchy, this thriller is packed with a menacing atmosphere and disturbing twists. Scenes of child prostitution are hard to read, but sadly the fiction reflects the real life. Just a few days ago there was yet another report of a billionaire charged with sex trafficking. He was accused of transporting dozens of underage girls to his private jet and abusing them in his affluent properties. And the disquieting truth is that many know about it, but these conspiracies "could not have functioned without many others playing their part".

This blog review is part of the blog tour for the book, please check out the other blog stops here: 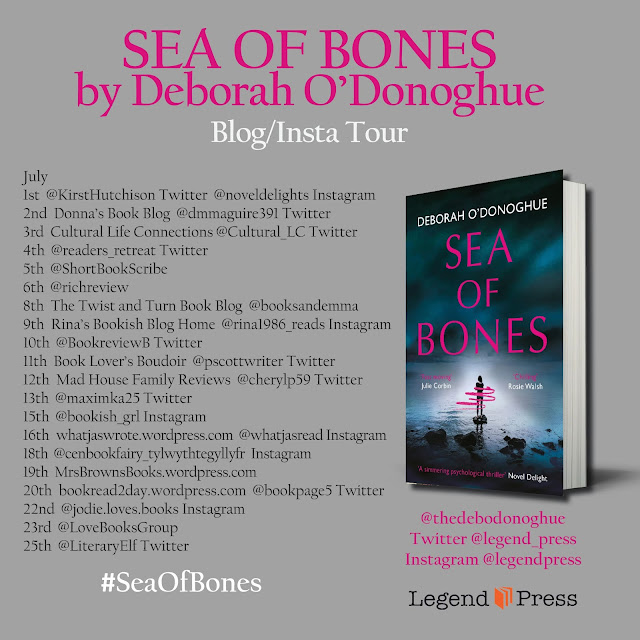 Many thanks to Deborah O'Donoghue and Legend Press for my copy of the book! 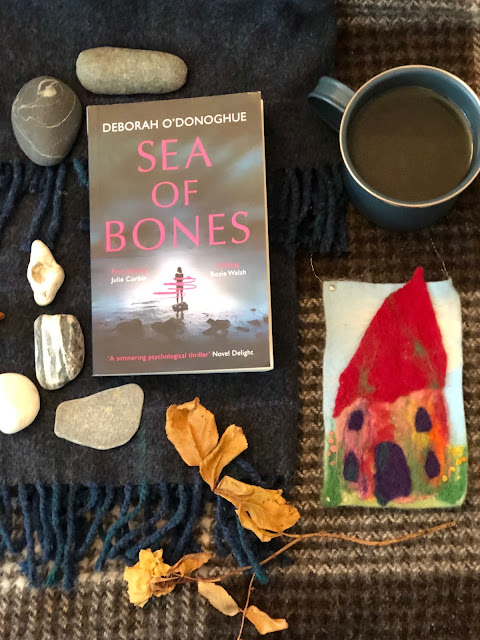