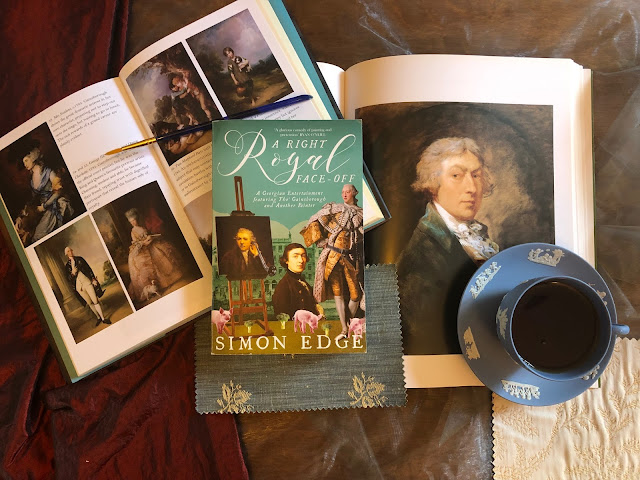 A Right Royal Face-Off: A Georgian Entertainment featuring Thomas Gainsborough and Another Painter by Simon Edge is a richly entertaining account of Gainsborough's life and his rivalry with Sir Joshua Reynolds.

This beautiful novel is written with a light touch and sharp, quirky style, reminiscent of Henry Fielding.

We see Gainsborough at his most vulnerable period, when his previous quarrel with the Royal Academy four years earlier means that he hasn't exhibited his work at the Academy in these past few years.
"The sense of being excluded, of a great snub, grew and grew. The following spring he wrote to the committee to say that he would not be sending anything for exhibition that year.
It was a bold statement of rebellion, making him all the more the outsider and, for the ensuing three years, his great sulk had persisted".

For all his sulks and diva-esque outbursts, Gainsborough is a loveable character.

The narrative is split between Tom's inner thoughts on the art world, his sitters and family, and his servant David's letters home, to his illiterate mother and brothers.

David's letters are a delight. They are truly funny, especially when you know that he is not trying to be funny. His sage observations of the eccentric artist and his household are pure comedy gold. He is very fond of the family, and his criticism is mild, respectful (most of the time) and affectionate, and his account of the social norms, fallacies and delusions is amusing and light-hearted.

He portrays Gainsborough  as "a great gentleman... much given to carousing, but he has a worthy Christian soul too, and although he is quick to temper, he is right afeared of my mistress, as we all are".
Mrs Gainsborough is a bit of a termagant, though she clearly has good reasons to be concerned about her two grown-up daughters, Molly and Peggy, one of whom has mental health issues.

Gainsborough often finds it tedious to pander to the tastes of his grand sitters, when he feels obliged to entertain and flatter the nobles and celebs of his times. He'd rather paint landscapes, animals and rural scenes, but the portrait commissions keep his family in style and afford him a financial freedom.
"There is no shortage of eminent - and sometimes scandalous - personages willing to visit his studio at the back of the house at Pall-mall and sit while he captured their likeness in pigment and oil". 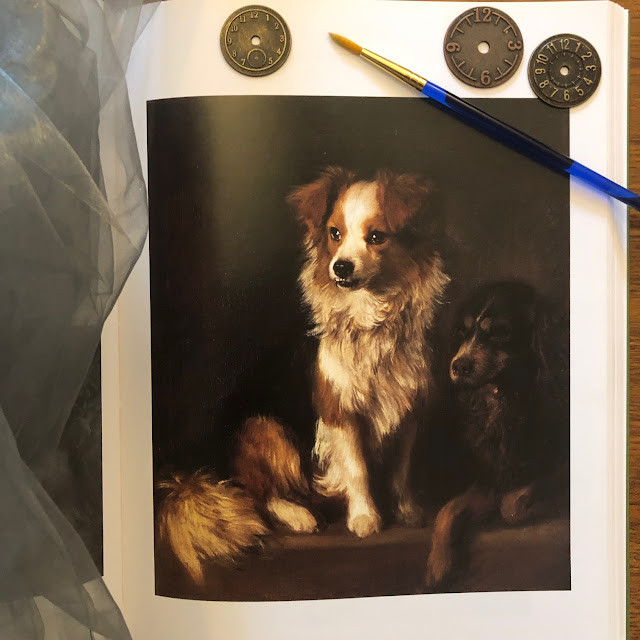 Sir Joshua Reynolds is widely acknowledged as the first greatest portrait artist, and being the second best irks Gainsborough immensely.
When a position for a court painter becomes vacant, who will be invited to occupy the much-coveted job?

The narrative moves from 1777 to the present time, when two and a half centuries later, a badly damaged portrait turns up on a downmarket TV show called Britain's Got Treasures, which is a cross between Antiques on the Road with The X-Factor or Britain's Got Talent.
"The show had one other talent-show trick up its sleeve: public humiliation... the anti-treasure, a piece of such obvious junk that the very act of bringing it in was laughable."

Gemma works on the show in a less important capacity. Her role is to do a "triage", i.e. assess who might have genuine treasures and who should go through as the candidate for the Grot Slot.
The show crew and presenters are rather caricature-ish.
Simon Edge is less kind to his contemporaries, portraying them as frauds who deserve to be mocked.

Some of the scenes will make you chuckle. When Gainsborough smuggles three little piglets in his house to use them as sitters, a pandemonium ensues.
In one of his letters home, David describes the scene in great detail:
"In front of her [a peasant girl], my master had begun to sketch the outline of the three pigs, gathered around a big basin of milk. Two of them were drinking nicely from it, with the third one waiting his turn at the back, as polite and patient as you like. If he had asked my opinion, I would have told him... that no pig ever held back when there was food on offer. I also never saw any of Old Ben's pigs eating from earthenware as was fit for the dinner table, but it was not my place to say so. I do not imagine that any of the folk who see the painting when it hangs at the Royal Academy will know any better, neither, so it makes no odds whether the scene is life like or not".

As you can imagine, three boisterous piglets do not make good sitters, unlike the members of the Royal family who sit for the artist patiently for hours. 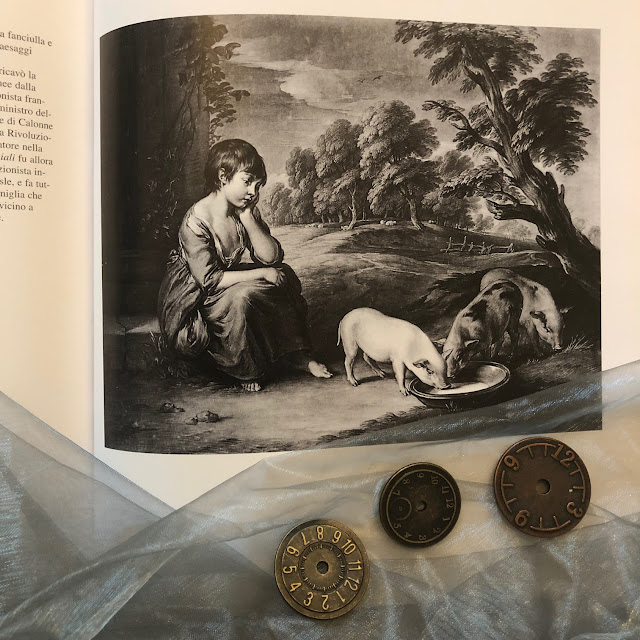 Edge is adept at creating a whole cornucopia of characters. His portrayal of the artistic genius and ego is quite outstanding.
I enjoyed both the historical and modern settings, but it was Gainsborough's life that is a genuine triumph of storytelling.

Many thanks to Simon Edge, Lightning Books and Rachel's Random Resources for my copy of the book! 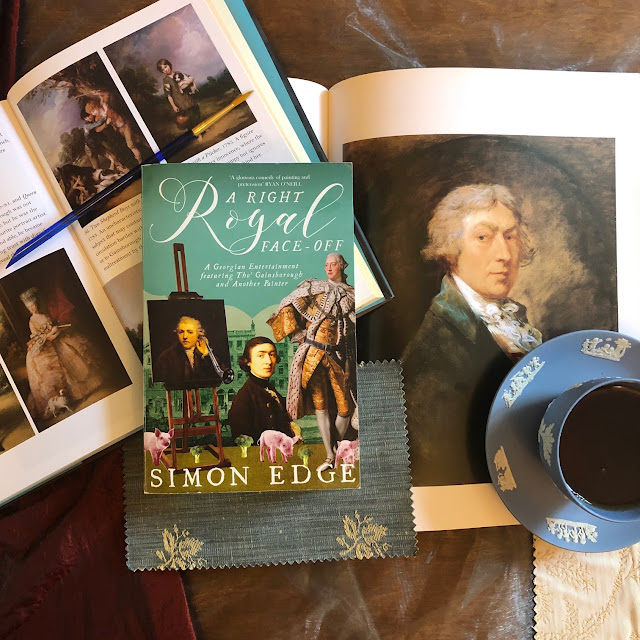