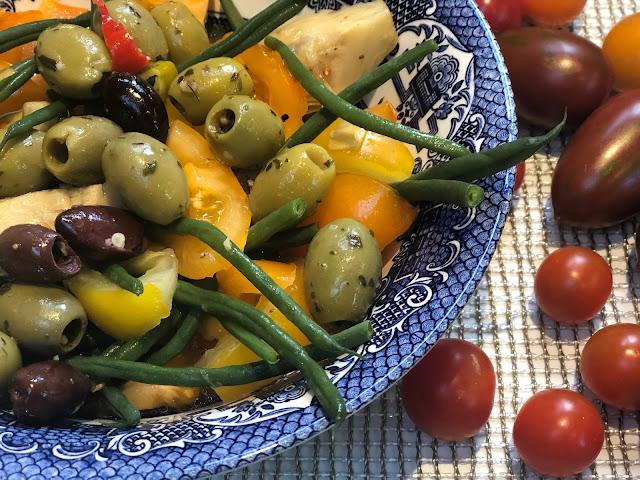 A while ago I've been reading one of the threads on Mumsnet where the poster was asking why you could never find tomatoes as good as she had in Greece in this country. I was rather flummoxed.
Who said there are no good tomatoes anywhere else but in Greece?

I prefer to buy British tomatoes, for example, grown at the Isle of Wight.
And I also grow my own tomatoes, and have been for about 10 years. The tomatoes from our greenhouse are the sweetest little things.
Both my grandmas and auntie grew a lot of vegetables including tomatoes in their gardens in Russia. Italian produce could be excellent. So, excuse me, I'm not rubbishing the Greek tomatoes, but you need to be more broad-reaching.
Of course, if you tend to buy cheap plastic-looking tomatoes, then yes, they don't taste good.

Tomatoes are one of my top favourite fruit, they are versatile and could liven up any salad or pasta dish.
Right now, you can buy beautiful heirloom tomatoes of all shapes and colours. 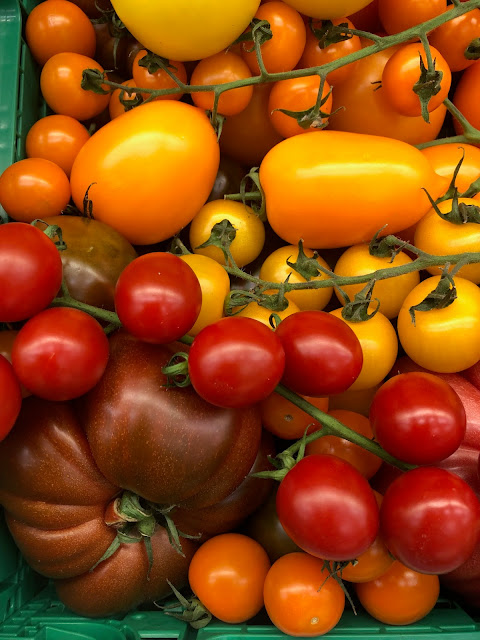 In summer I tend to make simple salads for dinner, adding whatever I have in the pantry or fridge, so they often vary. Tomatoes go well with many kinds of dressing - a simple vinaigrette, or basil-based dressing.
The easiest salad I enjoy is a mix of tomatoes and cucumber with soured cream and mayo combination, well seasoned, and with a sprinkling of fresh herbs.

The latest Degustabox food box included a bottle of Newman's Own Italian Dressing. I rarely buy salad dressings, as I prefer to mix my own, or just drizzle a bit of olive oil and balsamic vinegar over the salad.
Newman's Own Italian Dressing is their best-selling original dressing made with red wine vinegar, rapeseed oil, olive oil (17%), extra virgin olive oil (2%) and garlic puree. Its ingredients also include white wine vinegar, salt, cracked black pepper, dried onion, brown mustard seeds, spirit vinegar and celery seeds. You need to shake it well before using. It's suitable for vegetarians and vegans. 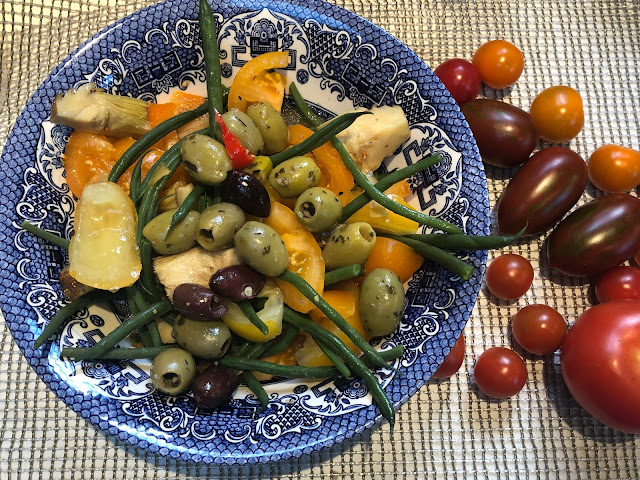 Italian-style two ways
Ingredients (approximate quantities, as I didn't measure anything)
3-4 big good quality tomatoes
a handful of leaf salad
100g or half a pack of green beans, cooked in salted boiling water
a handful of olives
a few forkfuls of artichoke hearts (pre-cooked)
a dressing of your choice
+
half a tin of tuna chunks
or goat's cheese (vegetarian, e.g. Capricorn)

Slice tomatoes, and season with salt. I remember reading that the tomatoes acquire better flavour if you season them in advance and leave in a bowl for about 15-20 minutes before adding the remaining ingredients. Not sure whose advice it was, but it was one of famous chefs.

Add a dressing of your choice, for example, Newman's Own Italian Dressing, which adds a lovely acidic note.

This is the vegetarian version with goat's cheese. 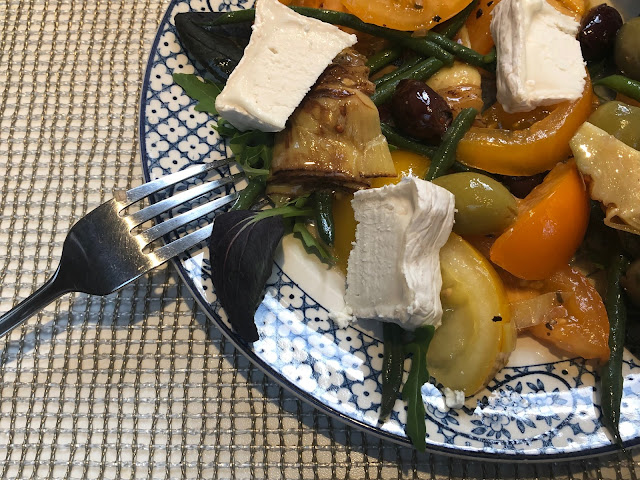 And this is a tuna salad, with the same base, and minus cheese. 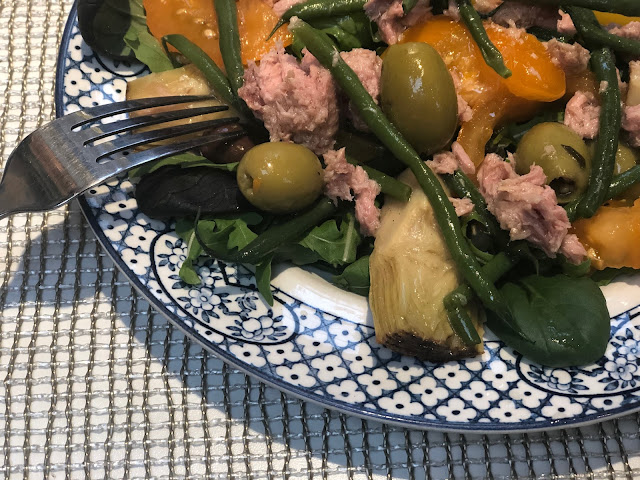