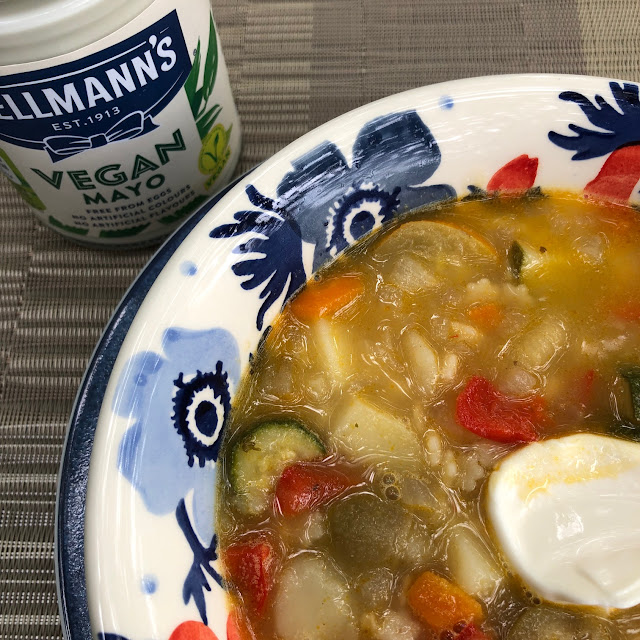 Having grown up in Russia, I have eaten a fair amount of soup. In the days of my childhood, the soup was a staple first course, which people would eat daily. I think the Russian grandmas' mantra was that you had to have "hot food" (or you won't grow up).
I actually do love soups, from stodgy winter ones, to light summer ones.
And though these days I don't eat them every day, I cook soups often enough.

This is a variation of an Italian pasta and vegetable soup. There are as many recipes, as there are Italian nonnas, who, of course, know the best recipe, and use the "secret" ingredient.
My mother-in-law cooked a soup like that for my boys, when they were little, using the alphabet pasta shapes to keep them entertained. Star shaped pasta or mini shells are great in soups. 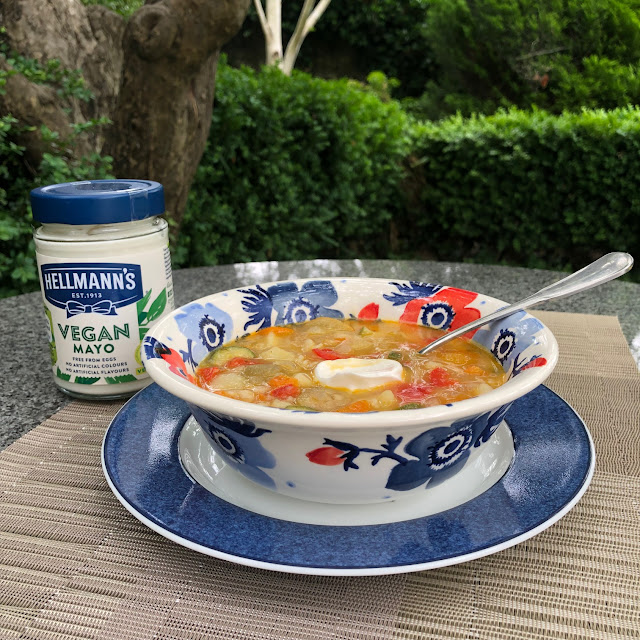 Peel and chop the carrot, and fry it in the olive oil, with the finely chopped half onion for about 5-6 minutes stirring frequently. Add a crushed clove of garlic and fry for another minute.
In a medium sized pan add a cubed potato, chopped courgette, halved tomatoes, sliced (deseeded) sweet pepper and a stock cube, add enough water to cover the vegetables, bring to the boil, then lower the heat and simmer. Add 1tbsp of Hellmann's vegan mayonnaise to the soup, as well as fried carrots with onion and garlic, and halved olives.
Cook for about 10+ minutes, then add the pasta shapes. They cook very quickly, it takes a couple of minutes.
Serve hot, with a spoonful of mayo in each plate.

Adding mayonnaise or soured cream to the soup is one of my Russian habits. I plop either of the two to most soups. A thick Greek yogurt is also a good choice.

There are no fresh herbs added to the soup in the photos, I realised that after I looked at the photos. 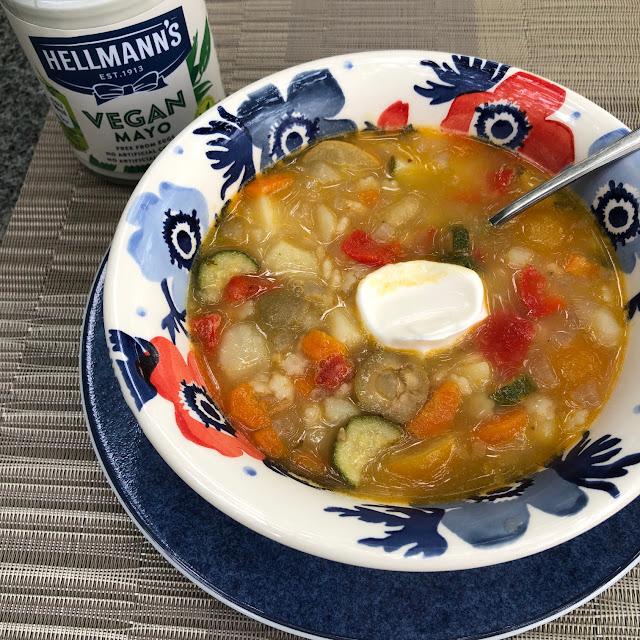 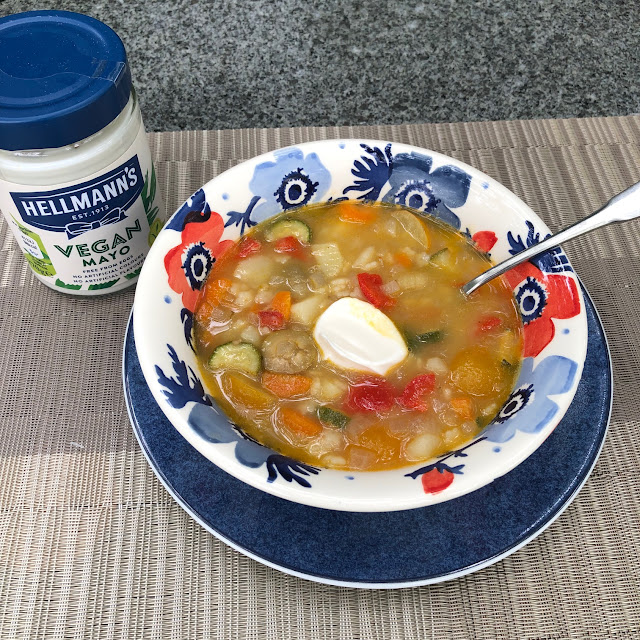