A Summer to Remember by Sue Moorcroft 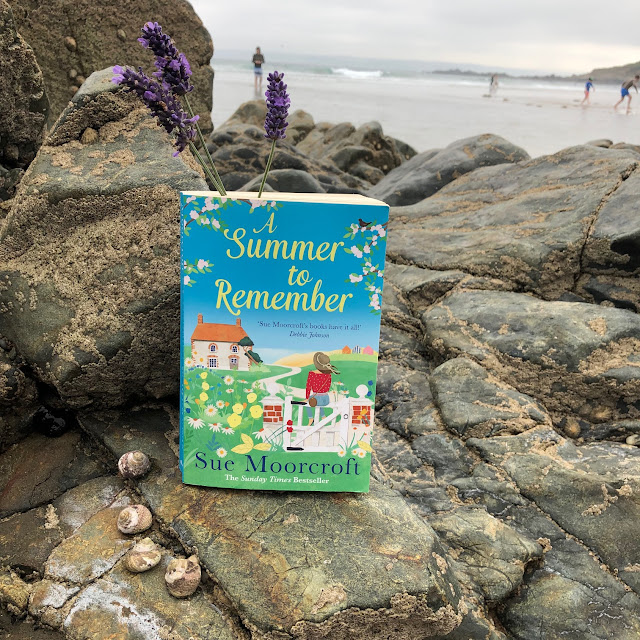 "Clancy climbed from the car and stretched. The salt-scented breeze filled her lungs so easily that it was as if a giant rubber band had dropped from around her chest."

That's exactly how I feel by the sea, recharged and unrestrained. I never get tired looking at the sea, alas, we live in Oxfordshire - and though it counts many wonderful attractions, the sea is not one of them.

Clancy Moss, the heroine of A Summer to Remember by Sue Moorcroft, doesn't realise at first just how lucky she is to have a chance to live by the sea.

Clancy is left heartbroken, after a humiliating break-up with her cheating boyfriend. To add an insult to the injury, she loses her job in London as well. Her treacherous colleagues/friends take her ex's side and would rather keep him as an employee of the company than Clancy.

She snatches the chance to get a caretaker's job with the accommodation at the Roundhouse.
Nelson's Bar is a far cry from London. It's a quaint little village on the Norfolk coast, with no Wi-Fi, no signal, and seemingly not many problems.

However, the real life brings its own issues and challenges, no matter where you live. The scumbag boyfriend makes more shocking reveals on the social media, the lazybones cousin makes the most irresponsible decisions, and the local villagers take umbrage at Clancy's arrival to Nelson's Bar, because they hate her cousin.

Actually, they have a very good reason to. Six years earlier Clancy's favourite cousin Alice was supposed to marry Lee, but dumps him at the altar, running away without an explanation or an ounce of shame.

It's difficult to understand just why Alice is Clancy's favourite cousin. She is an incredibly selfish, high-maintenance diva, who has no consideration for anyone else's feelings. There is not a single redeeming feature about her. She's the kind of character you love to hate.

Clancy is the complete opposite. Brough up self-reliant (her parents travel around the world, doing good deeds - they sound quite neglectful and not very caring), she is kind, practical, selfless, thoughtful and generous.

Clancy is not looking for a new relationship, she is still licking her wounds from being jilted in the most spectacular fashion. But there is Aaron, Lee's brother - an eye candy - who she has very fond memories of kissing those six years ago, before the disaster of the wedding which never happened.

Aaron has been looking after his brother, who was left quite fragile after his fiancée has so cruelly abandoned him at the alter. Lee is rather spiritless and weak, he is in a limbo, supposedly moving on and having a child, but still pining after the past, and not seeing how it affects his close family.

There is a plethora of secondary characters, which are drawn effortlessly and convincingly, from an elderly couple Ernie and Dilys, who live in separate cottages but love each other, to a slobbery endearing dog Nelson, from young Rory and Harry who try to find their way in an insular, conventional society, to scheming Genevieve (Aaron's girlfriend).

It's an uplifting tale of a life-changing summer, with plenty of light-hearted notes as well as drama, and a delightful romance. A perfect diversion for a holiday afternoon.

The evocative Norfolk setting brought back many happy memories of a summer many years ago, when we were newly married and stayed at the friends' cottage in one of the Norfolk villages.
I just had to find an old photo album and look at the photos, of when I was young, carefree and so much in love. 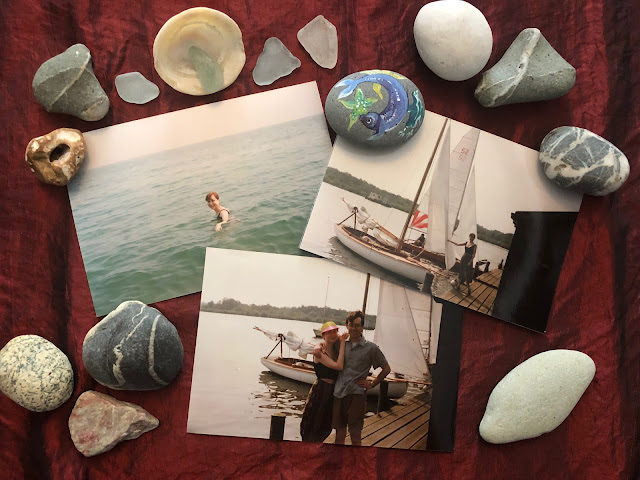 I took this book with me on a holiday to Cornwall, and left it in the cottage for the other visitors to enjoy. There is a shelf in the cottage, where we stay, with paperbacks of all kinds of genres and topics.
I read it in the garden, sipping tea and eating scones with cherry jam, and also on the beach, listening to the sound of the sea. That was the perfect setting for a feel-good summer read. 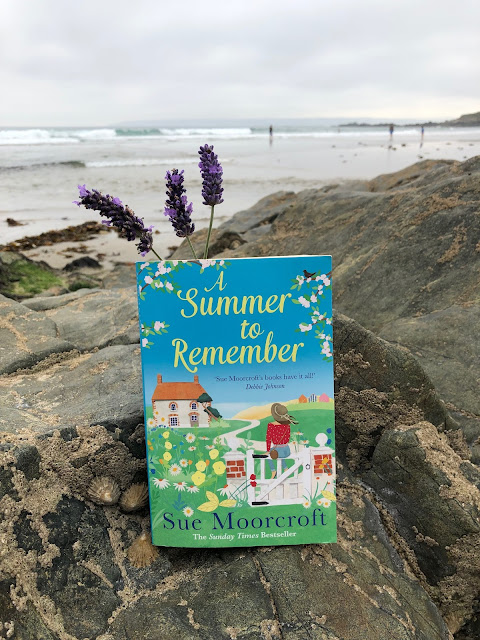