January is the time of new beginnings for many, while we seem to be doing the same things we did last year, including the daily snaps for Project 365.

The first photos of the year were selfies Eddie and I did just after midnight. He insisted on staying up and watching the fireworks in London on TV. His father was away in Italy, Sash went to bed around 10pm. I was also yawning around 10pm, trying to persuade Eddie that the TV was too boring and perhaps we should go to sleep as well, but he persisted.
He was channel-hopping, as we couldn't find anything that was not total drivel.
I called my brother on Skype at 7pm - when they were celebrating the new year (it's 5 hours' difference) - and listened to the chimes of the Kremlin clock welcoming the new year. Once the chimes stop beating, there is usually a Russian hymn coming.
Strange how I remember all the words of the Soviet Union hymn which was played on new year's TV in my childhood. They have changed the words to reflect the new Russia, but the music stayed the same. 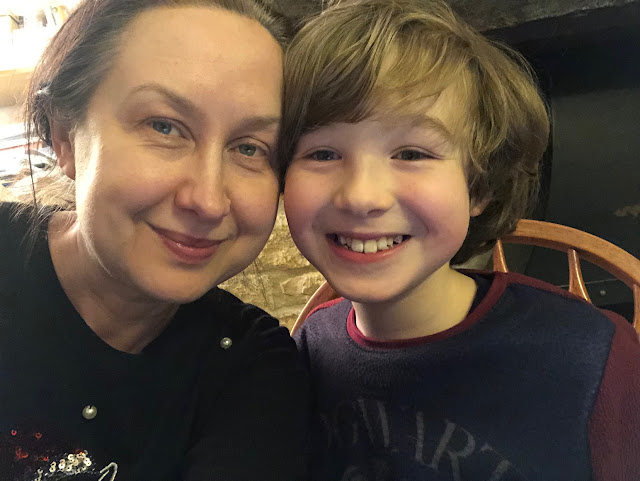 Apologies for more selfies, but I just wanted to show my new pinny. I treated myself to a Harry Potter apron. 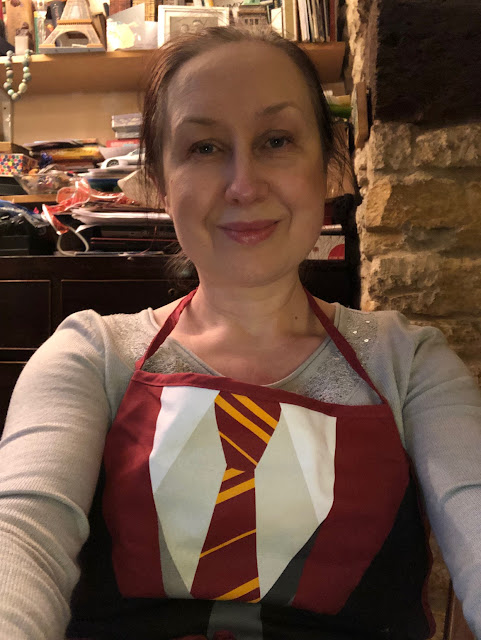 On the 3rd my husband was back home, and we all went out into town. Eddie and I did some grocery shopping and also popped into Costa for a coffee and panini.
Here is Eddie, chillaxing on the sofa (he did take his shoes off). 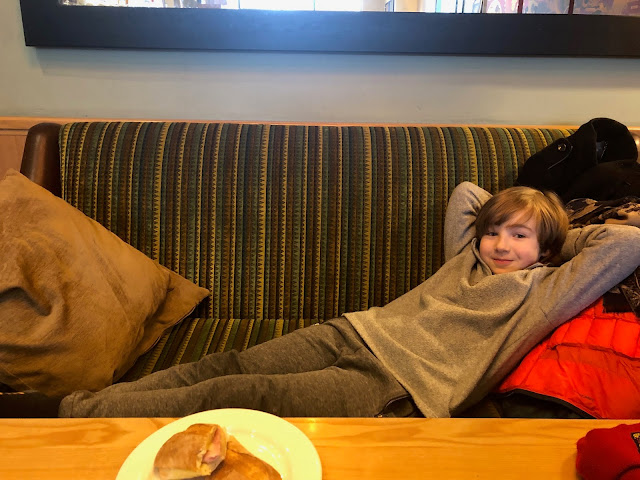 Sasha's recent obsession with the church continues. In the last 3 days he's been going to the church every day. He also shows me images of the churches in all the books we've got at home. We really cannot figure out, what has prompted this interest. He seems to be relaxed there.
This is a photo taken by my husband, but I wanted to include Sash in the first week of the photo diary. 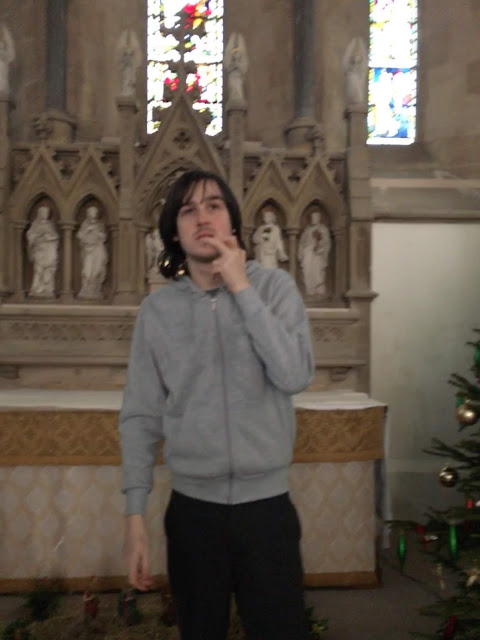 Our local ladies at Waterstone's gave us the Diary of the Wimpy Kid bunting that was on display in the bookshop window for weeks, as they knew how much we loved it. It's now hanging in Eddie's bedroom above his photo portrait and Angry Birds poster. 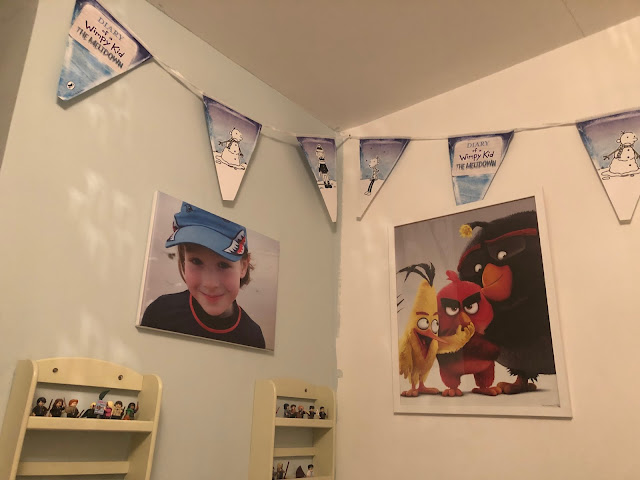