The Secret by Katharine Johnson #Blogtour 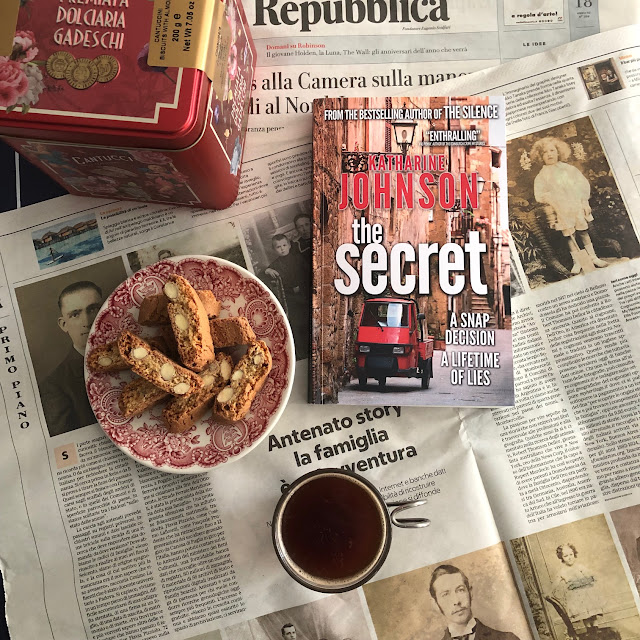 The Secret by Katharine Johnson is an absorbing novel which has managed to capture the particular time and place with great authority and genuineness.

This is a story of two friends, whose lives were damaged by secrets and lies. This is also a story of the country, complicated and intense.

Martina and Elena grow up in Mussolini's Italy.
Martina is a beautiful spirited girl, who marries into a wealthy family. Her new in-laws consider the union of their only surviving son with her a mesalliance.
Irena is a plain but smart girl, who values books and education and wants to become a teacher.

Martina's life at Villa Leonida, the most prestigious house in their Tuscan mountain village, is far from a dream come true. Martina feels stifled and oppressed by her disapproving in-laws. Her only purpose in life seems to be giving birth to a new heir.

There is a whole set of characters introduced as the story unravels. Some are mentioned en passant, some return back to the narrative.

There is a tragic Sonia, whose childhood is blighted by being ostracised as the child of the traitor.
Sonia has a big secret of her own. From the first pages of the book you discover that she finds a baby abandoned in the church, and claims him as her own. She lives in fear that her secret will be revealed, and the child taken away by his parents.

Carlo comes back to his home town to restore the old restaurant. His elderly mother Irena is a bit of a  termagant. Her memory and perception of reality are not what they used to be.

"Some of the stories he'd heard so often that he'd stopped paying proper attention. He'd found himself recounting them to his daughters, and recently his grandchildren, but he'd doubtless embroidered these with a few details of his own so that he was no longer sure he could trust his memory. He was a little ashamed now that he'd not paid more attention".

Carlo's thoughts could resonate with many of us. How often did we only half-listened to our parents and grandparents' stories from the past, trying to cut them short: Yes, yes, I remember that, you've already told it to me many times. But then you forget, and you would love to hear those stories, however, it's too late.

The innocent recording device given to Carlo's elderly mother to tell her stories brings with it a dramatic denouement, like Chekhov's gun on the wall (If in the first act you have hung a gun on the wall, then in the following one it should be fired). It might not be an instrument of murder, but it surely is as lethal, uncovering the tragic deceit and unpalatable truth.

This novel made me think of my own family. My great grandma and grandma lived under the Nazi occupation in the South of Russia. Just like in the book, loyalties were tested, families divided, and the survival depended on so many factors. Some residents managed to accommodate to the new forced regime, some tried to fight the terror and violence.
My Mum is a war child, born in 1944, she remembers playing in the fields outside town after the war, in the deep trenches overgrown with rose bushes (the Germans planned to stay, and planted the rose bushes everywhere).

Katharine Johnson writes with a deep psychological insight. The Secret is an engaging story, that will captivate and engage you to the very last page.

My review is part of the blog tour. To see what the other bloggers thought about the book, you can visit the other stops of the tour. 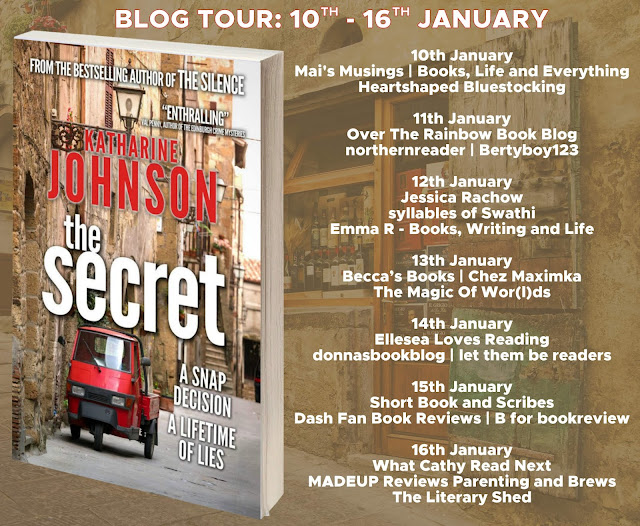 Author Bio:
Katharine Johnson likes writing about ordinary people who through a character flaw or bad decision find themselves in extraordinary situations. She's a journalist living in Berkshire, England, with her family and springer spaniel. When she's not writing, you'll find her exploring cities, visiting old houses, playing netball, eating cake or restoring her house in Italy, which is nothing like Villa Leonida.
You will find all about Katharine and her books at these social media links:
www.facebook.com/Katharinejohnsonauthor
https://twitter.com/@kjohnsonwrites
https://katyjohnsonblog.wordpress.com/ 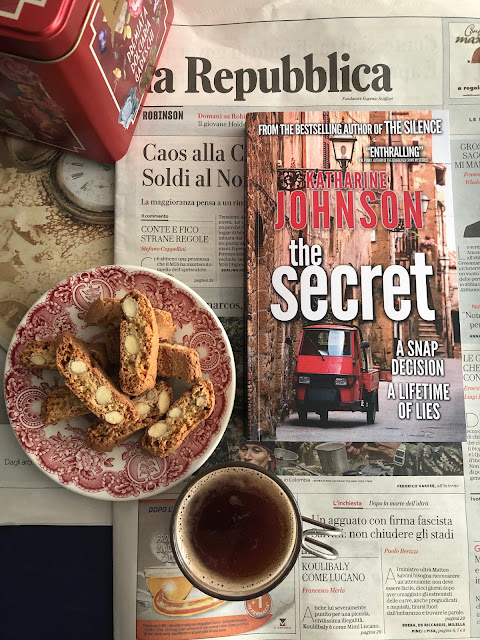 Disclosure: Many thanks to Rachel's Random Resources for sending me the book for the purposes of reviewing.
Posted by Galina Varese at 00:20:00