Any venture calling itself a find-yourself retreat would send me running for the hills. Personally I can't find anything more tedious or pretentious. But that's just me.

Sophie, the main protagonist of The Sinister Gathering, hopes that the healing female-only retreat in the Scottish Highlands is exactly what she needs.
The programme is focused on meditation with gentle yoga classes and promises "In just a few short days, you can transform your life".
Unsure about her relationship, Sophie is trying to discover who she really is. Opening up her vulnerable side and getting the demons of the past exorcised sounds like a great motivator.

And Sophie needs it. She is insecure about her boyfriend - Jack is a private investigator - and does appear as rather clingy, and gets suspicious when her texts are not answered the next minute.

In search of inner peace and harmony, Sophie goes to Scotland. On top of her own problems, she has to deal with a whole bunch of insecure women who have issues of their own, from OCD to alcoholism, from a toxic friendship to jealousy and a nervous breakdown.

The scene of arrival to the respite centre doesn't bode well:
"I wanted to appreciate the beauty of the scene but all I felt was discomfort. I turned back towards the front door and shuddered. As I crossed the threshold of the great manor house, a sense of foreboding came over me.
I should never have entered that property."

Even before we are introduced to Sophie, there is a disquieting prologue.
The book starts as something belonging to a horror or ghost story. An unknown woman is running through the dark woods during the storm. Who or what is she trying to escape? What is she sorry for?

Despite working as a counsellor in a women's centre (and thus supposedly well-equipped to tackle issues of low confidence, relationship difficulties etc), Sophie is not very good at dealing with the other women at the respite. She is easily provoked and prone to aggressive outbursts, not the best recommendations for her job.

Instead of finding peace and harmony, Sophie stumbles upon a dead body on her run through the woods. Glenloch Hall turns out to be nothing as described in the ad. It's a sinister place, a nest of vipers, if you've ever seen one.

The group attending the respite week is a colourful eclectic bunch. There is only thing that they have in common - and that is they are all seriously messed up and have psychological problems, due to dysfunctional families, cheating husbands, being survivors of childhood abuse and other traumas.
It transpires that everybody at the retreat, including the organiser Olivia and Bobo the chef has a secret and skeletons in the closet.
The power of the past is affecting the present of all the characters.

You're left in between feeling sympathy for them, and also shaking your head in disbelief at how self-centred and selfish they are.
Despite going through depression and having gone through counselling myself, I couldn't relate to any of the women, they are just all unpleasant and bordering on caricature.

Even Sophie herself is not particularly likable. As it is book no.3 in the series, I presume her character and backstory are more clear, if you've read the previous two books, though this story reads as standalone pretty well. 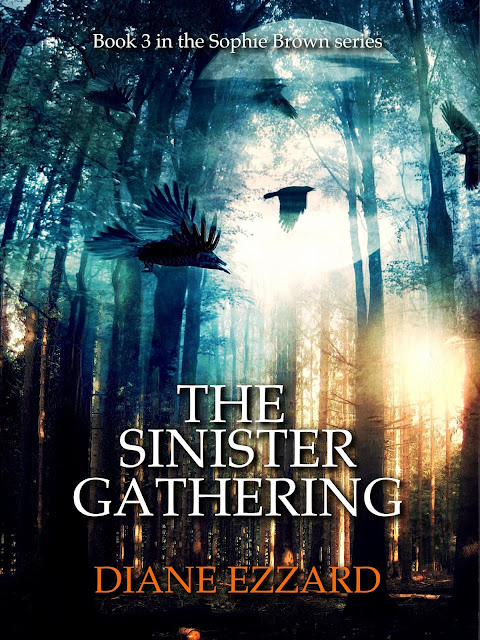 Author Bio: Manchester-born Diane Ezzard writes emotionally charged psychological thrillers and mysteries about everyday people in seemingly ordinary circumstances until something goes badly wrong in their lives.
Before taking early retirement to concentrate on her writing, she worked as a HR manager, a counsellor, owned a cafe and managed a charity.
She now lives and writes in South East London close to her daughter and grandchildren.

You can find more about the author following her social media links:
dezzardwriter.com
www.facebook.com/dezzardwriter
and
https;//twitter.com/diane_ezzard 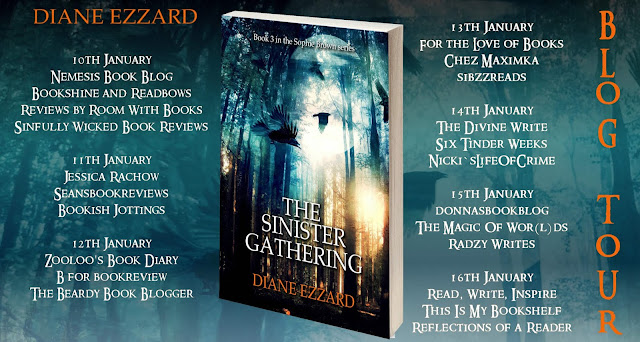 Disclosure: Many thanks to Rachel's Random Resources for providing me with a free ebook for the purposes of reviewing. All opinions are my own.