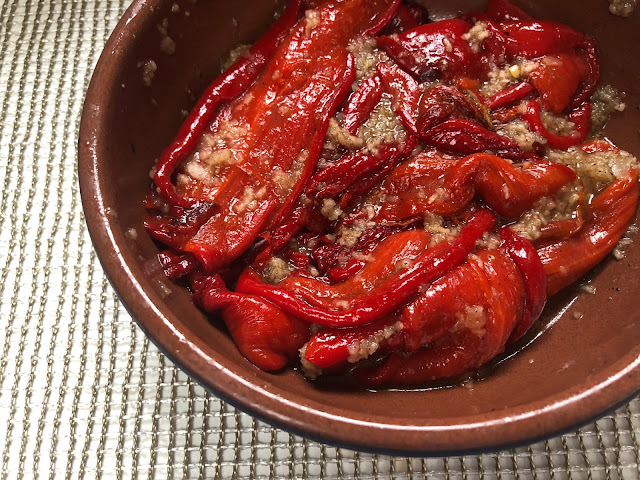 I'm still catching up on the last weekend's stash of newspapers. Reading Feast magazine while sipping my coffee, I nodded in agreement with Fiona Beckett who wisely says "I know it's an unfashionable view these days, but January is not a time for abstention. Moderation maybe, but no booze at all? That makes an already miserable month even more dismal."

It's not that we drink much. Certainly not on par with numerous Insta and Twitter posts, announcing it's Gin o'clock to the world. A couple of days ago, when I was sorting out the recycling, I realised we only had 2 empty bottles to put in the black box after Christmas - from the sweet dessert wine we opened for Christmas, and Aperol, which my husband has been drinking for a while and only just finished. Nothing like the full, overflowing black bins some of our neighbours have. They must have been partying at full steam (she says wistfully, remembering the parties of old.)

As it's an Orthodox Christmas today, I asked my husband to open the bottle of prosecco yesterday night. I bought a set of The Modern Cocktail Champagne Toppers (in 4 flavours) in Lakeland (reduced to £3.49), and was curious to try it. Alas, two flavours we have tried were rather disappointing. If I had to pay a full price, I'd be pretty peeved.

Then on the 14th the Russians will be celebrating the so called Old New Year (the start of the new year according to the Julian calendar). It's not a formal holiday, but is traditionally observed with parties and having family get-togethers. I might raise a glass of something like G&T to mark the occasion.

So, not a Dry January for me then.

And while we don't do the Veganuary either, here I am with yet another vegetable recipe.
The original recipe appeared as one of the recipes of the day on the Russian food site Povarionok, which I mentioned recently. The author of the Fried peppers à la Odessa says his grandma used to cook the sweet peppers like that. The origins of the recipe are from Odessa, a port city on the Black sea, in what is now Ukraine. The cuisine is heavily influenced by the Greek and Jewish heritage.

I have slightly adapted the recipe. The original recipe asks for 6 cloves of garlic. I used 3, and even then found it way too garlicky. I think 2 would be better, unless you are a garlic fiend, then go full Monty. 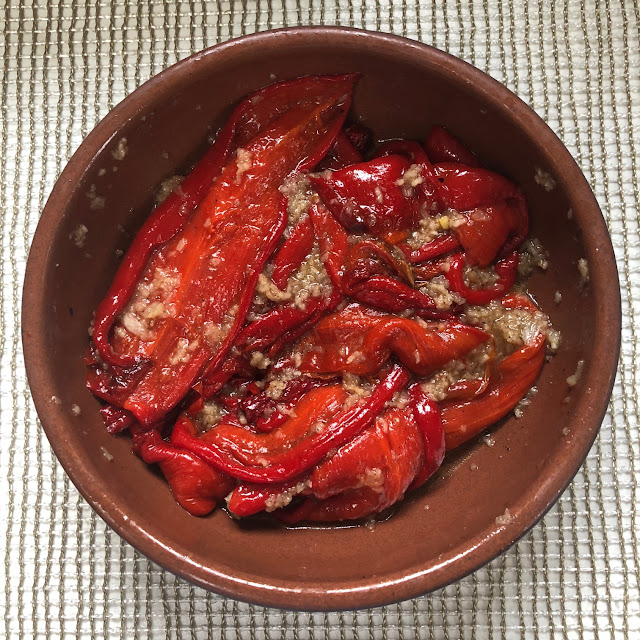 First roast (or fry) the sweet/Romano peppers, sliced in half and drizzled with 1tbsp of oil, for about 20 minutes. Take the peppers out, put in a bowl, cover it with a cling film or plastic bag, and let them cool. Peel off the skins and discard.
In the meantime make the garlic paste - crush the garlic using a garlic press, add the salt, and combine together, then add the oil, vinegar, black pepper and a pinch of sugar and mix well.
Mix the peppers with the garlic paste, cover the bowl, and place it in the fridge for 3-4 hours (or longer). 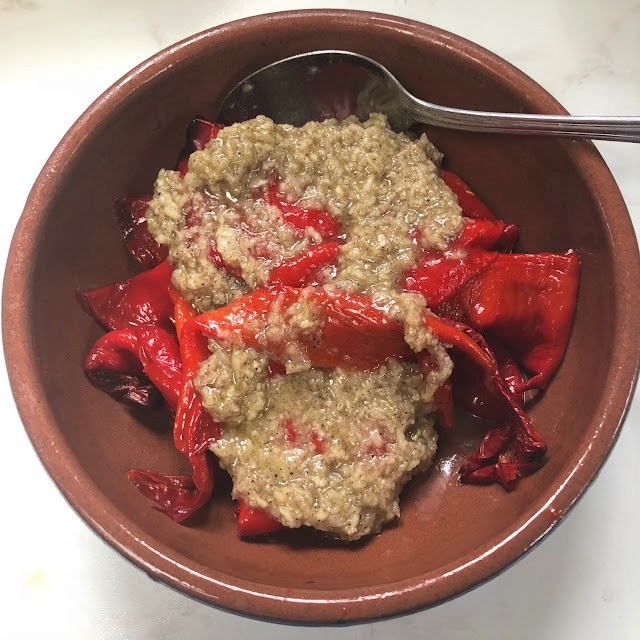 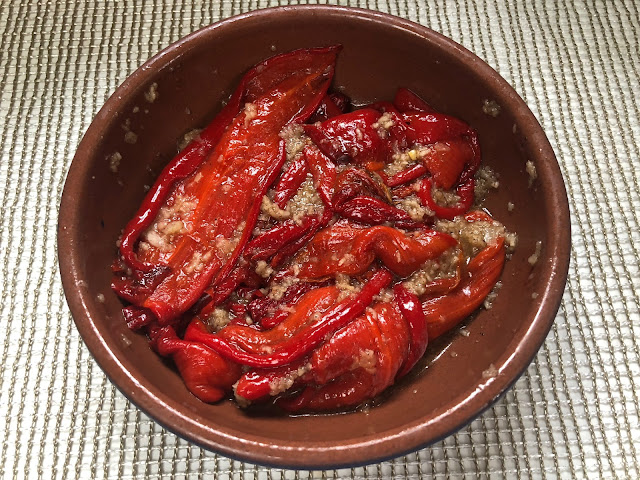 It is tasty with plain boiled potatoes or rice.
Be warned though - if you are planning to go on a date, don't eat these peppers. 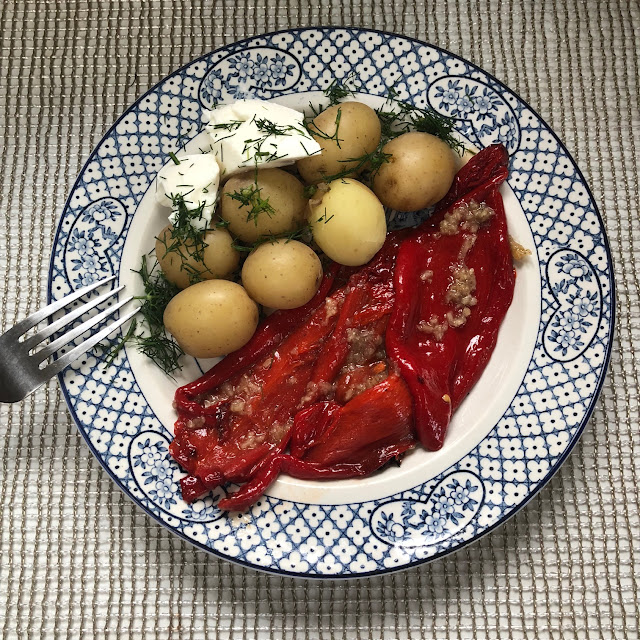