-Eddie, which part of the parade did you like the best?
- Everything, Mummy!

The annual Witney carnival seems to be getting bigger and bigger with every year. This is an event, where the whole family could come. It starts with a big parade or procession at The Leys, and after that there are lots of stalls to visit. All the raised money goes to the local community. All schools, local groups and clubs as well as businesses join the colourful parade. Each year the theme is different. 2015's Theme was Nautical. Both of my sons' schools took part, and while we didn't join in the parade itself, we watched it from start to finish and enjoyed it very much.


The parade was led by Miss Oxfordshire. My younger son pronounced her to be very beautiful. She was followed by a band of pipers.
To be honest, I didn't know what's the connection between Witney and the Oxford Caledonian Pipes and Drums group, until I read in the booklet that the band was organised in 1961 by a couple of exiled Scots and two ex-Army pals. They regularly take part in the parade, and play a great tune. 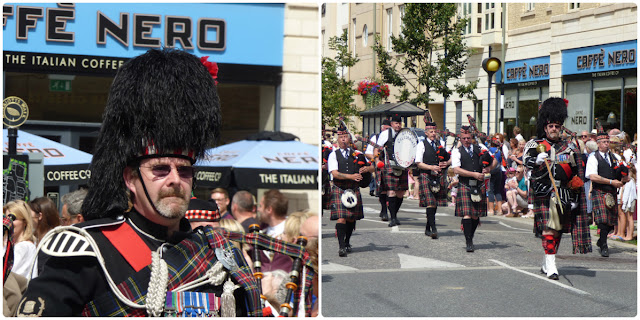 Seeing the pipers brought back memories of the parade five years ago, when I was heavily pregnant (in fact, Eddie made his appearance just two weeks later). My Mum and I were grocery shopping and happened to be in town, when the parade took place. The pipers were so good, I felt like dancing there in the street to their tune, despite my enormous belly. I believe my little man enjoyed it even then, still inside my tummy. 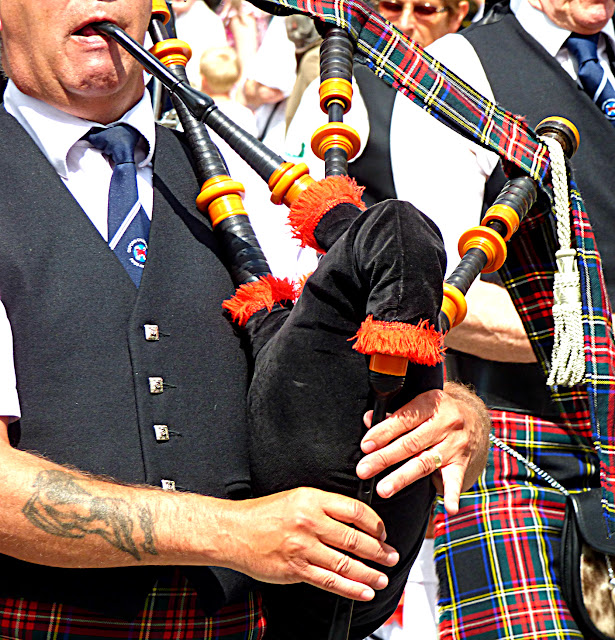 The variety of teams, vehicles and outfits was inspiring. We loved all the vintage engines and decorated trucks.

As the theme was nautical, a lot of people were dressed up as pirates, mermaids, sea creatures and skeletons. 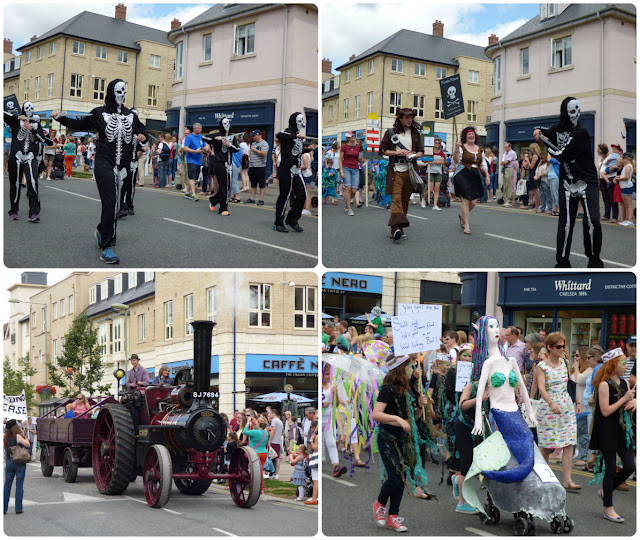 My older son's school was led by the "yellow submarine". Though my son didn't participate (we tried to take him out to join the school, but the crowds were too much for our autie, and my husband took him to a quiet cafe and a bookshop instead). I was mighty proud of our special needs school, and we cheered them on with great enthusiasm. Big well done, Springfield!

The crowds were clapping and cheering. 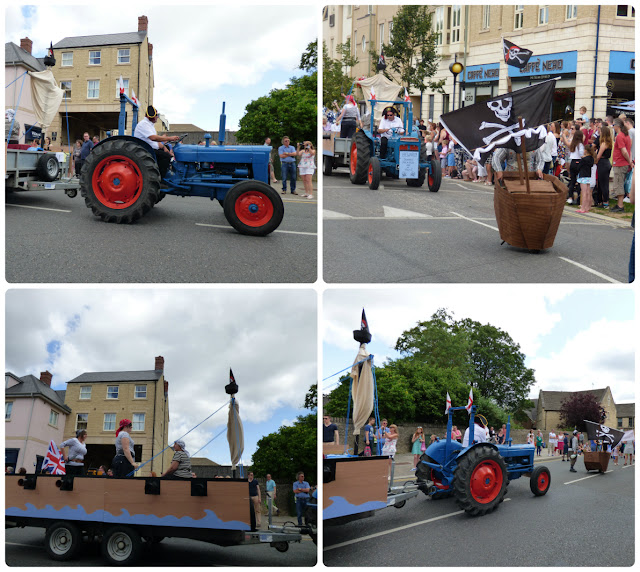 The cheerleaders did a lovely performance. 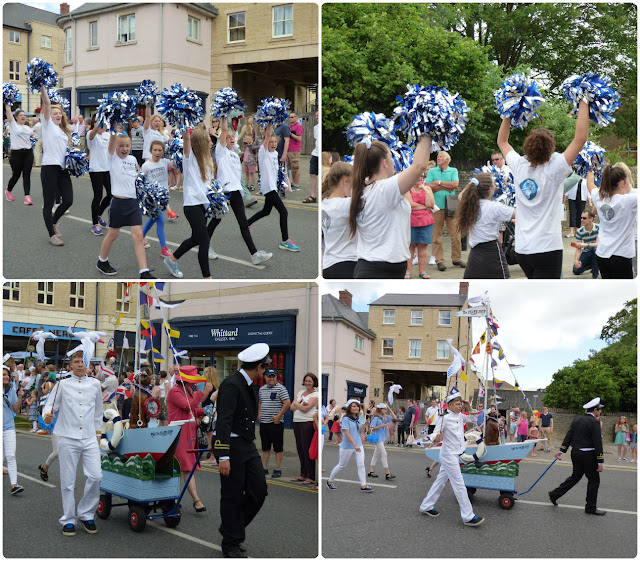 Their enthusiasm was catching. We roared together with the fierce Vikings. 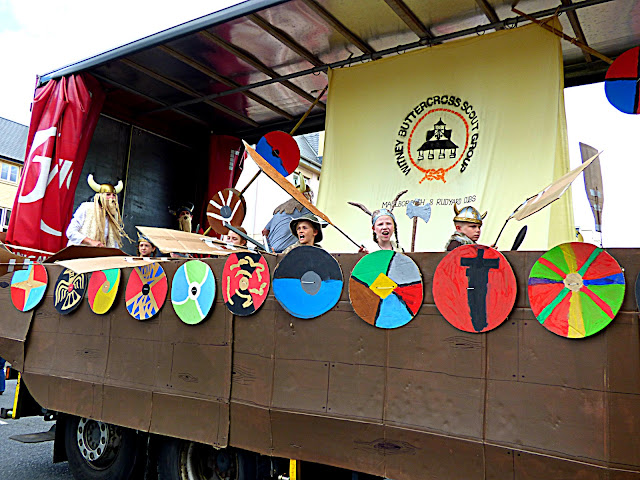 There was even a Titanic. 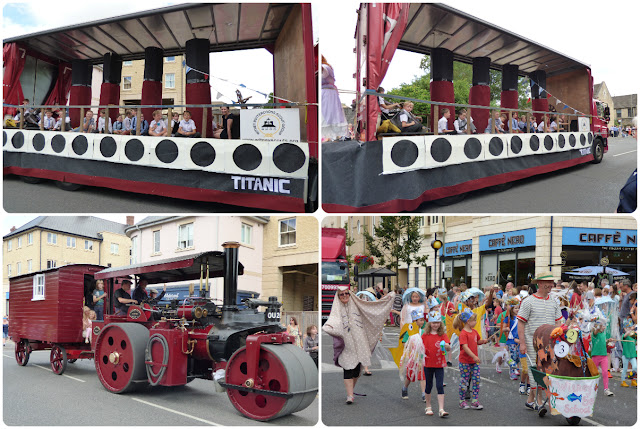 So many teams, so many different ideas! 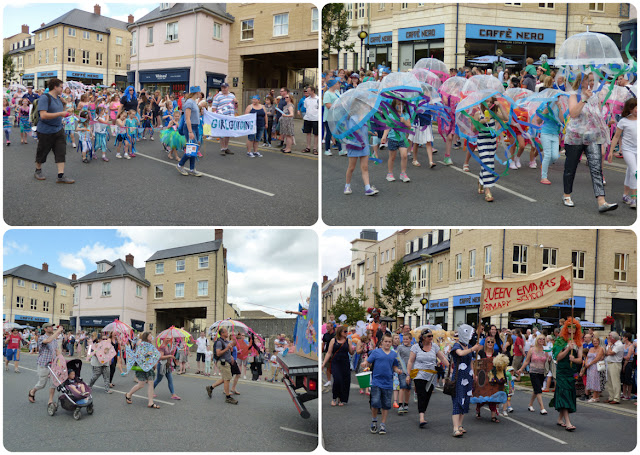 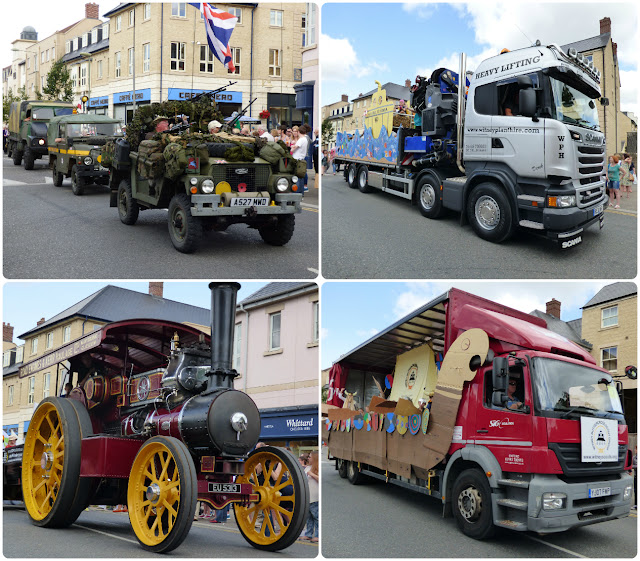 We really wanted to have a ride on one of the splendid vintage engines. 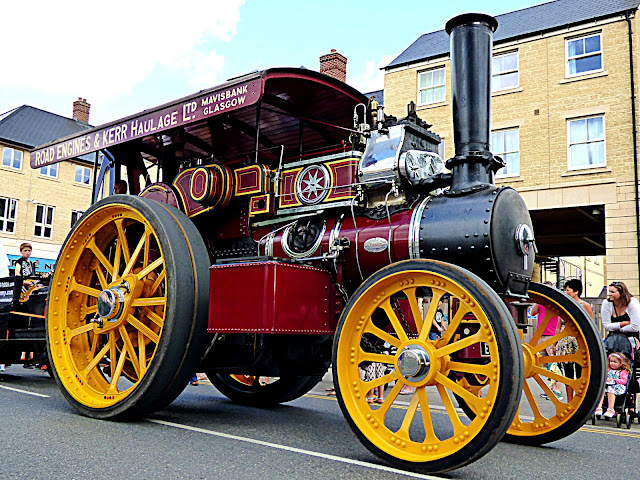 The procession went all around the central Witney, and everywhere there were crowds, watching and cheering on. It was wonderful to see so many people taking part in the parade and also attending the carnival to watch. 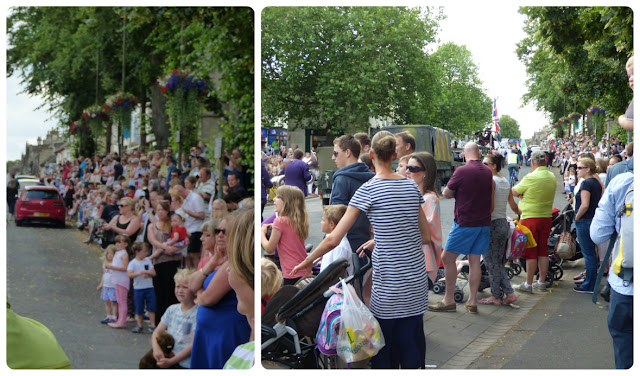 The end of the procession was quite moving, with another band playing music. The fire truck was the last in the long line of participants. 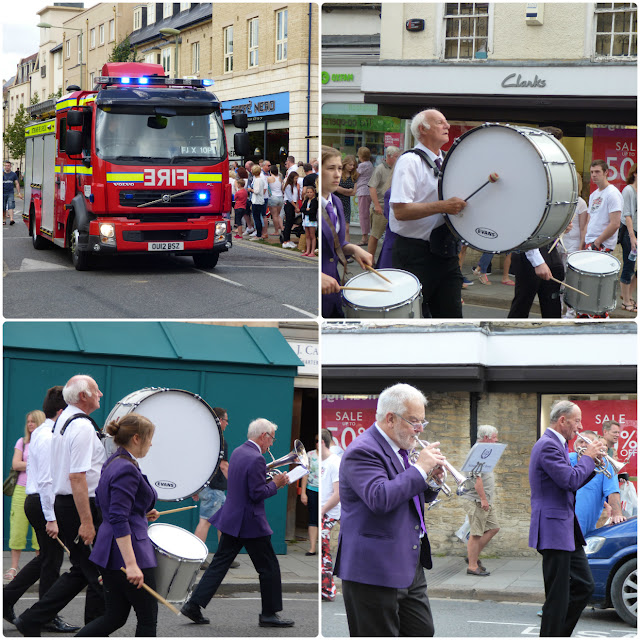 There were all sorts of local characters: from a beauty queen to a bearded mermaid, from pirates to belly dancers, from vikings to Titanic and many more. What a super event! Such a great community spirit!

And the weather was good, very warm but not stifling hot. 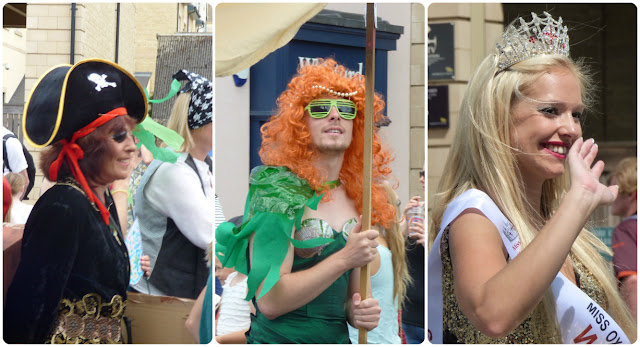 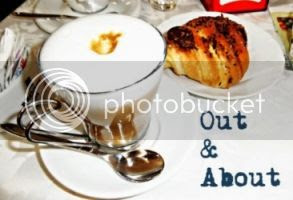