I have taken a break from Project 365 for a few weeks, but as the last week was quite eventful and colourful, and I took one zillion of photos, I am joining in again this week. It will be a slightly longer post of 8 days, including the Friday 17 July when our trip commenced.
It took us eight and a half hours to travel by car from Oxfordshire to Perranuthnoe in Cornwall. We were pretty exhausted, but after a quick unpacking and exploring of our new cottage, we went to the beach. It was the time of the high tide, and the enormous beach was completely covered with water. Both boys were delighted to watch the waves anyway. Eddie was busy making friends with a local girl and trying to impress her with his pebbles-throwing technique.
As you can guess from Eddie's outfit, it was verrry fresh. 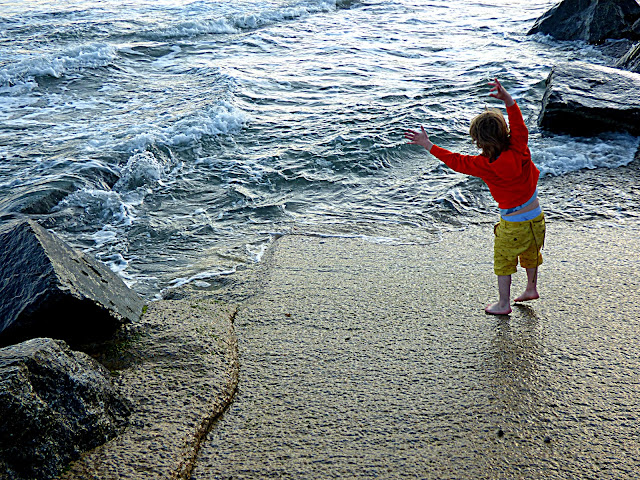 18 July: The next evening we walked to a distant beach, along the coast, with the beautiful views of the sea and St Michael's Mount. We always stop by an old cannon and an anchor on someone's farm. Their gates are open for visitors. The evening was much warmer than the previous one. 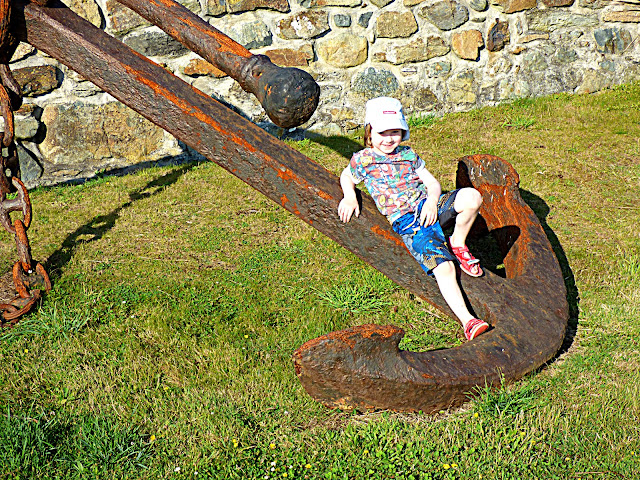 19 July: Our routine was the same every day, we went to the beach in the late morning or early afternoon, when the tide was low. Eddie was digging, building the sandcastles, exploring the rock pools, paddling in the water and running away from the waves. It was too cold to have a proper dip, though Sash didn't mind the cold, he was in the water, wading through the waves and smiling like an angel. 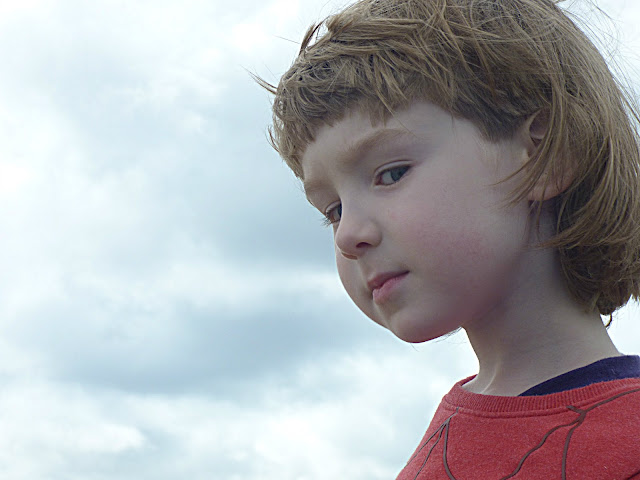 20 July: I have been trying to take a few panorama shots. This photo was taken on our walk to the distant beach, with St Michael's Mount in the background. It is a very picturesque walk, with the fields and hills rolling down, and the sea coming closer and closer.

21 July: On a sunny day what could be better than jumping in the waves?! 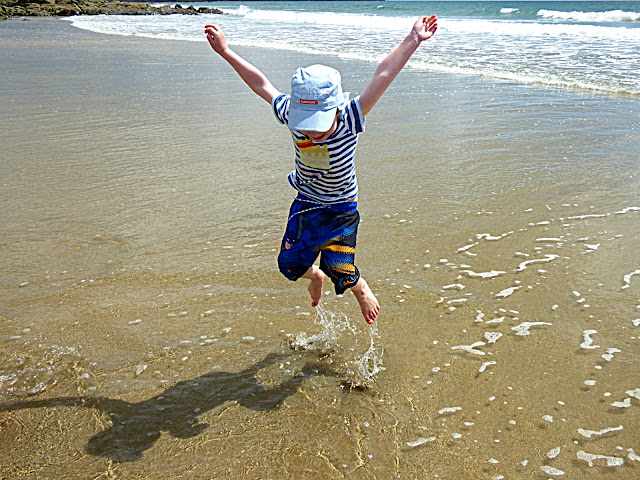 22 July: We were having dinner on the open veranda, when I spotted these birds. They were quite far from our cottage, so I zoomed them closer with my camera. They looked just like musical notes. 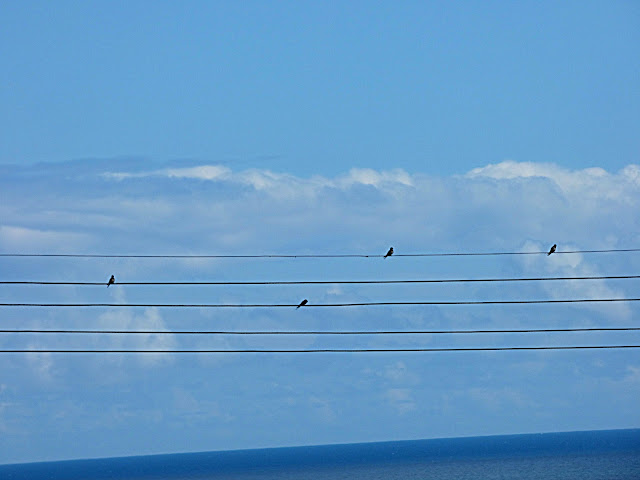 23 July: Sasha loves Cornwall. For him it's the place, where he feels the happiest. He would stay in the sea all day, if we didn't drag him out. The water was pretty cold, but he didn't seem to mind at all. He loves everything about the sea: the smell, the taste, the sound and the feel of it. 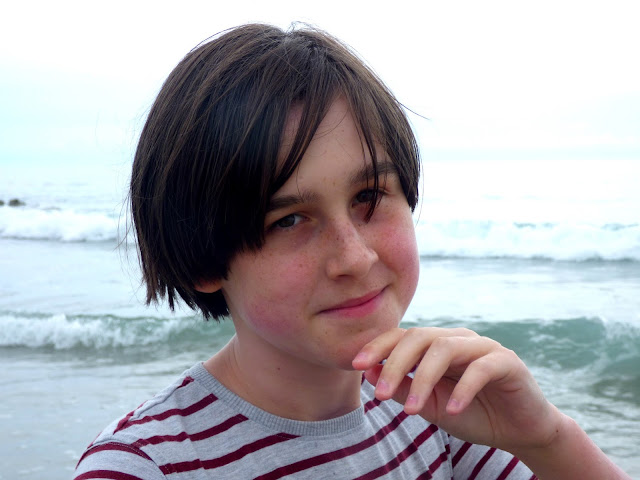 It was raining when we said Good bye to the Church Barn cottage with its beautiful terraced garden. All the agapanthus and tropical plants looked soggy and the sky was grey. It took us almost nine hours to get home, by which time we were all miserable and tired. 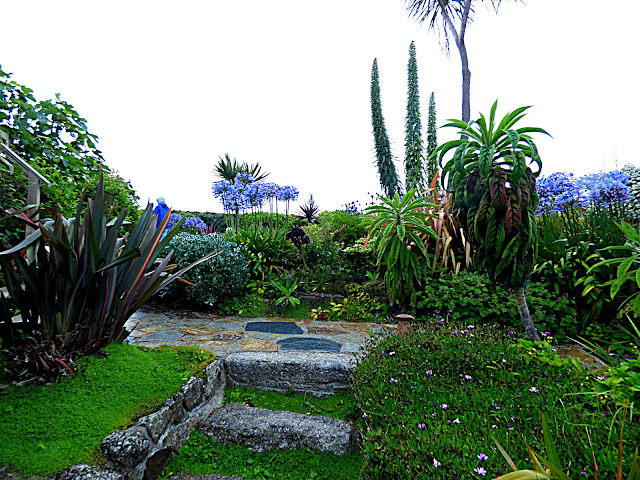 We didn't have time to recuperate for too long, as on Saturday we celebrated Eddie's 5th birthday with a big party at the play centre Darcy Bear. My little man didn't show any signs of being tired, climbing and sliding, and playing with his friends. I couldn't catch him staying still long enough to take a good photo, as he ran away from me, laughing. 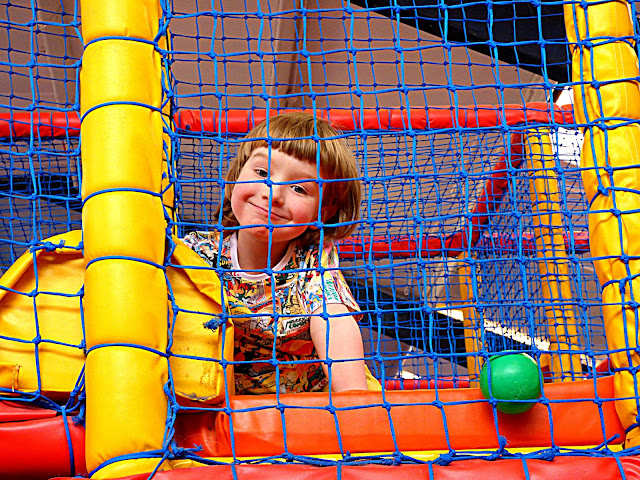