A few days ago, when I saw some fennel at a reduced price in Waitrose, I grabbed a couple of bulbs. I had a "cunning plan" in mind of making a jar of fresh pickled fennel. Having a good googling around, I came across a really nice recipe on Strawberryplum blog - Quick pickled fennel. Her recipe became my starting point. I have adapted it a bit and changed some ingredients. I recommend reading Sarah's blog post as apart from the recipe, she has some great suggestions on the ways of using the pickled fennel.
Me, I just eat it straight from the jar, picking it out with a fork. It's cold, crunchy, fresh, aromatic and just plain tasty. 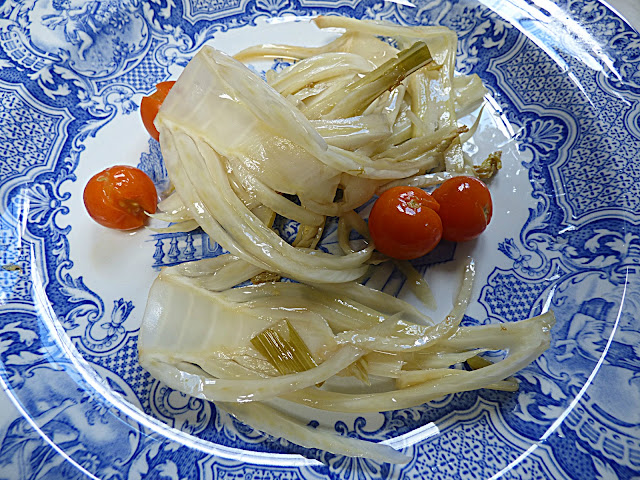 Slice your fennel very thinly, if you have a mandolin slicer, now it's a good time to take it out of the hiding place. In a small pan quickly toast a scattering of fennel and mustard seeds. Add the pickling spice too.
In a medium bowl heat up vinegar, all the spices and water, bring to boil and simmer until the sugar and salt are dissolved.
Place a handful of fresh dill at the bottom of a medium sized jar, then pack in the sliced fennel tightly. The jar should be pasteurized in advance. Pour the pickling liquid in a jar through a sieve. You might have some liquid left. I had about half a mug of brine left, and used it to pickle a big onion bulb. I have also added a handful of baby tomatoes at the very top, just because we have a glut of tomatoes in the greenhouse.
Let the sealed/closed jar cool down before placing it in the fridge. The pickles will be ready in 24 hours. 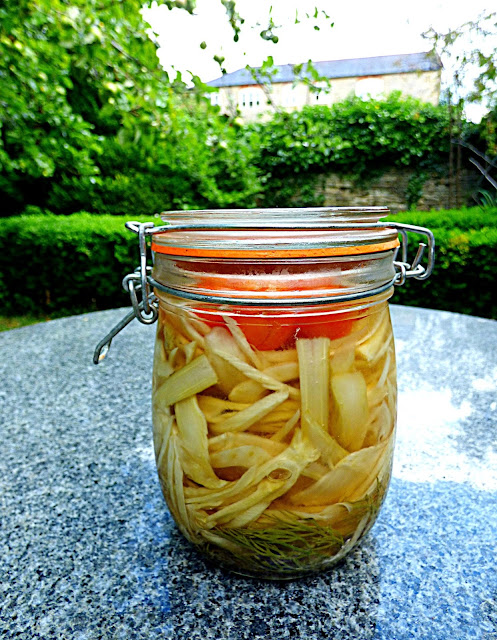 And now we're talking business. Add to any salads, or as a side dish to roast meat or fish. I will definitely be pickling more fennel, a jar at a time, so that I can enjoy it freshly pickled. 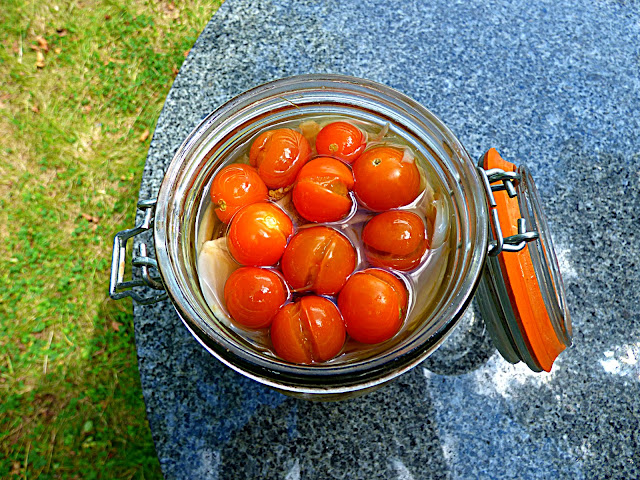 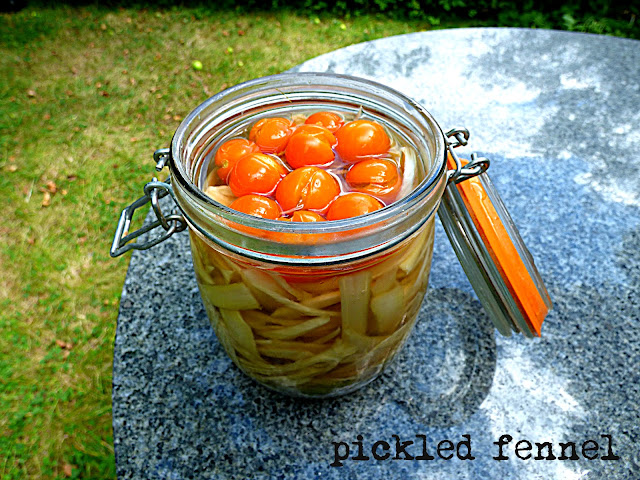