Give a warm welcome to a brand new magazine for children - The Furchester Hotel. I don't know about you, but we spend a small fortune on magazines for kids. I'm quite embarrassed to say just how many of the kids' magazines we buy regularly. 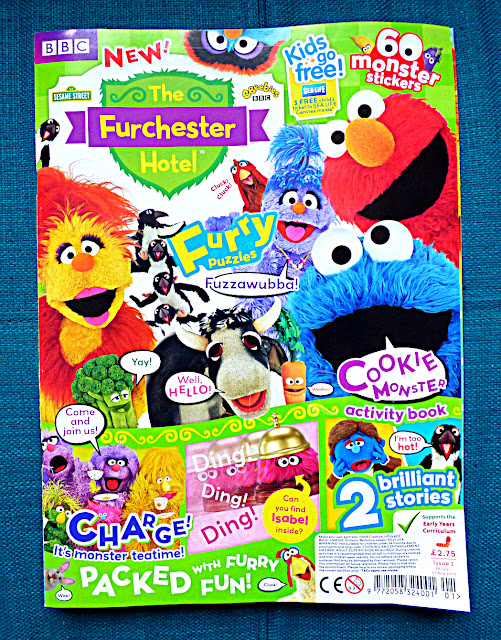 There are so many different magazines available, catering for any tastes and preferences. Many of CBeebies shows have their own magazine - like Peppa Pig, Ben and Holly, Dora the Explorer, Postman Pat etc etc.
Today a new CBeebies magazine has been launched - for fans of Elmo, the Cookie Monster, Phoebe and other furry creatures.
The Furchester Hotel Magazine will be on sale every four weeks priced at £2.75, quite reasonably priced in comparison to some children's magazines which retail at £3.99-4.99. It is aimed at children aged 3-6 years, with the core audience of 4-year-olds.
This magazine is based on a TV series about a half-star hotel run by the cute monsters - the Furchester-Fuzz family. Your children might know some of the characters from the much loved series Sesame Street as well as from The Furchester Hotel show itself.
You will find adorable Elmo and Cookie Monster, full of mischief and ready for adventures.
The magazine follows the problem-solving aspect of the show by introducing its audience to lots of fun activities, from stories to puzzles, from colouring to counting.
This is a light reading magazine, which has been created to support the Early Years Curriculum, thus adding an educational twist to a fun interactive magazine.

Eddie immediately spotted a crafting set on the cover, and was very enthusiastic about creating mini-portraits of the Furchester Hotel furry monsters. The little set had lots of paper and fabric cut-outs, frames for portraits, stickers and double-sided pads. 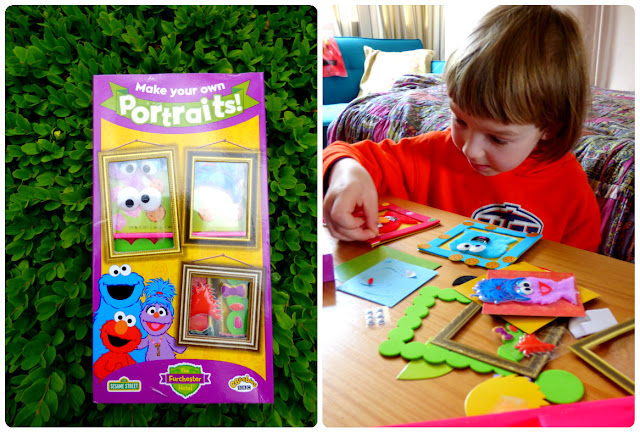 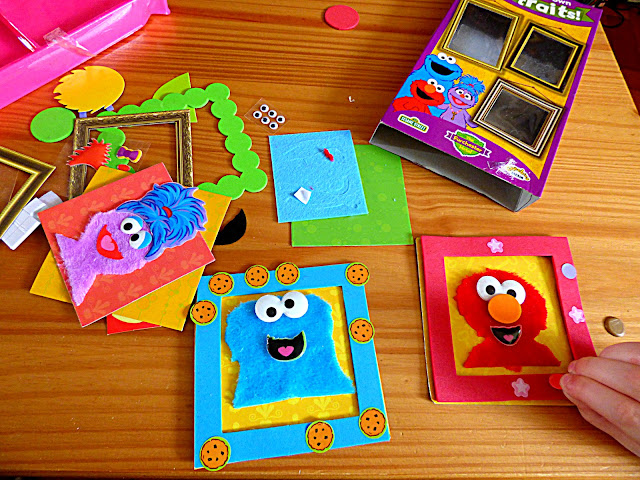 Like all CBeebies magazines, it comes with stickers and activity book tasks for little people.

It has amusing colouring pages. 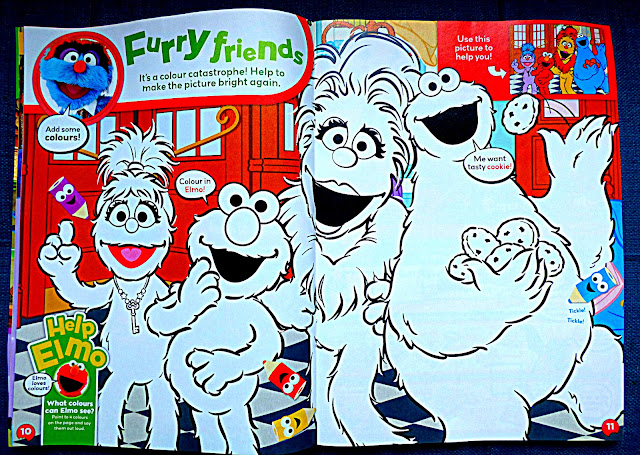 And of course, there are stories to be read together and enjoyed. 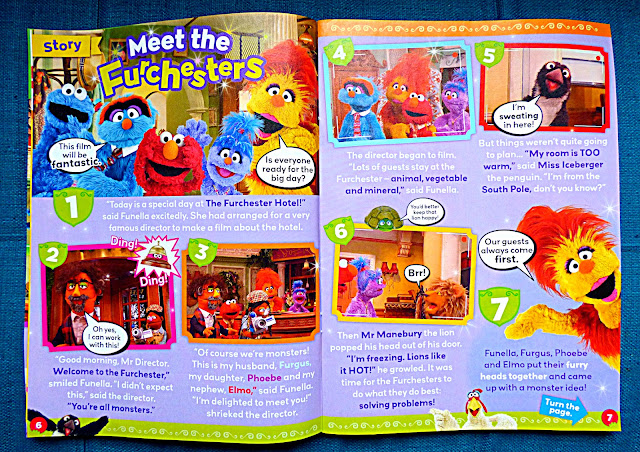 There is a mask to cut out on the back cover of the magazine. We love making masks, though Eddie reasonably suggested that we needed to cut out the holes for eyes first.
We enjoyed the new magazine, and are looking forward to new issues. 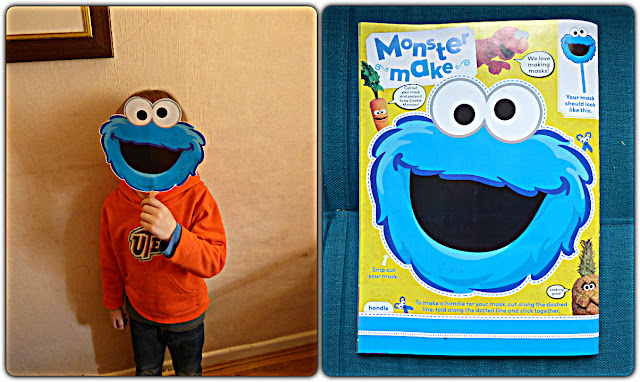 Disclosure: we received a copy of the new magazine for the purposes of reviewing. All opinions are Eddie's and mine. We will also receive a year's subscription to the new magazine. 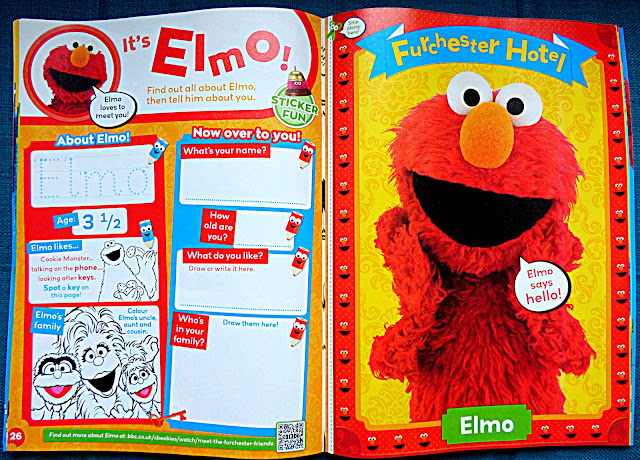