"A cook hurriedly served bowls of a steaming hot, well-spiced pottage, dishes of cheese and dried fruit, freshly baked bread and two large blackjacks of ale..." (The Book of Fires by Paul Doherty) 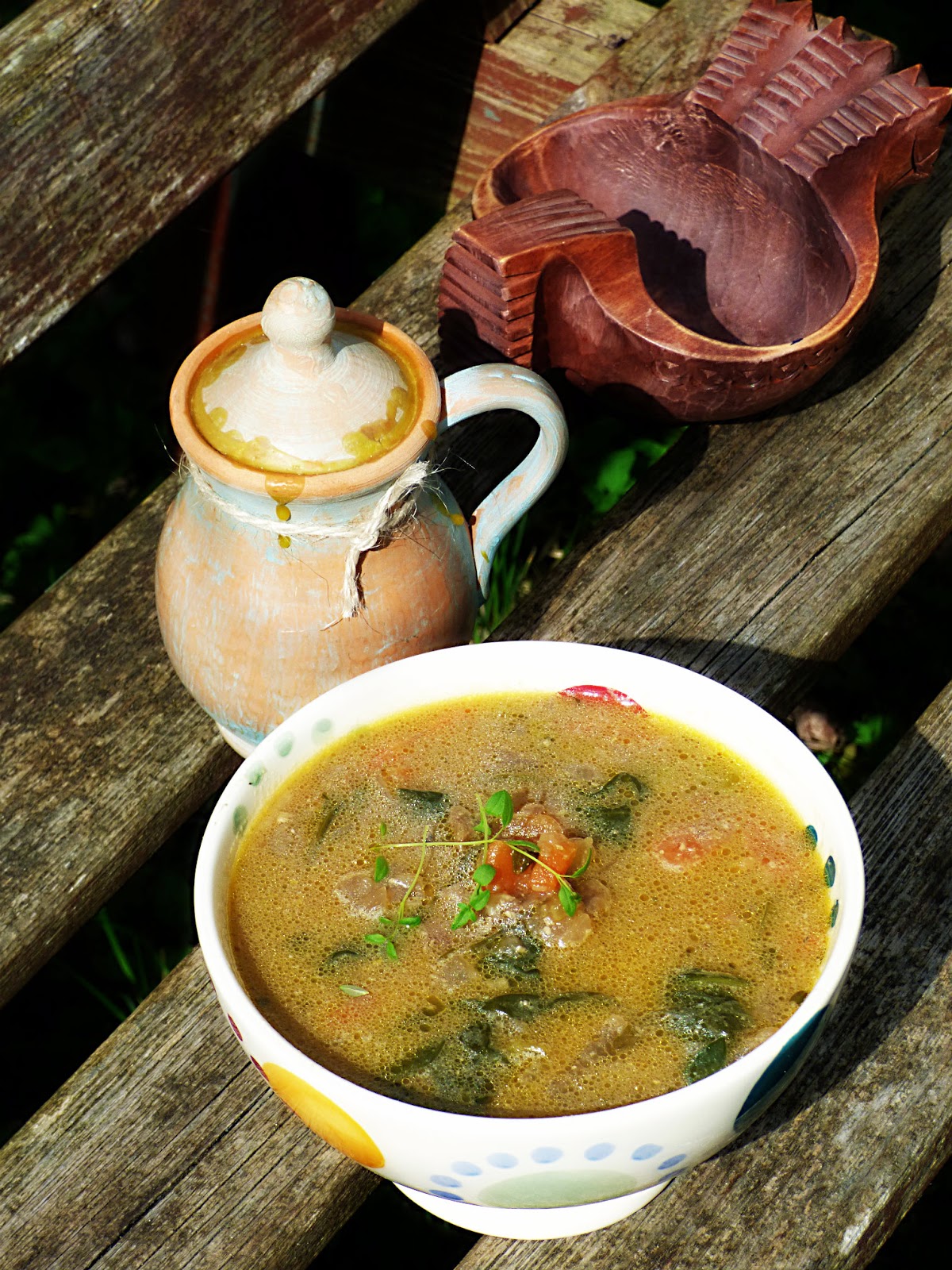 I am a big fan of a medieval mystery genre. For me it is a pure escapism, just like my favourite costume dramas on TV. "The Brother Athelstan Mysteries" by Paul Doherty is a brilliant series, intricately-constructed, sympathetically-narrated and authentically detailed. The Book of Fires is the latest instalment, set in the 14th C London. Murder, intrigues, ruthless killers and the Upright Men plotting the Great Revolt.

There are quite a few food descriptions and references. For example, "he had feasted on minced chicken in almond and rosemary sauce, venison steaks broiled in vinegar, red wine, ginger and a little cinnamon, followed by quiche of fish with a green topping. Delicious sweet wafers in a hippocras sauce had finished the meal before Pynchon had climbed the tavern stairs to sample the pleasures of a generously endowed, buxom chambermaid with olive skin and hair as dark as the night"...

The pottage is often mentioned in fiction set in medieval times, and this book's heroes eat it heartily as well.
It was the pottage that I tried to recreate for #ReadCookEat. So, what exactly is a pottage? It is a thick soup or a stew, made with vegetables, grains and sometimes meat. It was simmering for days, and each day new ingredients were added to the pot, when some of it has been consumed. It was a kind of a magic pot dish, where anything and everything could be added. It has been a staple dish for the serfs and peasants. Rich people who could afford expensive spices and meat, had their own version of pottage. I cooked a vegetarian version, neither poor nor rich, a bit in between, using products which were available in the Middle Ages (so, no potato, for example, as it was introduced to the European palate much later). 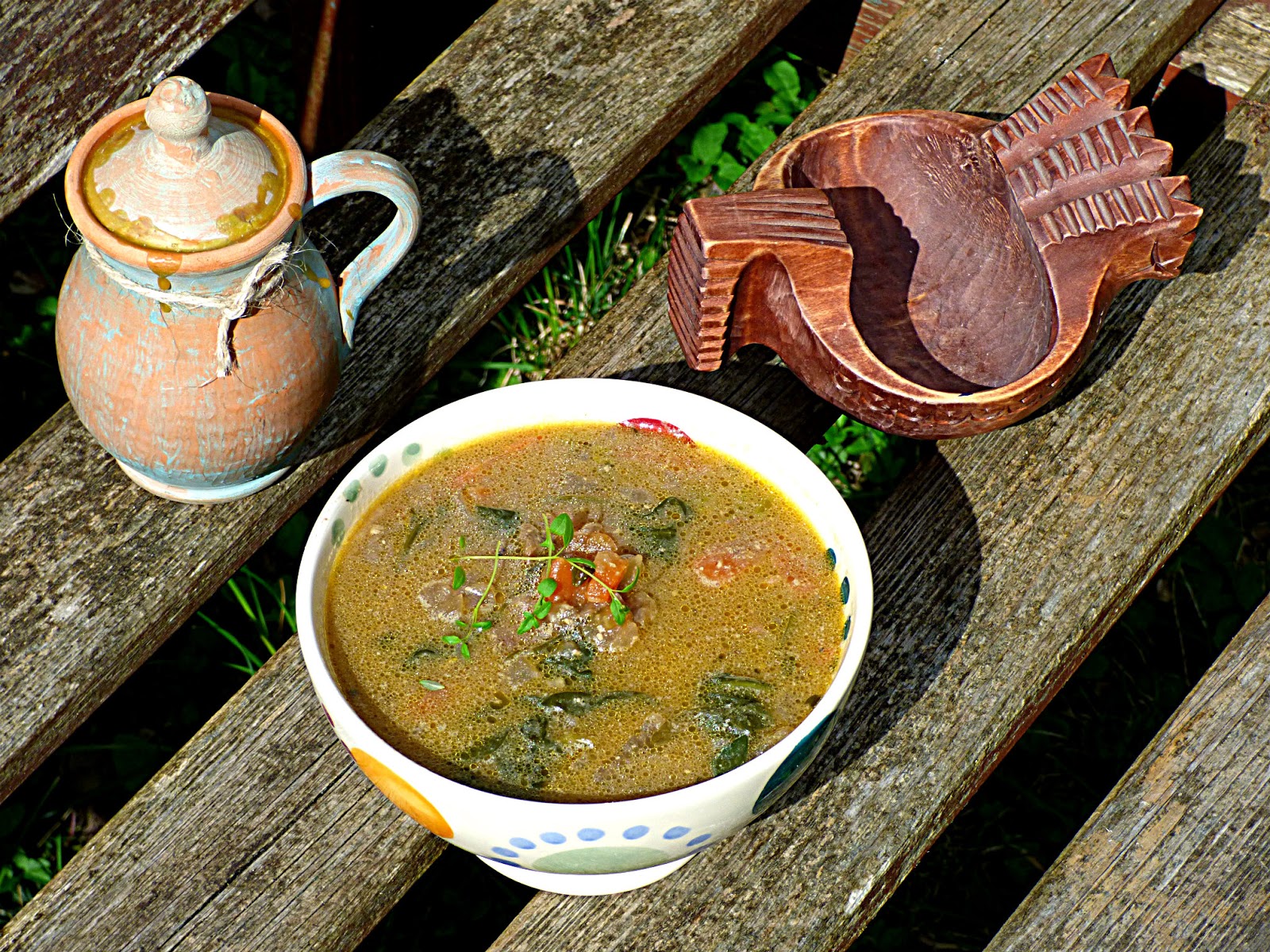 Break the dried porcini mushrooms into smaller pieces into a medium sized bowl. Pour freshly hot water over them (about a pint). Cover the bowl with a lid, and leave to infuse for half an hour.
Fry the finely chopped onion, celery and carrot with the vegetable oil until softened. Add the mushrooms and give it another couple of minutes. Put all the ingredients in a pan, add the chopped turnips and ground almonds, as well as a pinch of ginger and pour enough water to cover all the veggies. Bring to the boil, then lower the heat and simmer for half an hour. Add the spinach and herbs in the last 5 minutes of cooking. Season with the black pepper. You might add more water while the pottage is cooking. Don't blitz it.
If you fancy, fry cubed bacon, when frying the vegetables.
The soup should be quite thick in consistency.
Serve hot with a dollop of soured cream or creme fraiche. 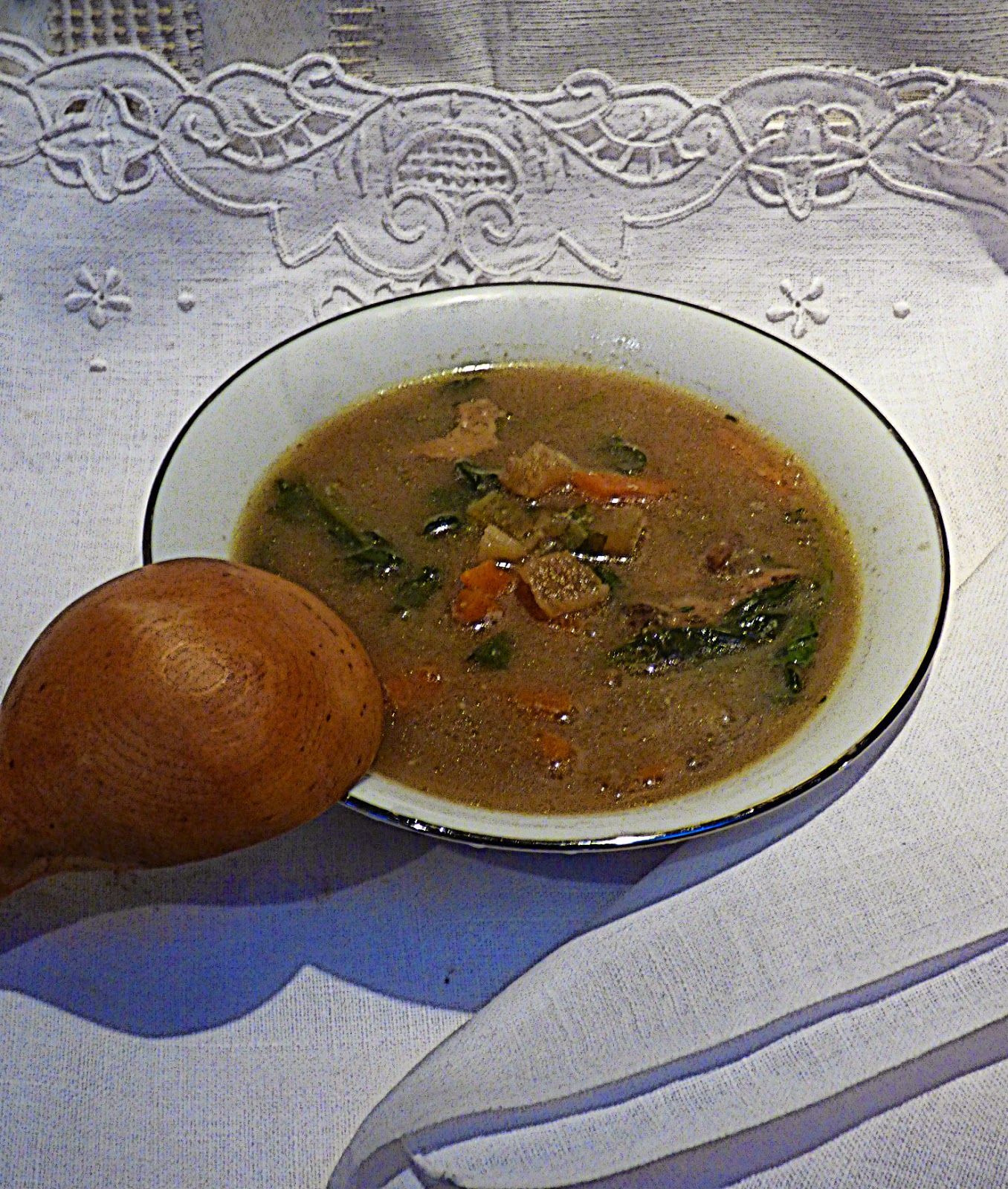 Chris from Cooking Round the World and I are inviting you to recreate a meal, inspired by books and join in our #ReadCookEat challenge.

If you decide to take part, please add the badge to your post and link up back to Chris and me, and either use a link-up tool or add the url of your post as a comment. Alternatively, email me with the link to your post (my email is sasha1703 at yahoo dot com).

I will Pin all blogs posts taking part in this challenge, as well as RT and Google+ 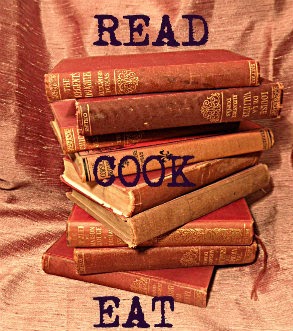