Just because they watched a few films and read a couple of articles on autism, some people presume that all people on the spectrum are savants with exceptional skills and abilities. Just the other day my Mum met someone from my old school who asked about me and said "Yes, we know that one of her boys is a genius". It doesn't help that parents of children on the spectrum like to endorse the myth by sharing all those pictures on Facebook and printing mottoes on t-shirts that Leonardo, Michelangelo, Einstein were autistic. First of all, you cannot make a diagnosis centuries later. Second, for every "Leonardo", there are thousands and thousands of children like my boy who are non verbal, socially inept, with big developmental delays and extremely difficult behaviour. Let's just say I don't find these "positive-thinking" slogans helpful.

That doesn't mean I cannot find any positives in Sasha's autism. I believe his world outlook is different, and he has a good eye for detail. He finds the beauty in the most mundane things, and that is a gift. He can be fascinated by an object, and examine it, taking photos in different light of the day, like that fitted sheet on the radiator in the attic where he likes to hide. He took photos of it through the day, as the light was fading.
He doesn't arrange the objects artfully, he takes photos of them as he finds them. Some of his compositions make me think of the minimalist art. You or I would pass by those objects without a second glance, but Sasha thinks they are worthy of our attention. He likes the simple patterns and arrangements but he also doesn't mind the mess. In many ways Sasha is still a very young child, he enjoys the stories like The Gruffalo and Tiddler, he watches Kipper the dog on Youtube and probably will be watching it when he's in his 40s. Yet his photos show a mature side of him, his appreciation of the world around.

But it's Sasha's selfies that I find the most endearing. He is 13 now, a difficult age for any neuro-typical kid, and much more challenging for a child with autism. Body changes are confusing. My boy is as tall as me now, and soon will be even taller. He might be as big as me, but inside he's still a very young child, confused and often frustrated, scared of the changes around him and inside him. 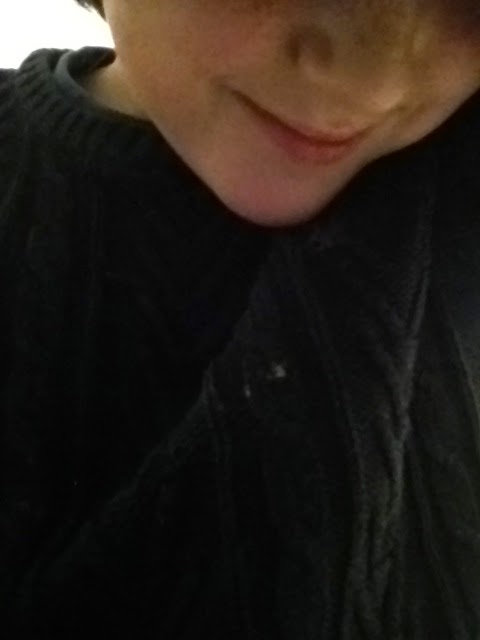 By taking numerous selfies, it's as if he's searching for answers "Who am I?". Some of them are fragmental, you see the glimpse of a smile, or just part of his face. It's a study, research into himself. 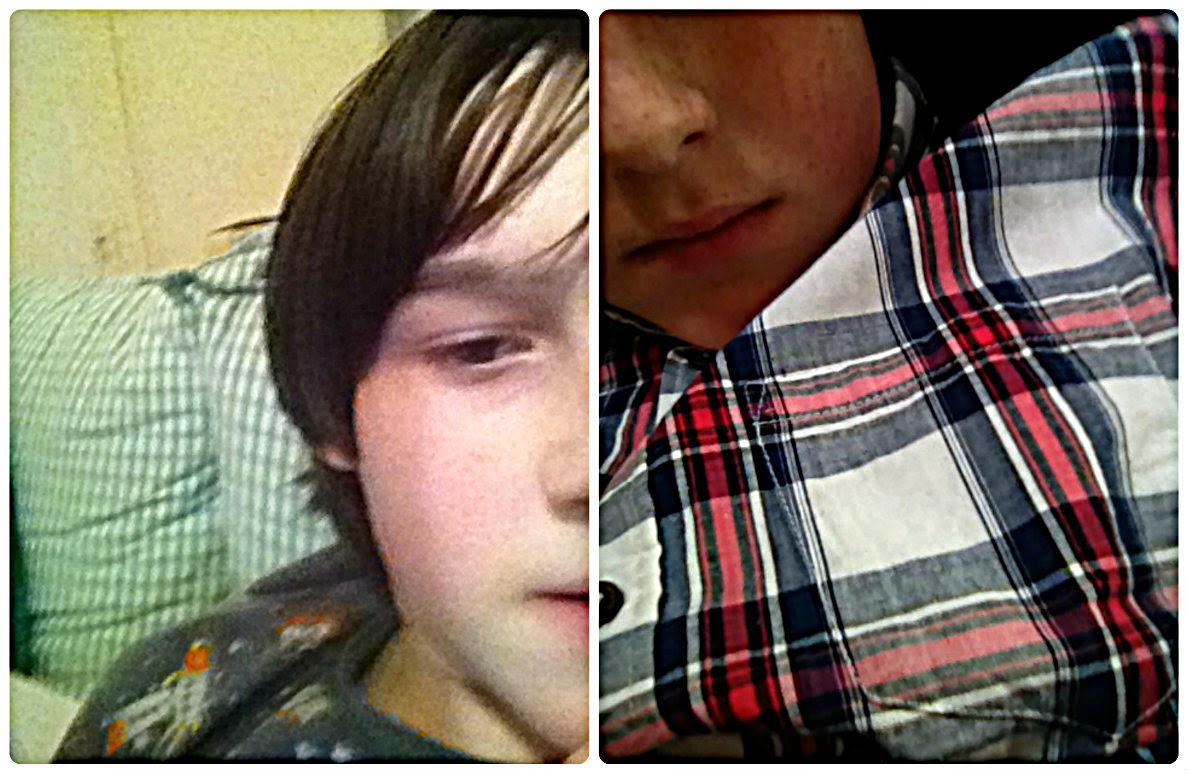 Sasha's non verbal. His ipad is a way of communicating with the world. Not that he shows his photos to us. 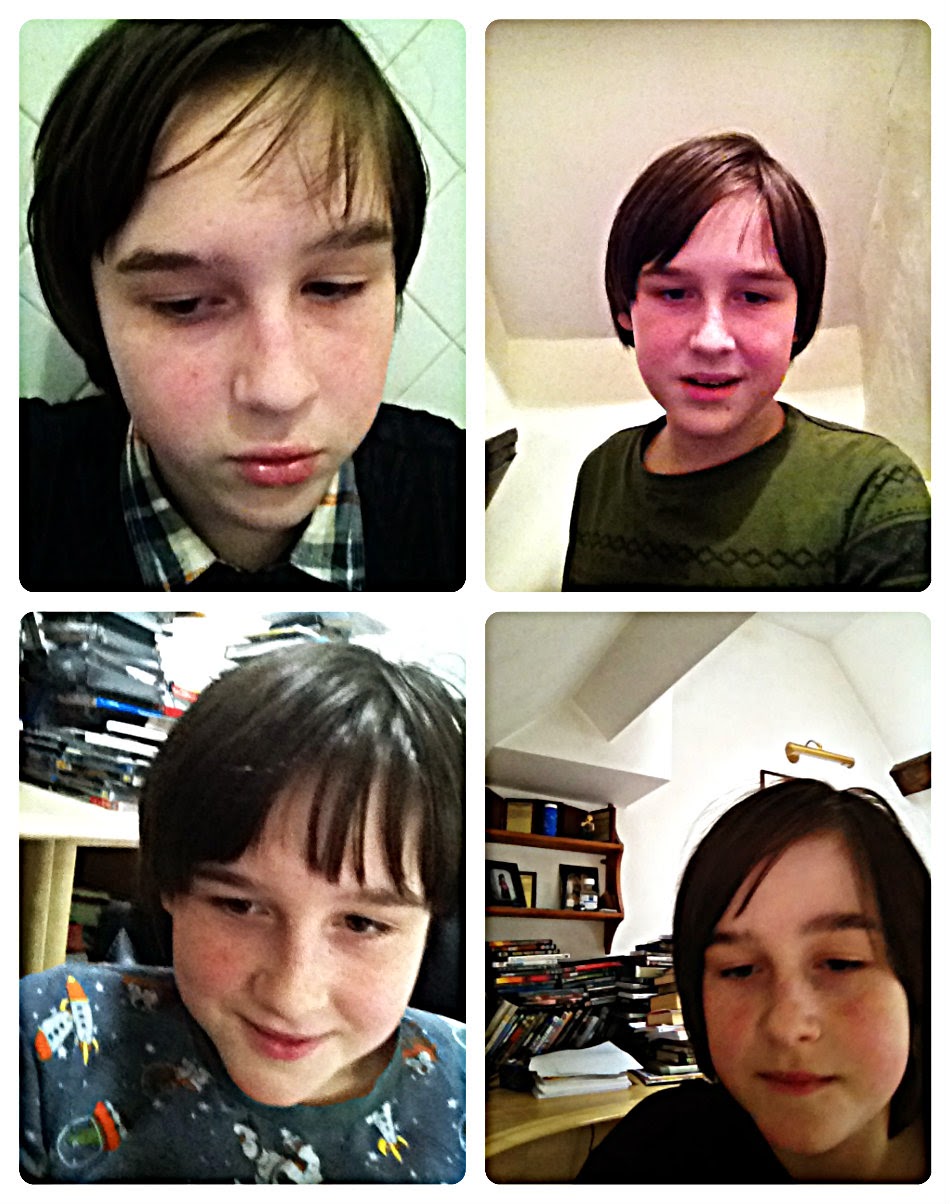 His selfies show different moods, there are some smiling images, there are pensive ones. There are also some upsetting self-portraits, when he has been distressed and crying, with tears running down his cheeks or a hand grasping his head in despair. I couldn't share those photos on my blog, they are too poignant and vulnerable, and they make me so sad. Living with autism is very challenging. And profoundly life-changing for the whole family as well. 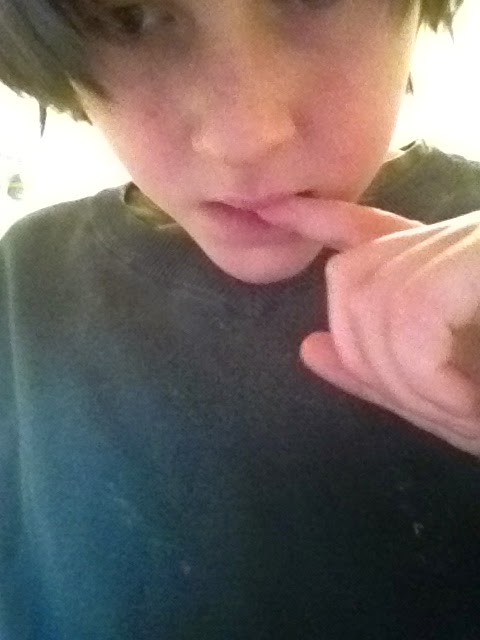 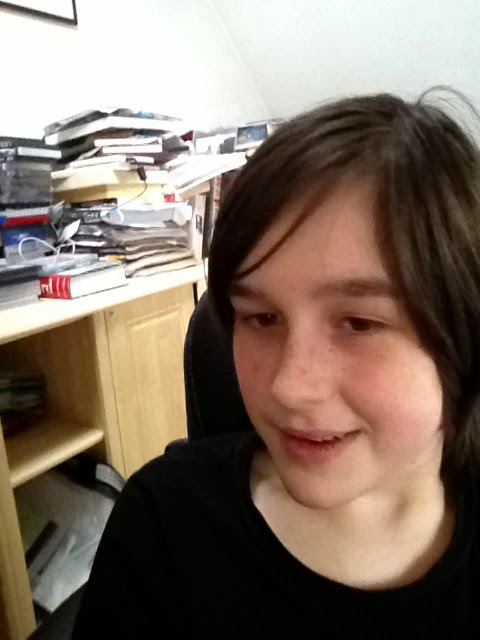 He often favours the technicolour photo settings on his ipad. I found a whole series of photos he made recently, where he holds little Gruffalo books above his head. It is clearly a message of some sort, and I wish I could guess the importance of this message. 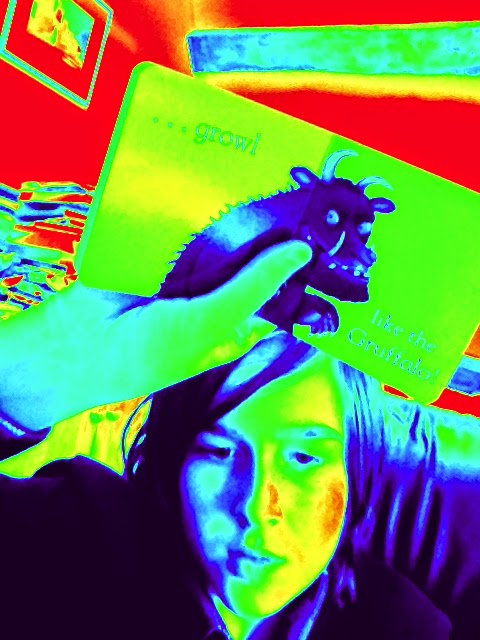 So here he is, not a Leonardo, not a Rain Man, not an Einstein... My lovely boy who is as unique as any other person with autism.


If you found this blog post interesting, you might want to see the other posts about Sasha's photography on my blog - see The fragmented world of Sasha and Sasha's Selfies.
Posted by Galina Varese at 16:04:00