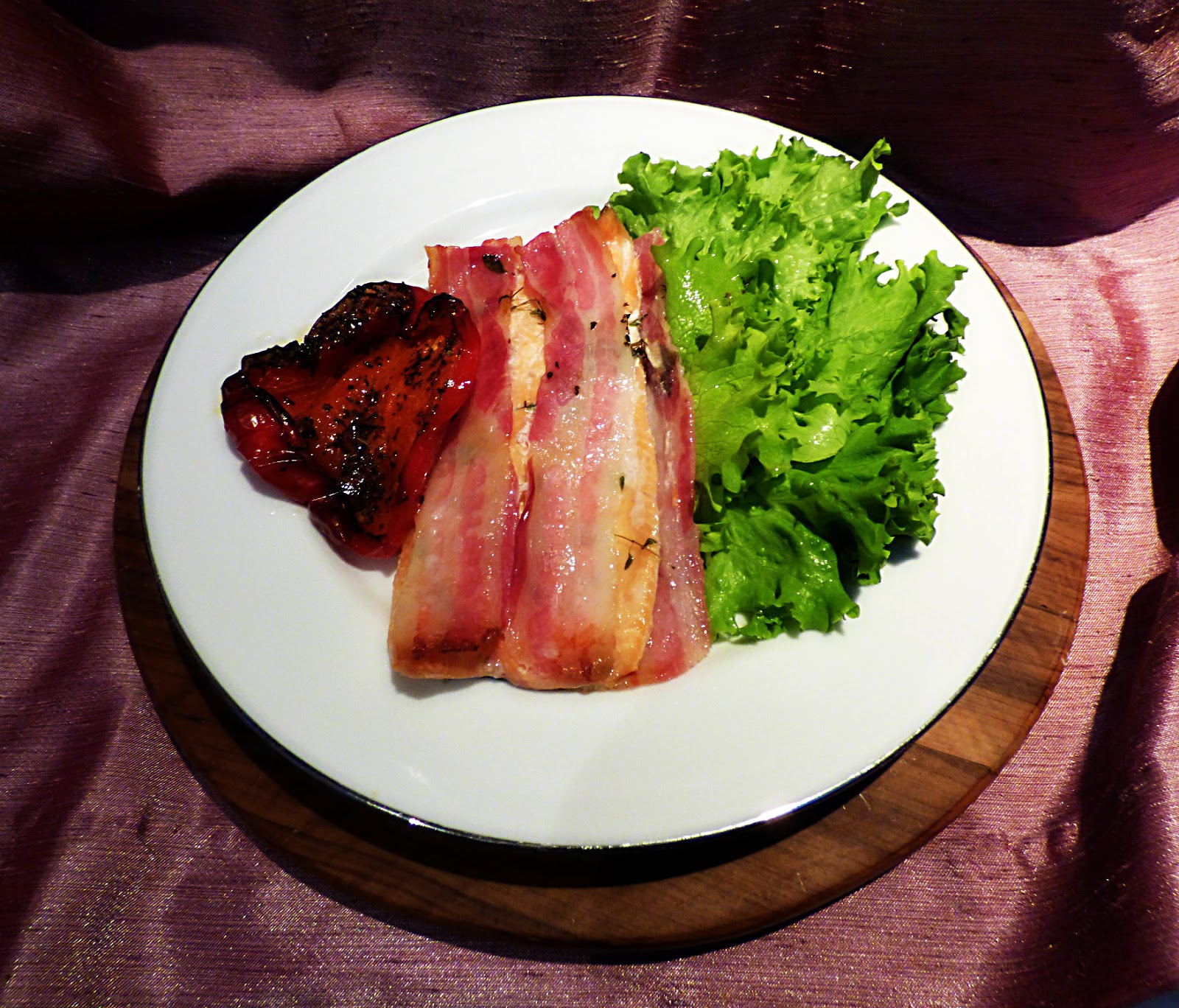 My home town Perm, Russia, and Oxford have become twin cities back in 2004, but long before then there were lots of people going on exchange visits. Thanks to this exchange programme between our Universities, I have met the most wonderful people. Some of them became my closest friends. And that's how I met my husband too, when he arrived to my home town to do research for his DPhil. We met 21 years ago, and married in 1996 after I finished my Master's degree in Canterbury.
I still remember our first bedsit, which was a college accommodation, in a house we shared with another newly married couple, and some single students. We cooked in the same kitchen and shared gossip and jokes. At that time my cooking repertoire was limited mostly to the Russian dishes. Being married to an Italian, I started learning the basics of the Italian cooking, and buying cook books.
About that time I bought a locally published cook book "Oxford in Europe" which collected the recipes from Oxford and its five twin-cities from across the world: Leiden, Bonn, Leon, Grenoble and Perm.
It's a very amateurish edition, and it makes me laugh at some of the supposedly Russian recipes, but hey, it was one of my first cook books, and I treasure it.
One of the local Oxfordshire recipes included in the book was for a trout cooked with bacon . Now, I confess, I have never come across this recipe before or after, and wonder just how much it is a regional speciality, and how much it is a recipe invented by one of the local families.
But it is pretty good, and I suggest you give it a try.
The recipe is very simple. I have slightly adapted it (the original recipe asked for 4 trouts and 8 bacon rashers). I cooked enough for the two of us, as my fussy little eaters would only eat fish as in fish fingers or tuna pate. Well, Eddie also eats fish and chips at school, but never at home. Sometimes I despair.
Now the original recipe has the most unfortunate name Isis Trout, named of course, after the local river Isis. But I don't want my blog posts to attract the wrong sort of people. MI5 are cordially invited to peruse my recipes, of course. But it's not an easy name, just look at what happened to the dog from Downton Abbey? Anyway, I renamed it as Oxfordshire trout. 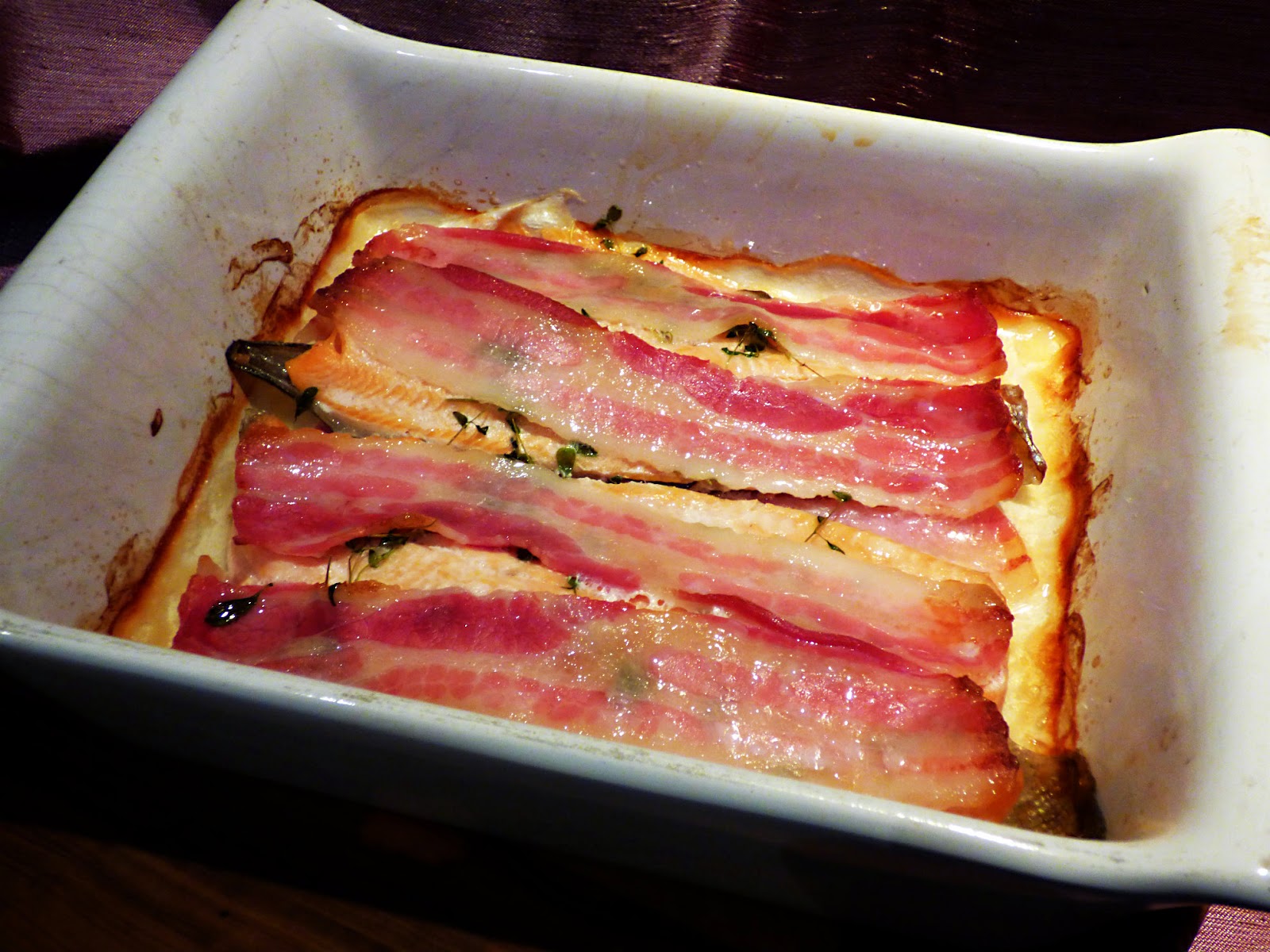 Take a ceramic dish, sligthly oil it and put half of the bacon rashers. Place two trout fillets on top, and place the rest of the bacon over the fish. Season with salt and pepper. Bake for 10 minutes at 180C uncovered, then cover with the foil and cook for another 10 minutes.

The trout works very well with the bacon.


Alison from Dragons and Fairy Dust is running a Regional Recipes linky. I'm adding my simple recipe to her linky. 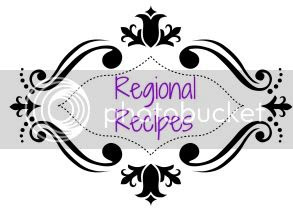