There is a plethora of jams, jellies and marmalades popular in Russia which are virtually unknown in the UK. Yet the Seville orange marmalade which seems to be so quintessentially British is not well known in my homeland. I tried it for the first time about 18 years ago, when I arrived to Canterbury as a British Council student. It must have been a humble supermarket fodder, and I wasn't much impressed. Since then, I have discovered some marvellous jam-making brands and have also learnt how to make my own Seville orange marmalade.
The story goes that the Seville orange marmalade was invented in the early 18C, when a Spanish ship with a cargo of Seville oranges found refuge in Dundee. The oranges were snapped for pennies by the local merchant James Keiller, and his wife turned them into a novelty preserve. 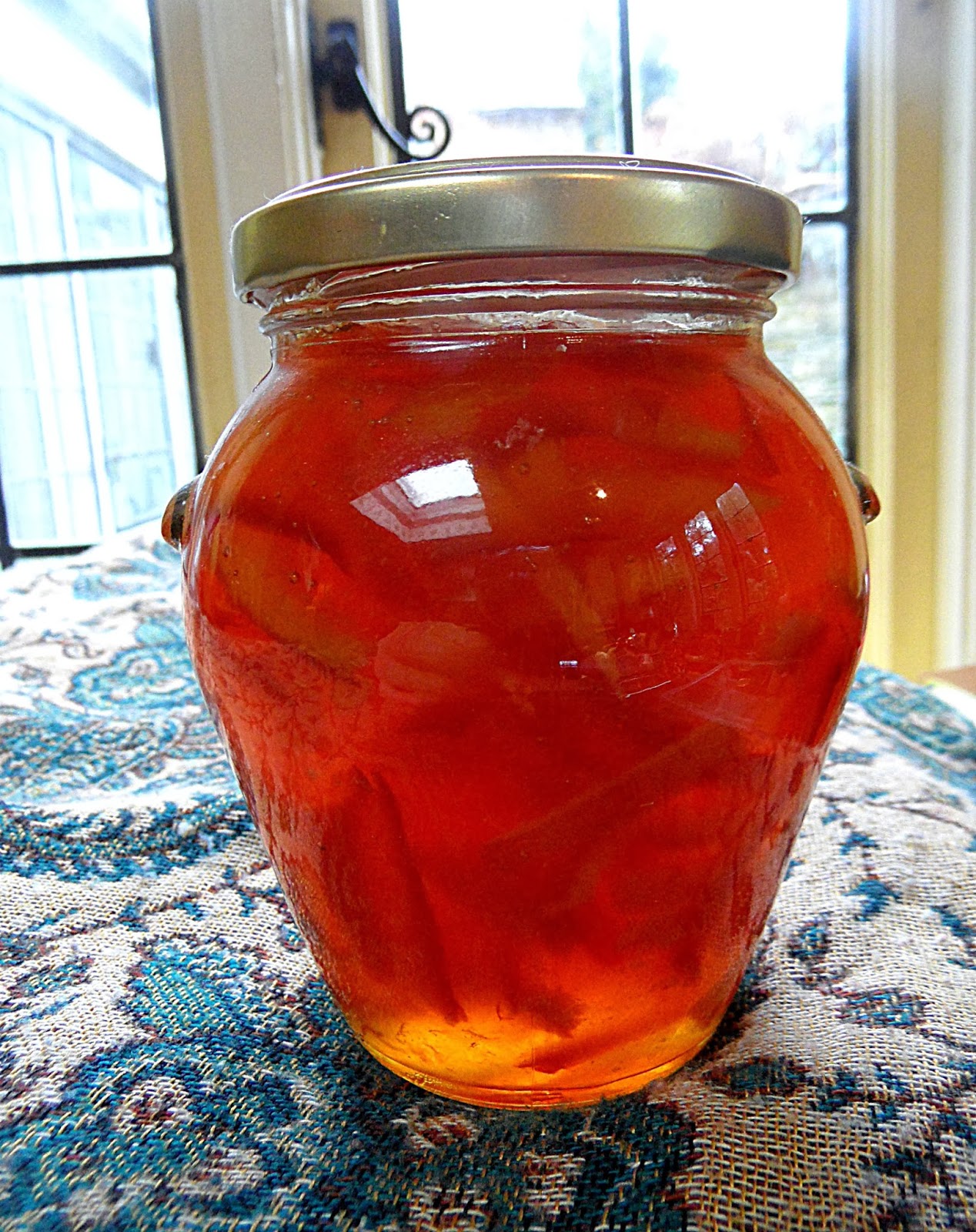 Take a cooking pan big enough to take in all the oranges, pour about 2 litres of water to cover the fruit as well as the lemon juice. Bring to boil, then lower the heat and simmer on low for 2 hours. At this point the peel will be easily pierced with a knife or fork. Once cooled to tepid, take the oranges out and let them drip via a colander over the pan to get all the juices.
Cut the oranges in half. Scoop the insides, pips and all (that gives a high pectin content to your preserve), add them to the pan with the water where the oranges were cooked. Bring the liquid to boil and cook for about 10 minutes. Then strain the liquid through a sieve, and using a wooden spoon, squash the orange bits through. Discard the remaining pips and pith. 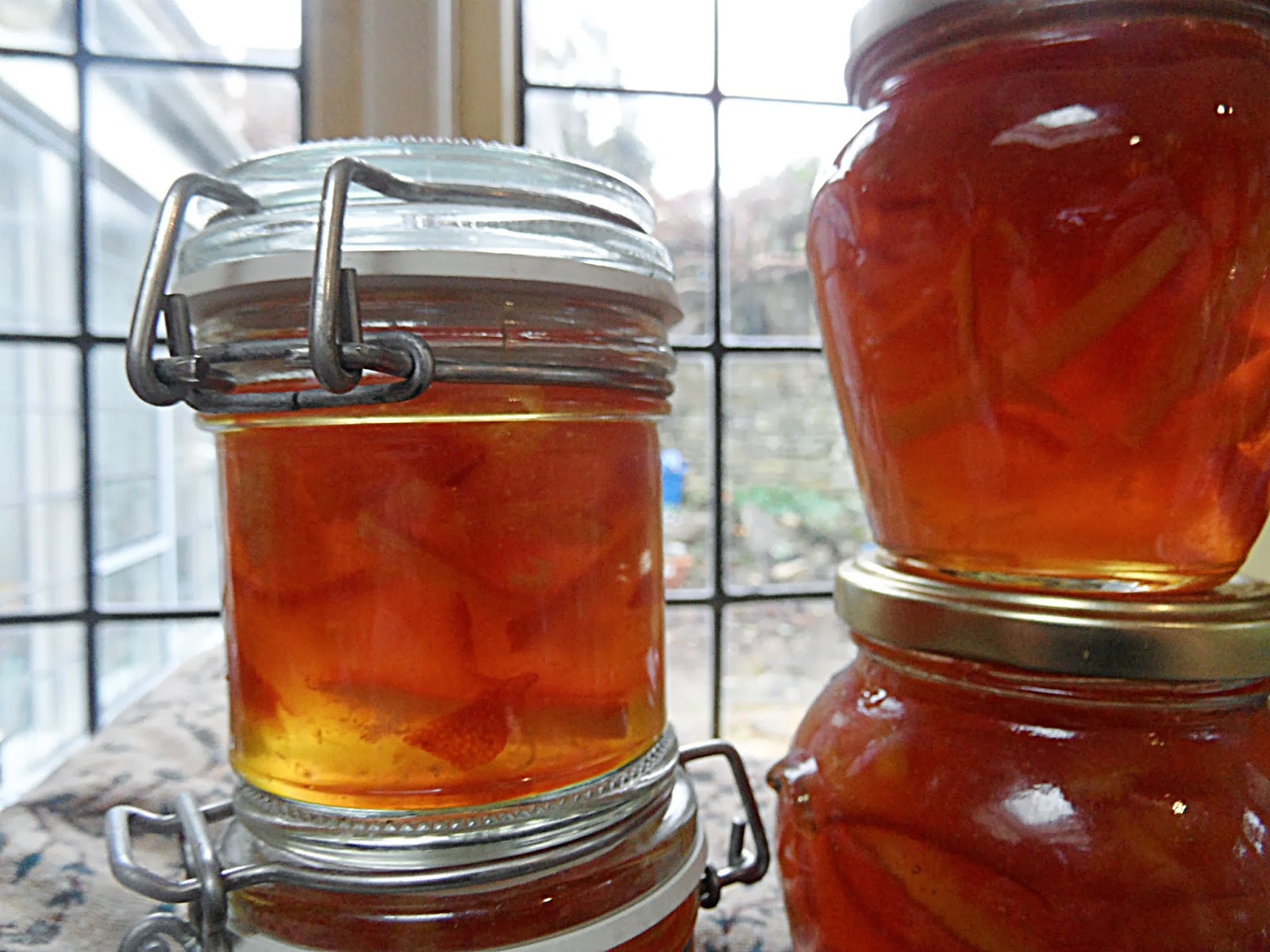 Cut the peel with a sharp knife into strips of your preferable thickness, fine or wide. Add the sugar, both granulated and preserving to the pan of orange liquid and bring to boil, until all the sugar is dissolved. Add the shredded peel. Bring to boil again and bubble rapidly for 20-25 minutes until the setting point is reached.
Add the whisky if using. You might want to add a little blob of butter to get rid of the scum, stir it in gently. Let the marmalade cool a little (maybe 10 minutes), then pour it with a ladle into sterilised jam jars. Seal them while still hot.
If you don't have blood oranges, just use the Seville oranges, but the combination of two types of oranges makes it more exciting and the colour is beautiful. 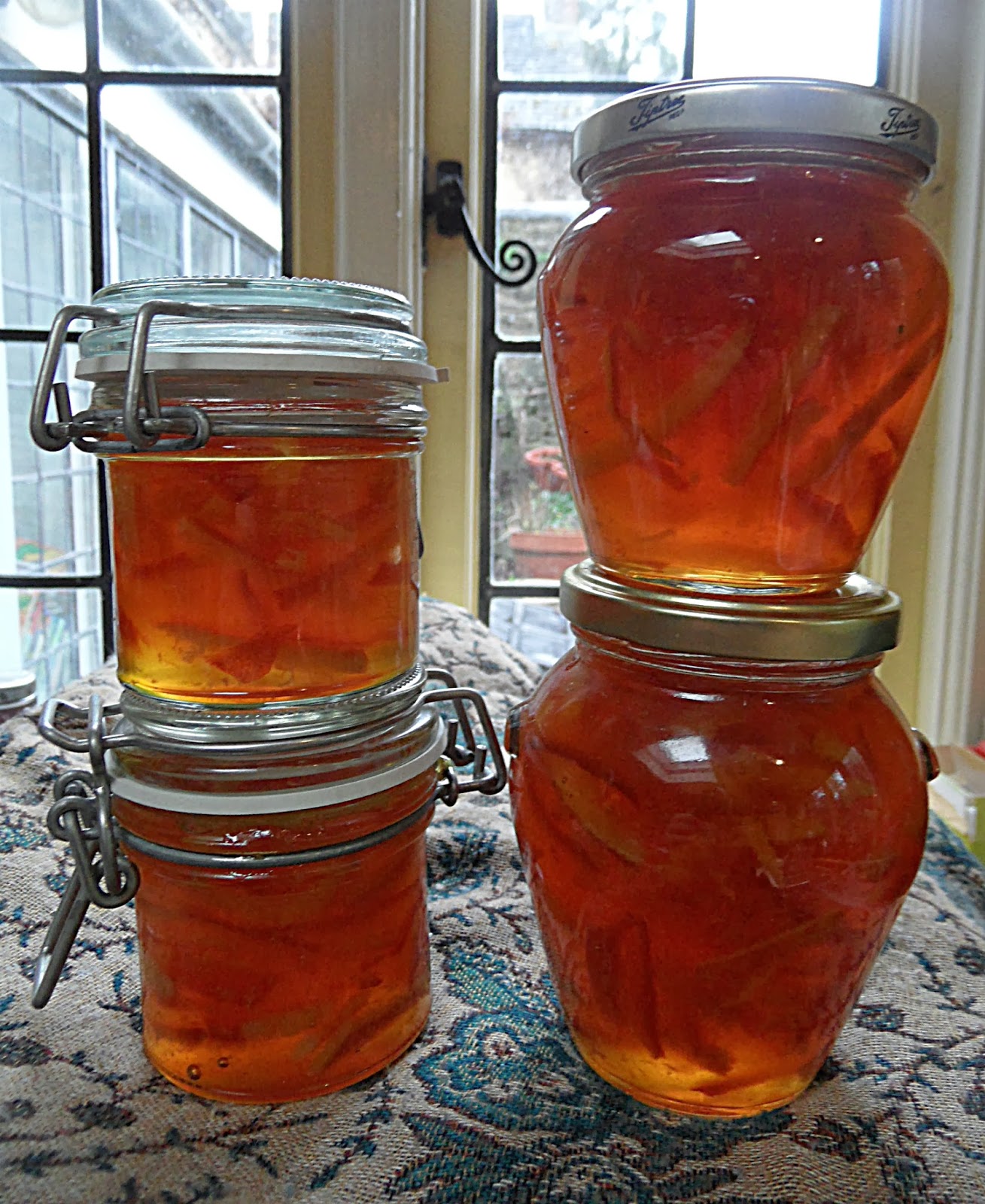 Chris from Cooking Around the World has invited the bloggers to submit a recipe which represents Great Britain, and though I'm fashionably late, this is my entry for this linky.