Jammie Dodgers have long been our family favourite. I remember the days when Sasha was much younger, and was happy to demolish a whole pack of Jammie Dodgers, given an opportunity (in fact we had to hide them, as he would go through the pack in one go). Eddie's less enthusiastic about them, but also enjoys them from time to time. There is something nostalgic about this classic biscuit, with its crumbly buttery discs "glued" together with a raspberry jam.
Good to Know site is well known for its mouth-watering recipes, and recently they have been running a Homemade food campaign. They asked me if I might be interested in recreating one of the homemade versions of the much loved treats like hobnobs or Twix.
Bravely enough, I agreed to try and bake my own Jammie Dodgers. 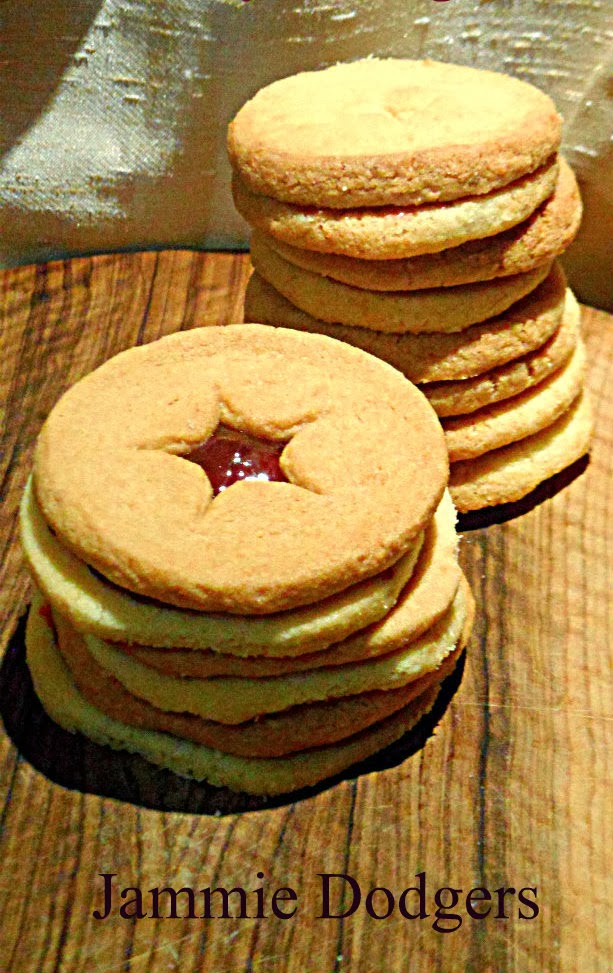 If you search online, there are quite a few versions of homemade Jammie Dodgers. My baking session was based around two similar recipes, one from Good to Know, and another published on BBC Good Food. Both are pretty, and looked simple enough.

Beat the egg yolk with sugar and vanilla essence. Add the flour and ground almonds (if not using the almonds, substitute with the equal amount of flour). Add the melted butter. Stir well with a fork, then using hands, make a dough ball. Place the mixing bowl with the dough in the fridge for 30 minutes.
Generously dust the working surface with the flour (you'll be adding more flour as you go, so don't yet put that bag of flour away). Roll the dough (half of the amount) to about 5mm thickness. Using a cookie cutter, cut the circles. Place them on a tray covered with foil or parchment paper. Roll and re-roll the leftovers to make as many cookie shapes as possible. Space the cookies on the tray evenly, they will spread during the baking.
For the second tray, do the same, but this time you will need to cut out the small size cookie cutter (I used a star, but a round shape would be more classic).
Bake the cookies at 180C for about 10-12 minutes, until golden. Take the trays out. At this point, the cookies will be still soft. Very soft. So be very gentle, or they will break.
Once cooled, sandwich them together with a teaspoon of seedless raspberry jam. 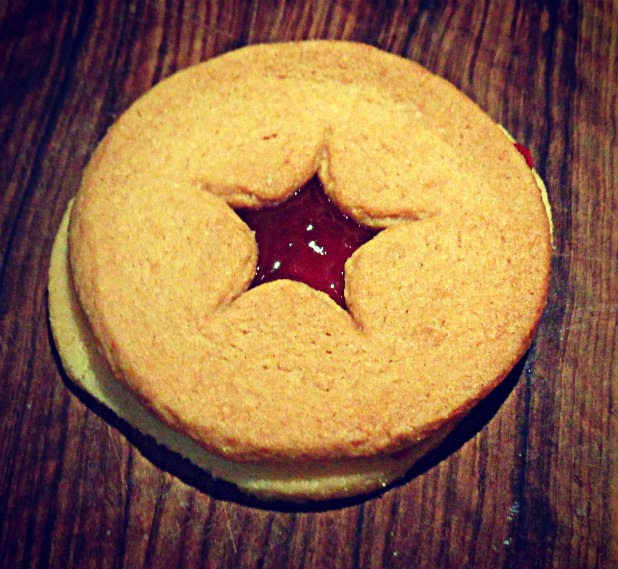 Well, that didn't sound too difficult, did it? Now the confession time. The bottoms spread quite a bit and looked much bigger than the tops with stars. So, our Jammy Dodgers looked very mismatched and totally un-uniform in appearance. To be honest, I haven't quite figured out how to keep them the same size. Perhaps trim the bottom circles while they are still warm and soft?
They tasted really great though. So, if you're not discouraged by their wonky appearance, the homemade version of Jammy Dodgers is pretty good. Even my rather fussy critical husband approved of them. 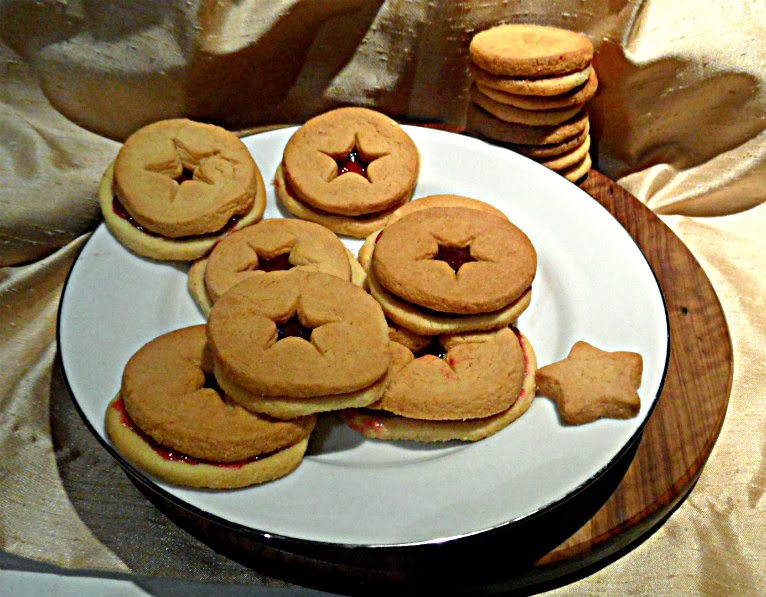 It looks like I was not the only one struggling with the homemade version of a sweet treat. Cheryl from Madhouse Family Reviews was creating Homemade Jaffa Cakes. Looks like neither Cheryl nor I are going to win GBBO with our latest baking creations. 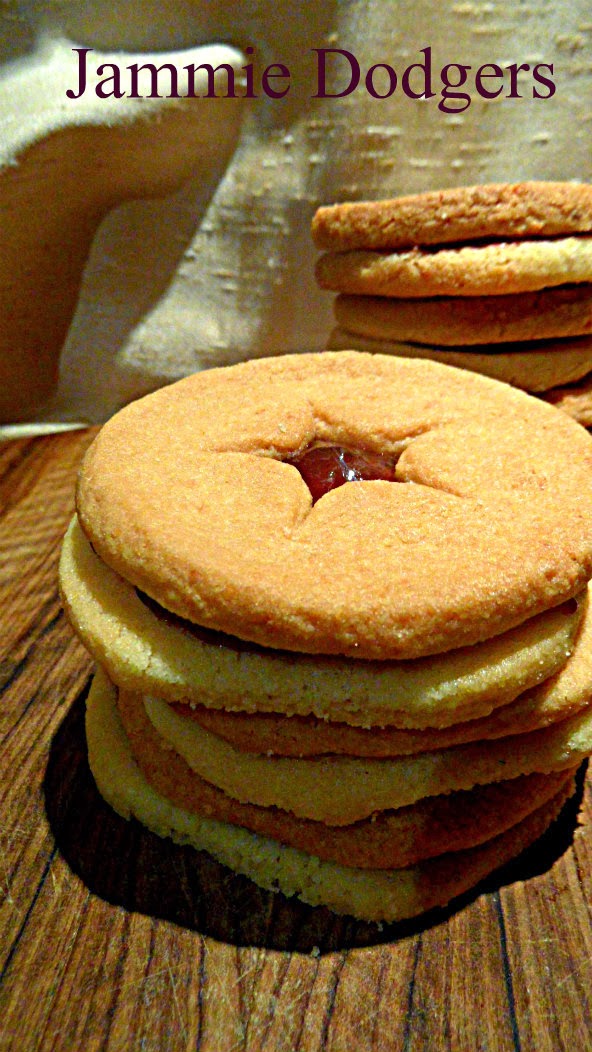 Have you tried baking your homemade version of well-known sweet treats?