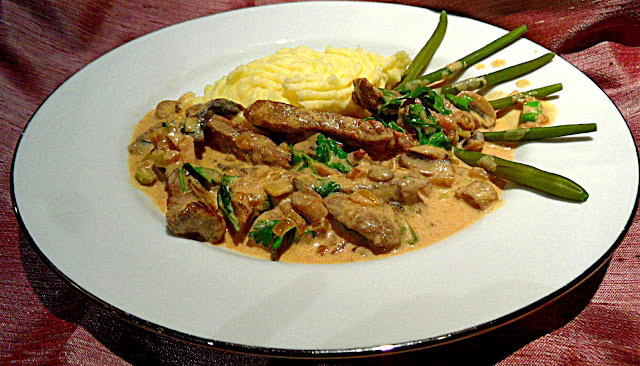 Beef Stroganoff (Бефстроганов Befstróganov), a well-known Russian dish, was named after Count Grigorii Stroganov (1770-1857) who belonged to one of the wealthiest families of Russia and served as an Ambassador to Sweden, Spain and Turkey. He was also known as a great gourmand, who loved to eat and always kept the best chefs at his household(s). One of them invented this dish for the Count who by then has lost most of his teeth and couldn't chew the steak. At least that's the version given in the Russian cook book Russkaya Kukhnya (Russian Cuisine: Traditions and Customs) by V.Kovalev and N.Mogilny. Somehow I trust their research and knowledge more than what Wikipedia says.
The classic version asks for 1kg of beef, 4tbsp flour, 4tbsp tomato puree, 150g soured cream, 2 cups of stock, 1 onion, 5-6 potatoes, salt and pepper. Classic accompaniment: chips or mashed potatoes.

Rodda's Cornish Clotted Cream have come up with their delicious version of Beef Strognoff, which I tested myself and loved, though it differs from the authentic Russian version.


My first thought on watching the video was: "No! Clotted cream instead of the soured cream! Is it going to work?"

I love Rodda's Cornish Clotted cream and often buy it when we have scones. It is perfect with the other sweet dishes and I also add it when making pasta. But this was the first time I have used it, cooking Beef Stroganoff (for the ingredients and the recipe watch the video above). 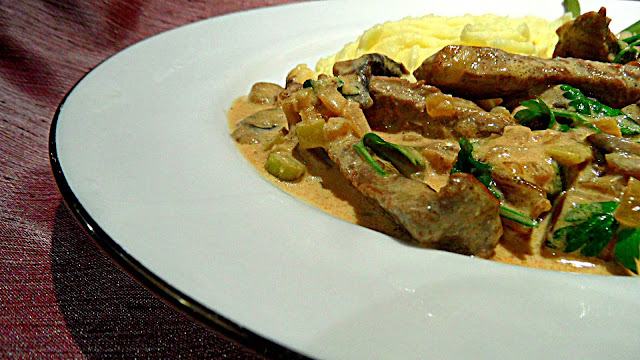 I followed Rodda's recipe closely enough, though I didn't use 2tbsp of paprika, and added just 1tbsp ofsmoked paprika. I have also added 2tbsp of soured cream to go with the clotted cream. Apologies, but my "Russian soul" demanded it. ;) And I used flat leaf parsley instead of chives. 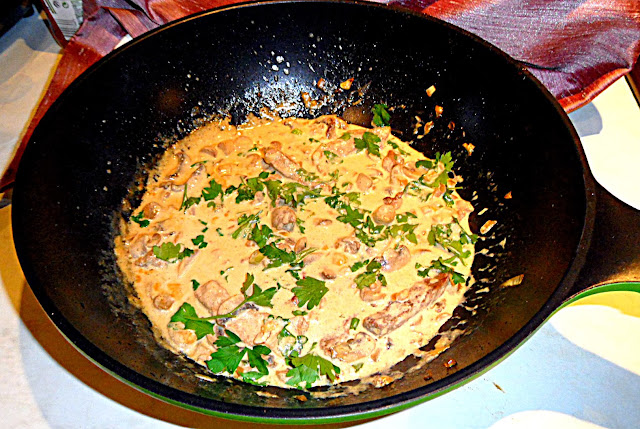 I served the Beef Stroganoff with the mashed potatoes and green beans. 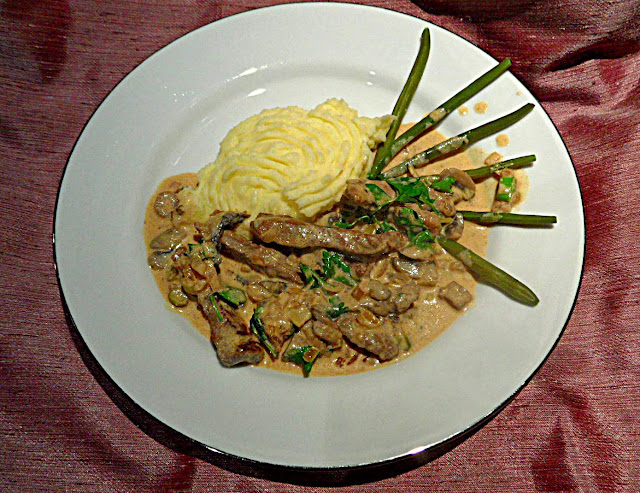 What did we think of it? My husband said that it was amazingly good. And I tend to agree with him.
It was definitely one of the best variations of Beef Stroganoff that I ever tried. It was luxuriously creamy. I mopped up all the sauce with a chunk of bread, it was too good to be wasted.
I appreciate that this is not a Weight Watchers version, but if you make it occasionally, it is truly worth trying to cook it Rodda's way.

Disclosure:
I received a hamper of Rodda's goodies to test the recipes. All opinions are mine.
Posted by Galina Varese at 09:29:00